New York State has had a complicated relationship with electric bicycles and scooters, and nowhere has that relationship been rockier than in New York City. E-bikes and e-scooters have faced legal gray areas and outright bans for years, but the day has finally arrived for these convenient forms of alternative transportation to be legalized.

The move comes as an agreement was reached yesterday for the state’s tentative budget.

The new regulations will legalize not only pedal-assist bicycles that travel up to 20 mph (32 km/h) while the user pedals, but also the more controversial throttle-controlled e-bikes that can hit speeds up to 25 mph (40 km/h) and don’t require any pedaling.

Electric bicycles and scooters were nearly legalized last summer after a bill containing a related provision was unanimously approved.

However, Governor Andrew Cuomo (D-NY) eventually exercised his veto power to kill it, as he was worried about the lack of helmet laws and other provisions that could result in safety concerns related to higher-speed electric bicycles.

Now it appears that an agreement has been reached to satisfy all sides. In addition to creating three classes of electric bicycles based on speed, e-scooters with speeds up to 15 mph (25 km/h) will be legalized in New York. However, riders under 18 years of age will be required to wear a helmet.

Another compromise in the current agreement precludes scooter-sharing companies from operating in Manhattan, though that provision can apparently be overruled eventually, according to the Verge. 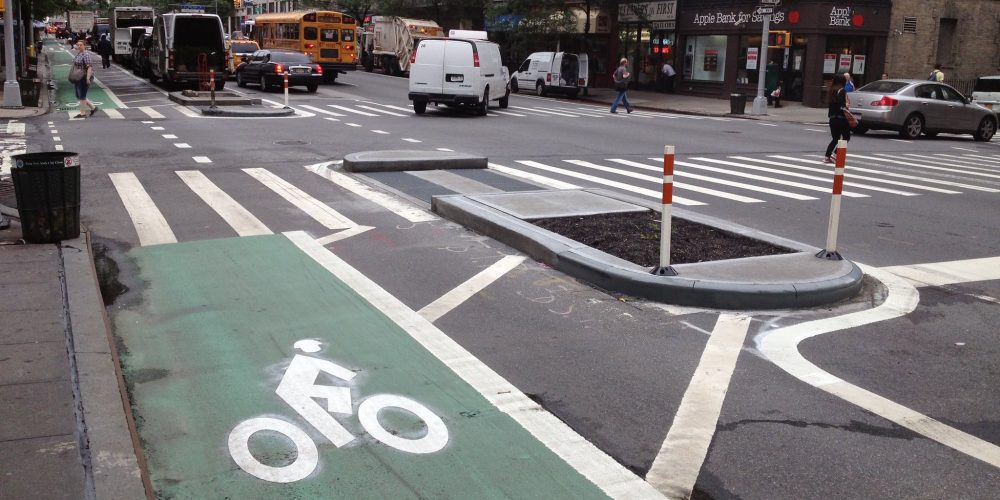 Their roles have become so critical during the lockdown that New York is currently experiencing that the NYPD decriminalized those e-bikes recently to allow delivery riders to continue to provide critical food supplies to New Yorkers. And now that the law will apparently be changed for good, these delivery riders can operate without the fear of police harassment that has hovered over them for years.

Another big benefactor here will be the scooter-sharing companies. They’ve had an eye on New York for the last few years, and the latest update to the law will finally give them a toehold in the state. Their operations will still be subject to permits from local municipalities, but that system is already in place in most states at this point.

As Lime’s senior director for government relations Phil Jones explained in a statement provided to Electrek:

Today marks a major step forward in how New York moves. E-bikes and e-scooters are valuable transportation options that will benefit communities across the state. Especially during this challenging time, micromobility is best suited to help New Yorkers get where they need to go. We applaud the delivery worker coalition for leading this decade-long charge to help bring more sustainable, convenient transportation to New York cities.

The only question remaining now is whether there will be enough electric scooter companies left after the lockdown to take advantage of the new laws. Lime and other scooter-sharing companies have all but ceased operations worldwide as part of an effort to reduce the spread of the coronavirus pandemic.