Electric bicycles have consistently proven to be one of the best methods of navigating urban environments, especially when compared against other alternatives for city commuting.

NYC appears to agree, and will be relying on them to help commuters cope with the temporary closure of a section of the city’s subway system early next year.

Beginning in January of 2019, the western portion of the L train will be shut down for 15 months. This important route crosses between Brooklyn and Manhattan, and carries around 275,000 commuters per day.

MTA has stated that they believe around 195,000 of the daily commuters will be able to divert to other subway lines, but that still leaves around 80,000 commuters in need of another way to get in and out of Manhattan.

While shuttle buses and other methods will make up a large chunk of the solution, NYC is also relying on a new fleet of electric bicycles from Citi Bike’s bicycle share program to pick up the slack and help get New Yorkers to work and back home.

In addition to the 1,250 pedal bicycles and 2,500 docking points that Citi Bike is adding to help alleviate the commuting crisis, they will also be launching an additional 1,000 electric bicycles to ease the crunch.

Unlike dockless electric bicycle share programs like Jump, the Citi Bike electric bicycles will need to be returned to specific docks after their use, where they can be rented out to other riders. While this method removes the dockless convenience of riding directly up to your destination and leaving the bike there, it does mean that you’re almost guaranteed to know exactly where the bikes will be when you need one instead of hunting around in hopes of finding one nearby.

Citi Bike has not yet released exact specs on the new electric bicycles, but the company’s operator Motivate also runs the Ford GoBike electric bicycle share program in San Francisco. Those e-bikes are based on GenZe electric bicycles, which can travel up to 18 mph (29 km/h) for around 25 miles (40 km) thanks to a 345 Wh battery pack.

In fact, GenZe’s electric bicycles and scooters have become popular vehicles for multiple e-bike and e-scooter shares across the country.

While pedal bicycles can be used pretty much anywhere, Citi Bike is hoping that the electric bicycles will help commuters on hills that can be harder to surmount on a pedal bike.

For this reason, the new electric bicycles will be installed in Williamsburg and Lower Manhattan to assist riders with the uphill climb on Williamsburg bridge.

Bicycles filling in for NYC’s public transportation is not unprecedented. On April 1, 1980, 33,000 transit workers went on strike for 11 days. The move crippled the subway and bus systems for over 3 million commuters. Bicycles reportedly turned into one of the prime ways for New Yorkers to get around the city during the outage. 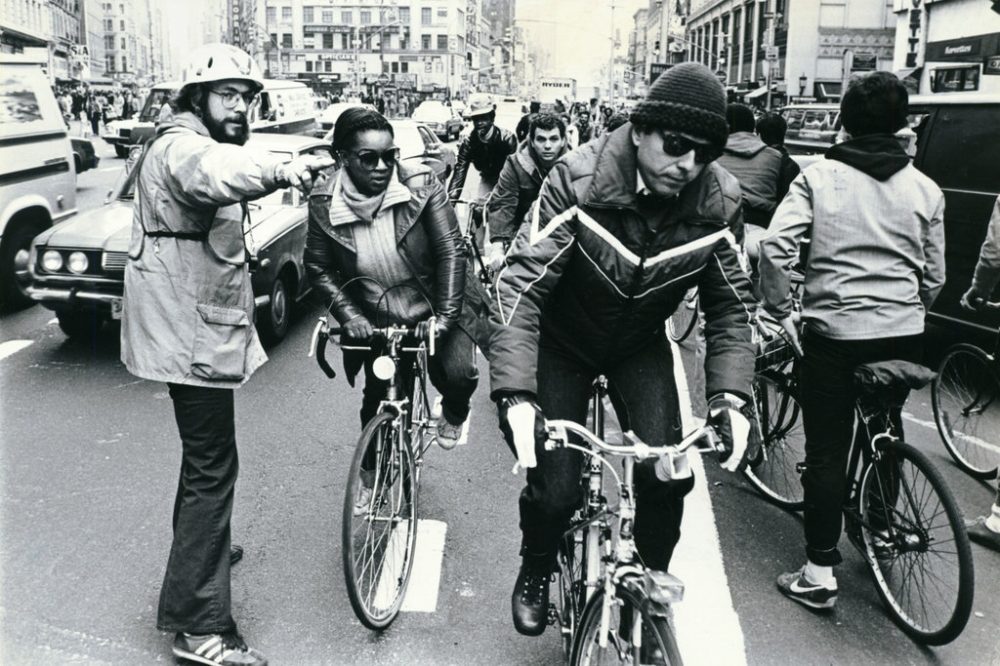 History has a funny way of repeating itself. Now 38 years later, New Yorkers will again be turning to bicycles to replace the subway. At least this time they’ll have an electric push to help them out.

I find this poetic in a way.

It wasn’t even three months ago that electric bicycles were illegal in NYC. The city went as far as citing and fining e-bike riders $500, and fined businesses that employed e-bike riders, such as delivery services and couriers, an additional $250.

Now the city has not only come to accept the advantages of e-bikes and legalized them, but it is now depending on them to keep their mass transit service from being crippled.

And it’s about time. E-bikes just make sense for cities. They remove cars from the road and they help people get to work and home faster and easier.

I think one of the biggest benefits of the new e-bikes deployed by Citi Bike will also be the chance to give people their first e-bike rides so they can understand the benefits of these bikes for themselves. One ride on a fast and fun e-bike and many will never want to return to a cramped and smelly subway car.