There’s never a good time for a pandemic. But for the engineers working on the all-electric Ford Mustang Mach-E, and now working from home, the timing could have been a lot worse. The final engineering sign-off on the base model was early February. So engineers can now do the last tweaks remotely, according to Robert Iorio, the Mustang Mach-E’s vehicle engineering manager.

Dozens of the electric SUVs are circulating between engineers, each one getting a thorough wipe-down before being swapped to the next home’s driveway.

All the Mustang Mach-E’s attributes — steering, ride, handling, performance, wind noise, and powertrain — are ultimately reviewed and approved by Iorio. “I’m like the chief technical officer for the program,” he told Electrek, in a call from his home.

If it were not for the pandemic, his team would be conducting meetings from inside the Mustang Mach-E. “We would be driving four up, or sometimes with someone in the middle, five people all cozy,” he said. That’s where the engineers would experience and discuss topics like road noise or performance. 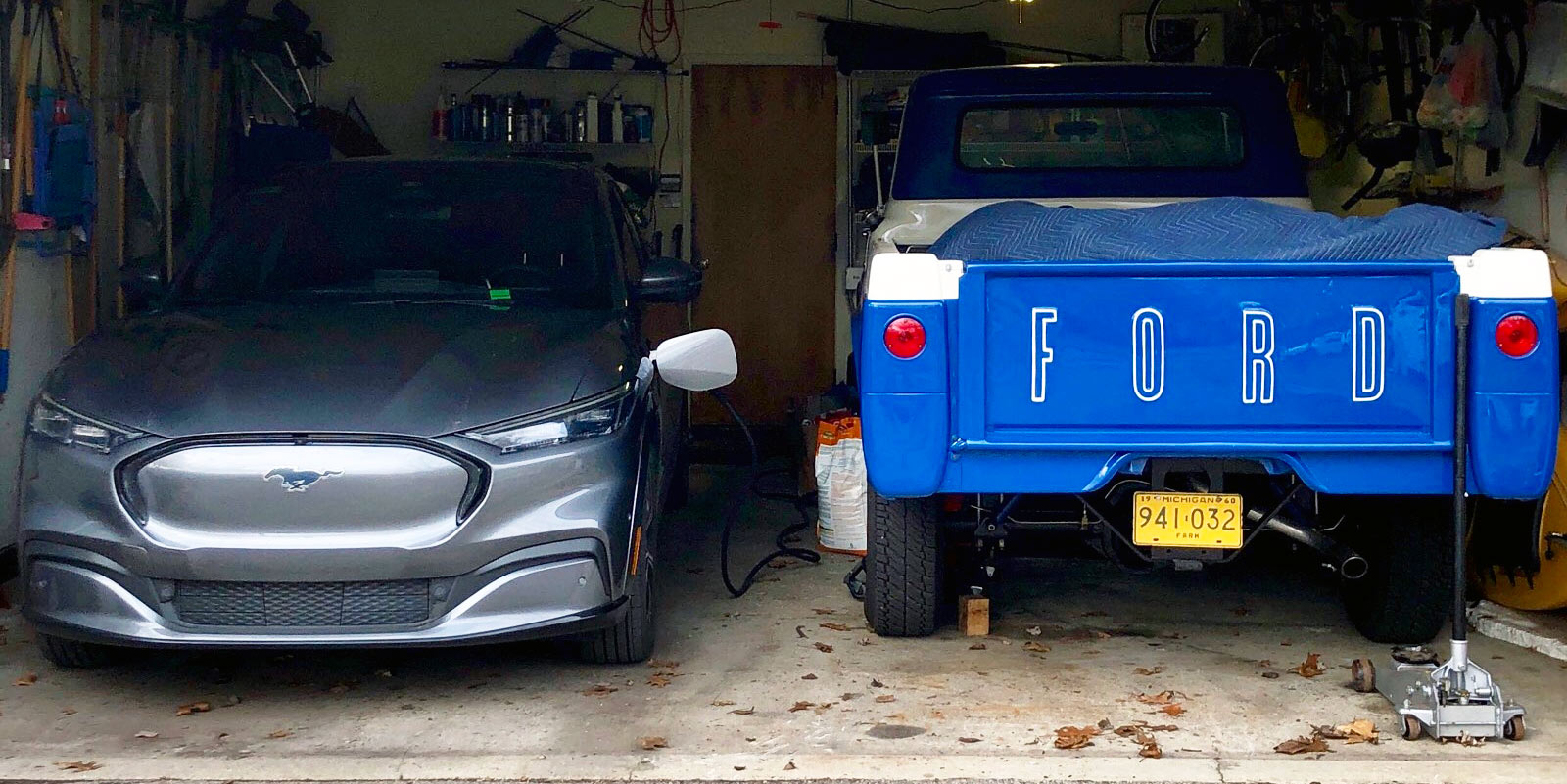 Instead, this is how the final tuning is happening for attributes like propulsion or charging:

Propulsion calibrators all have their cars at home. They have their vehicles with laptops on hard-mounted stands. And whether they go on drives or charge at Level One or Level Two, they can collect data. We have a WebEx meeting where they’ll share their data.

We write a lot of our own software. So if you’re a propulsion calibrator, and you work on certain features, let’s say creep, and it’s not doing what you want, you might have certain software changes that you can handle yourself. Or you may need an extra knob not written in the software. So you have a coder that you work with, and you can share what you’re seeing back and forth with them. They can give you a new piece of code, or you can do a peer review.

They’re keeping all their meetings going so they can keep releases moving toward production.

Iorio said, “It’s all really tiny things at this point. Just driving around the block, someone can make an assessment. I’m really excited about how the car ended up.”

The Mach-E used by Aleyna Kapur, an engineer working on communications between hardware and software

Iorio said that he personally took a Mach-E on a 150-mile ride. He said that the team likes to experience charging on brands of public chargers that are less common. “Every manufacturer interprets the standard differently in their software,” he explains.

Teams working on the Ford Sync infotainment system, which has a lot of EV-specific enhancements, brought home entire systems.

They all brought like their benches home that have the sync screen, or the cluster, and it’s operating in their living room or their dining room. They’re operating the sync screen via their laptop with their editing software. They brought those home so everyone’s doing as much as they can. 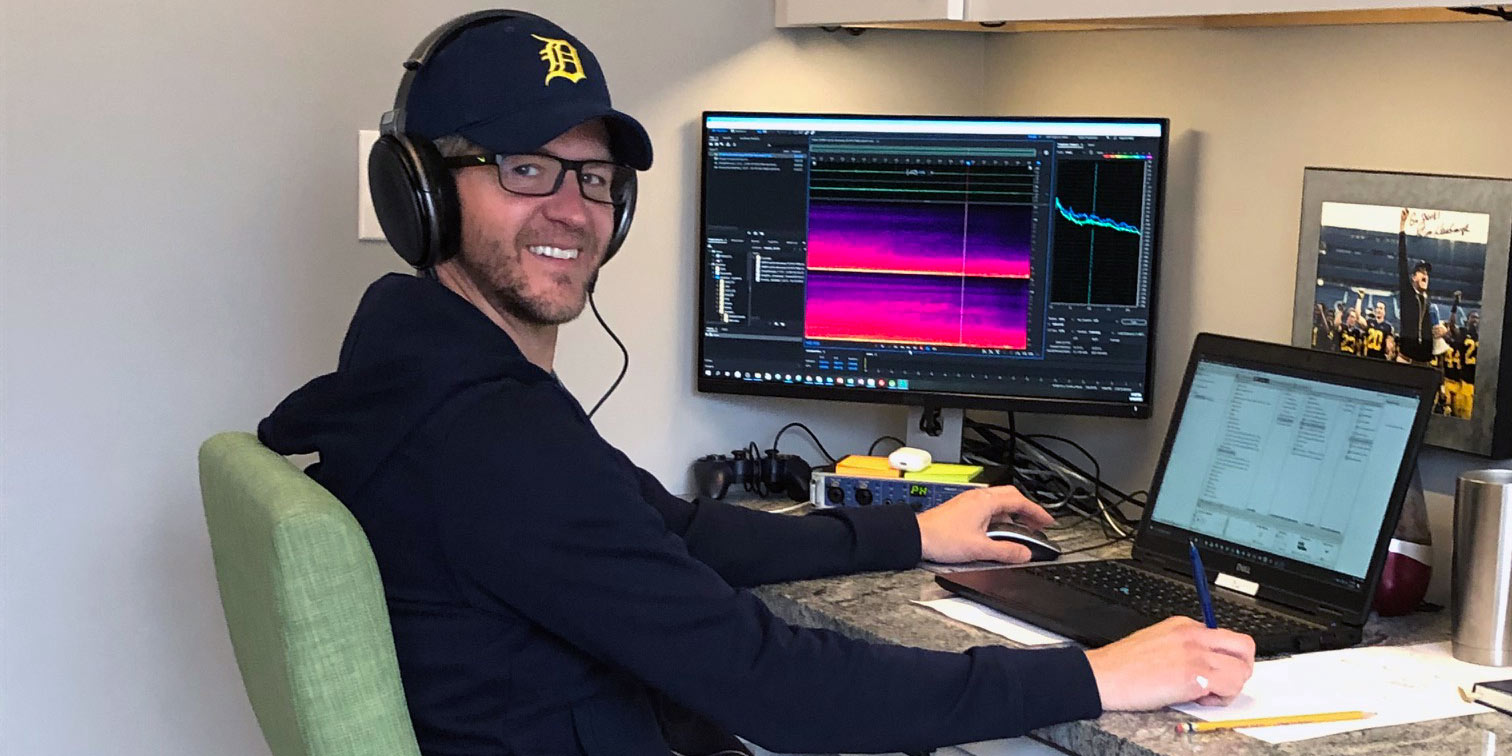 The base model is on track for market introduction at the end of this year. The Mach-E GT variant is only on a slightly later schedule. The GT doesn’t go on sale until mid-2021.

The final engineering sign-off of the GT is still a few months away, so tuning continues. Several pre-production GT models, modified from available base models, are distributed to engineers working from home.

A vehicle dynamics engineer who has a GT in the driveway might even change shocks or look at different tunings. They might go on a drive around the block to gather impressions and data based on the modifications. That info is then remotely shared and discussed with the team. How are they able to do this working from home?

For someone who works on vehicle dynamics, handling is a hobby for them. So they usually have another car in the garage and tools to do the work.