Ford preps dealers to get ready for Mach-E, waiting lists likely thru 2021

Ford is still about 10 months away from delivering the first Mustang Mach-E vehicles to US dealerships. Jason Mase, Ford’s electrification marketing strategy lead, told Electrek that the company is now helping dealers get ready with the necessary tools and training.

A Mach-E vehicle will go to 2,100 dealership showrooms for test drives across the US. But Mase expects most of the first-year output to go to reservation-holders, rather than walk-in buyers who will likely join a waiting list.

MotorTrend reported last week that Hau Thai-Tang, Ford’s chief product development officer, sees the Mach-E as part of the company’s “start small” approach to launches. That means small volumes at first, and then ramping up.

“If someone chose a Premium or a First-Edition model, delivery will likely be late this calendar year. If they chose a GT model, we let them know it will be next summer, 2021.”

“So we try to manage the wait by being transparent and staying in touch with those folks once they make a reservation. I think people go in eyes wide open. When you’re reserving something like this upfront so early, to be one of the first, that it might take a little while for the delivery.”

Mase said that Ford is helping dealers get ready, both in terms of accepting reservations and installing equipment, such as at least two Level 2 chargers per store. “We want to make sure they have the right equipment for safety in the service bays,” he said. “Something as simple as a table to put the battery on, if you lower it out of the vehicle.”

Every dealership will have an EV specialist. “We will have a specialist at the store that thinks, sleeps, and breathes EV,” said Mase. “You want to have a subject-matter expert on hand, a sort of Genius Bar, where someone can go a little deeper.” 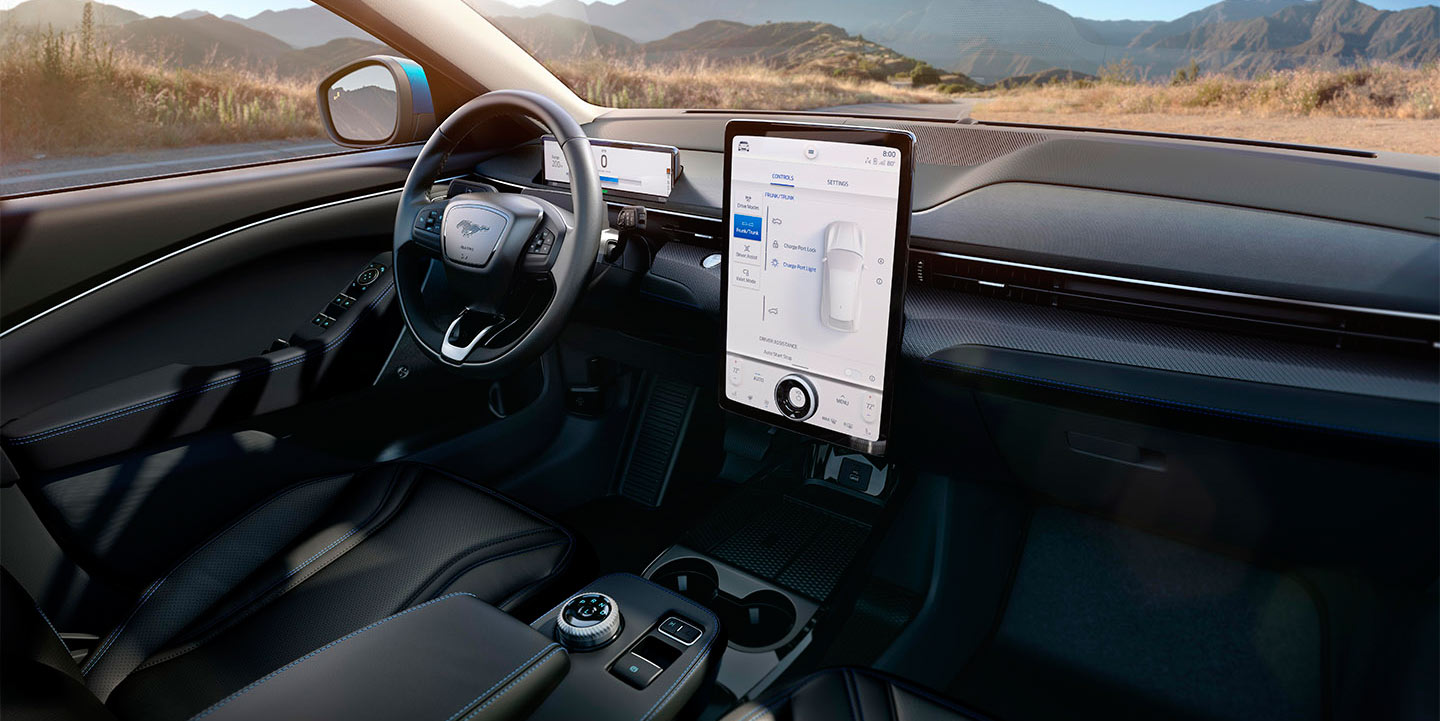 Reservations continue to roll in

Mase said that new reservations continue to come in – based on some television advertising as well as the Mach-E being shown at regional auto shows. “Both in the United States and Europe, we’ve had some spikes in reservations along the way,” he said. “Folks are still getting their head around the fact that Ford has this new battery-electric.”

Mase said, “These customers are real. It’s not like chasing Bigfoot or the Loch Ness monster. There are people who are out there looking for electrified products. Mase added that Ford is also getting a lot of interest in the Mach-E from current Tesla owners. He said that dealers learning about the Mach-E’s capabilities were experiencing a “shift of mindset.”

The mindset shift at Ford is not happening fast enough for Morgan Stanley. Last August, Morgan Stanley made Ford its top pick among US auto companies. “This was the wrong call,” the firm said in a report yesterday. Morgan Stanley criticized Ford for continuing to invest in hybrids and ICE powertrains, instead of taking a “straight-to-EV path” which the firm believes is the winning strategy.

There are reports today from the Mach-E Club website and others about the first Mach-E units going to Europe instead of the United States. But nothing has changed regarding the US rollout. The first models will arrive between fall 2020 and the end of the year. And the first year’s global output of 50,000 units will be sold throughout 2021.

Mase similarly told us that finding the right global distribution, to meet demand in countries like Norway (and CO2 regulations in Europe) was “part of the calculus.” He said that consumers in Europe and the US were both showing keen interest in all-wheel-drive and long-range versions of the Mach-E. 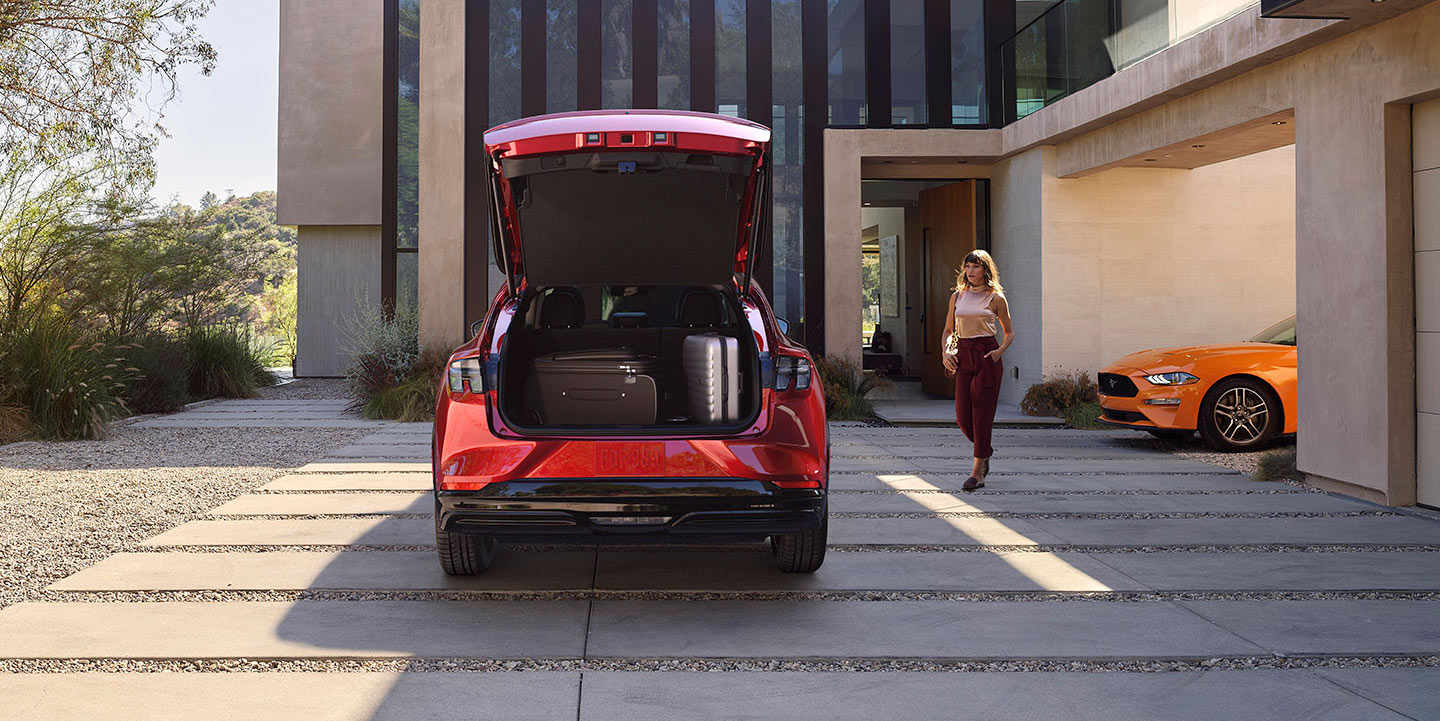 Given the keen interest and limited availability, consumers should not expect deals or discounts. Mase told the Mach-E Club, “While the original deposit is with Ford, once an order has been filled out, it’s with a dealer. So it will be up to the dealer to decide.”

Reservations ensure your place in line. As production approaches, Ford will contact reservation-holders about desired specifications.

When we asked Ford about the potential for expanding production volume beyond 50,000 units, a company spokesperson said the company had “earmarked” that volume based on the availability of batteries.

We’re in a waiting game for the Mach-E. The first units will arrive late this year. And the remaining units will slowly reach dealerships throughout 2021. So there’s a lot of time for Ford to get ready.

However, it’s a tricky balancing act to produce only enough units to make the Mach-E a hot item while not slowing down the transition to EVs. Ford will barely make an appearance in the EV market in 2020.

So if Mach-E units only trickle out in 2021, it will add to the perception that Ford is late to the EV game. We believe it’s better to hit the accelerator.