Honda will begin to sell its all-electric Honda e minicar in Europe this summer. Tom Gardner, Honda’s Europe chief, this week confirmed that a second EV from the Japanese automaker will also launch in Europe between 2021 and 2022. Details were not provided.

Honda expects to sell about 10,000 units of the Honda e annually in Europe. The cute, retro EV is not coming to the US. The Honda e has a 35.5-kilowatt-hour battery, providing a range of 138 miles using the generous WLTP cycle.

Gardner acknowledged that compliance with Europe’s CO2 regulations was motivating the company to modify its vehicle lineup. He said:

The pace of change in regulation, the market, and consumer behavior in Europe means that the shift toward electrification is happening faster here than anywhere else in the world. As the pace of change continues to accelerate, we need to act sooner to meet these challenges head-on. 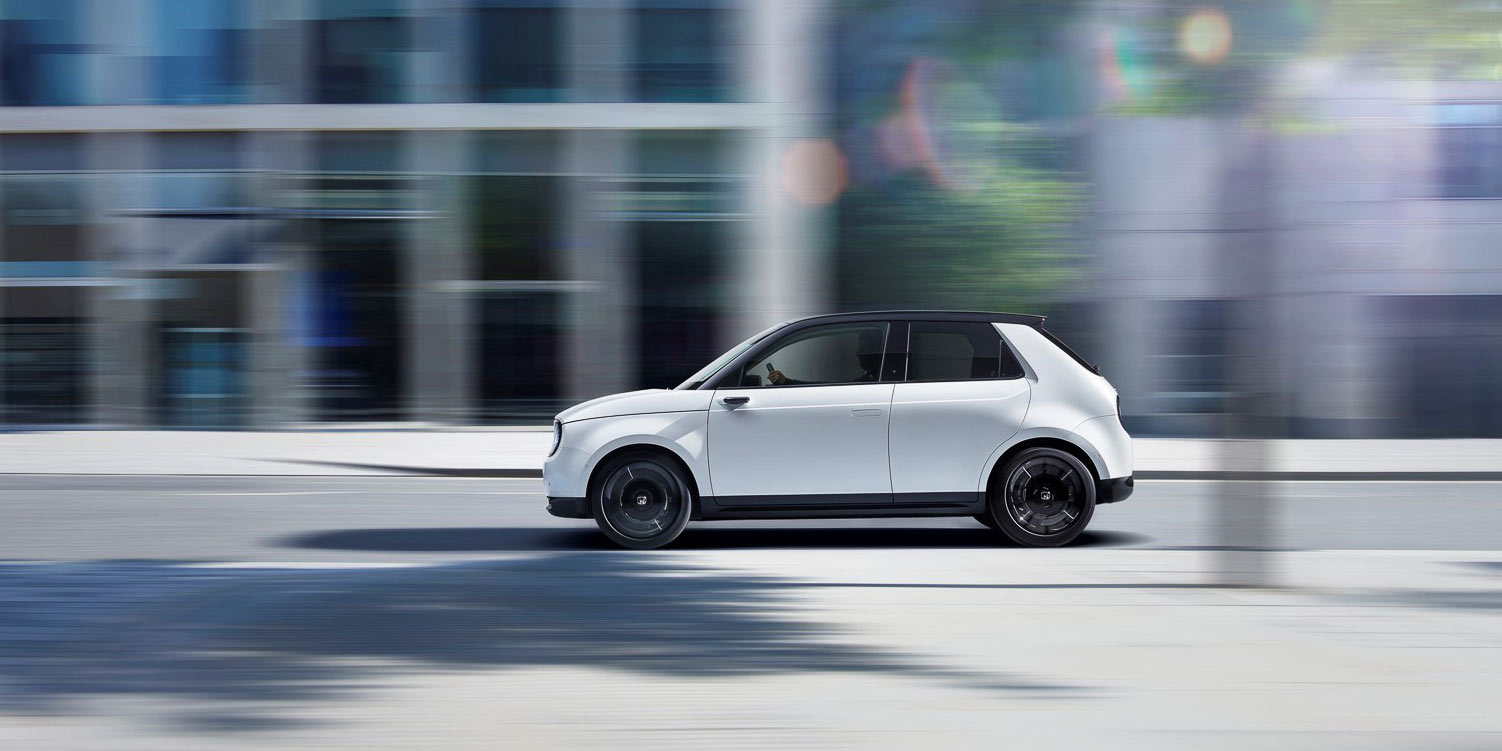 The second Honda EV will be one of four new “electrified” cars Honda will launch starting next year. One of those models will be a hybrid version of the next-generation Civic. Honda said that it’s also considering a plug-in hybrid version of the popular Civic compact. Given the small dimensions of the Civic, a PHEV variant would likely be the most efficient plug-in hybrid on the road.

According to Automotive News, Honda might also bring the Clarity plug-in hybrid to Europe. EVs and plug-in hybrids will likely make up no more than 5% of Honda’s sales in Europe by 2021, according to a January 2020 report from PA Consulting.

Gardner said that the hybrid version of its CR-V compact SUV, launched in 2018, now accounts for 60% of the model’s sales in Europe. In addition to shifting to hybrids, Honda said that it’s quitting diesel and putting hydrogen on hold.

Honda showed off chargers in Amsterdam last year. But few of its models will use them

The two other new “electrified” Hondas are expected to be the HR-V hybrid SUV and a new Jazz, sold in the US as the Fit compact hatch. The Fit will be available only as a hybrid.

In July 2019, Honda said it is planning a global electric-vehicle platform to underpin larger EVs envisioned for the US, China, and other markets. The new EV architecture will not arrive before 2025. Like the Honda e, the larger EVs will be rear-wheel drive.

Honda CEO Takahiro Hachigo, in December, said the Japanese automaker would prioritize hybrids over EVs. He said, “I do not believe there will be a dramatic increase in demand for battery vehicles.”

But in Europe, EVs are necessary sooner rather than later to meet regulations. So details about that second Honda EV could emerge later this year.

In the meantime, Honda dealerships in the US will continue to lack a single pure electric model. That gap is likely to continue until about 2025, when Honda’s new EV platform yields a larger, long-range, rear-wheel-drive electric vehicle for the US market.

It’s hard to understand why Honda is so reluctant to make the shift to EVs. Unless the company has some surprises in store, that’s what’s happening.