Lucid just announced the Dream Edition of the Lucid Air to be unveiled at the New York Auto Show (NYIAS) in April will be powered by the LG Chem cells. Cylindrical cells from the global battery supplier were selected due to their energy density and high availability.

A spokesperson at Lucid told me recent reports note several traditional automotive OEMs (Audi, Jaguar, etc) were forced to delay or slow production of specific EVs due to a shortage of battery pouches. In announcing LG Chem as the battery supplier for standard versions of its upcoming Lucid Air luxury EV, Lucid specifically selected a cylindrical battery cell from LG Chem – as opposed to a pouch-style cell the company is known for. Lucid says it will avoid supply issues with that format.

Lucid Motors chose LG Chem’s cell batteries for two reasons. First, it avoids potential production bottleneck associated with the company’s battery pouches. In this way, it locks in core volume productions of the battery cells for the Air for the next several years. Second, Lucid says it selected the LG Chem cells for their ideal level of efficiency for the standard versions of the Lucid Air. It tells us the LG Chem cells will meet or exceed all the company’s target goals for range, energy density, recharge/discharge rates, and more. They feature the most compact, yet energy-dense, battery-pack form possible. 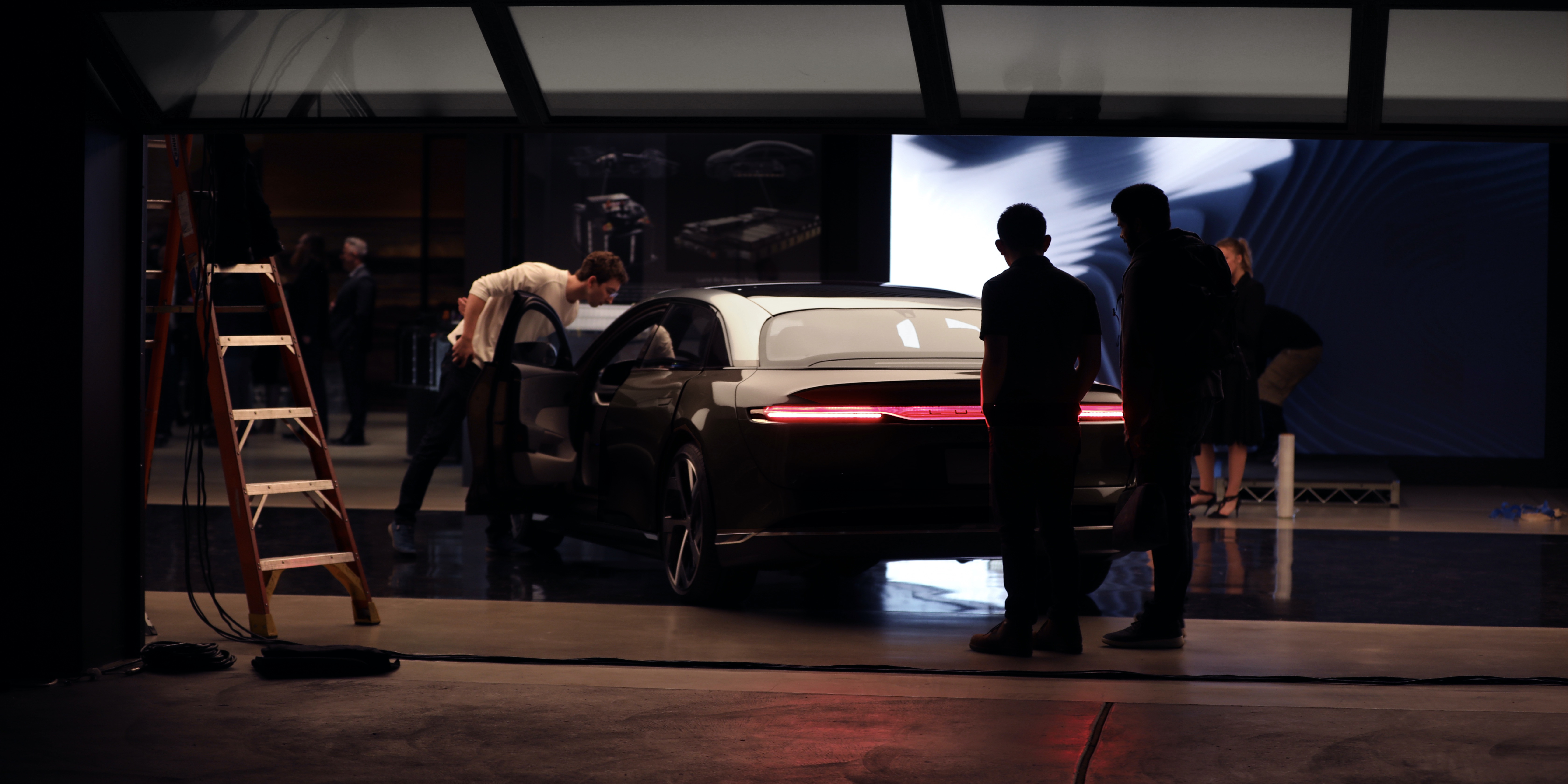 Lucid designed its Air based on its proprietary battery architecture and flexible manufacturing technique. This has been one of the founding concepts of the Air and its many versions coming up.

We will be at the unveiling of the Air in April of 2020. We will know more about its final interior and exterior designs, production specifications, available configurations, and pricing then.

What Lucid choosing LG Chem cells means to the industry

Lucid sends a powerful message to the EV industry choosing cells over pouches. By using LG Chem’s cells, it hints at delivering the Air on time instead of running into production delays. We have heard all too often that pouch availability was the reason behind delays. Now, there are no more excuses.