Renault’s bet on the Zoe electric car is starting to pay off. Sales surged to almost 10,000 units in Europe last month and the vehicle is becoming one of the brand’s best-selling cars.

Despite being only sold in Europe, the Renault Zoe is one of the best-selling electric cars in the world.

Total deliveries have now surpassed 250,000 units and what is most surprising is that sales are not slowing down.

That’s twice as many units as the previous month and a 156% increase over the same period last year.

In January, the Zoe was Renault’s second best-selling car in Europe – second only to Clio 5, which was delivered in higher volume:

Last year, Renault delivered 45,745 Zoe electric cars in Europe. It represents a 19% increase in sales over the previous year: 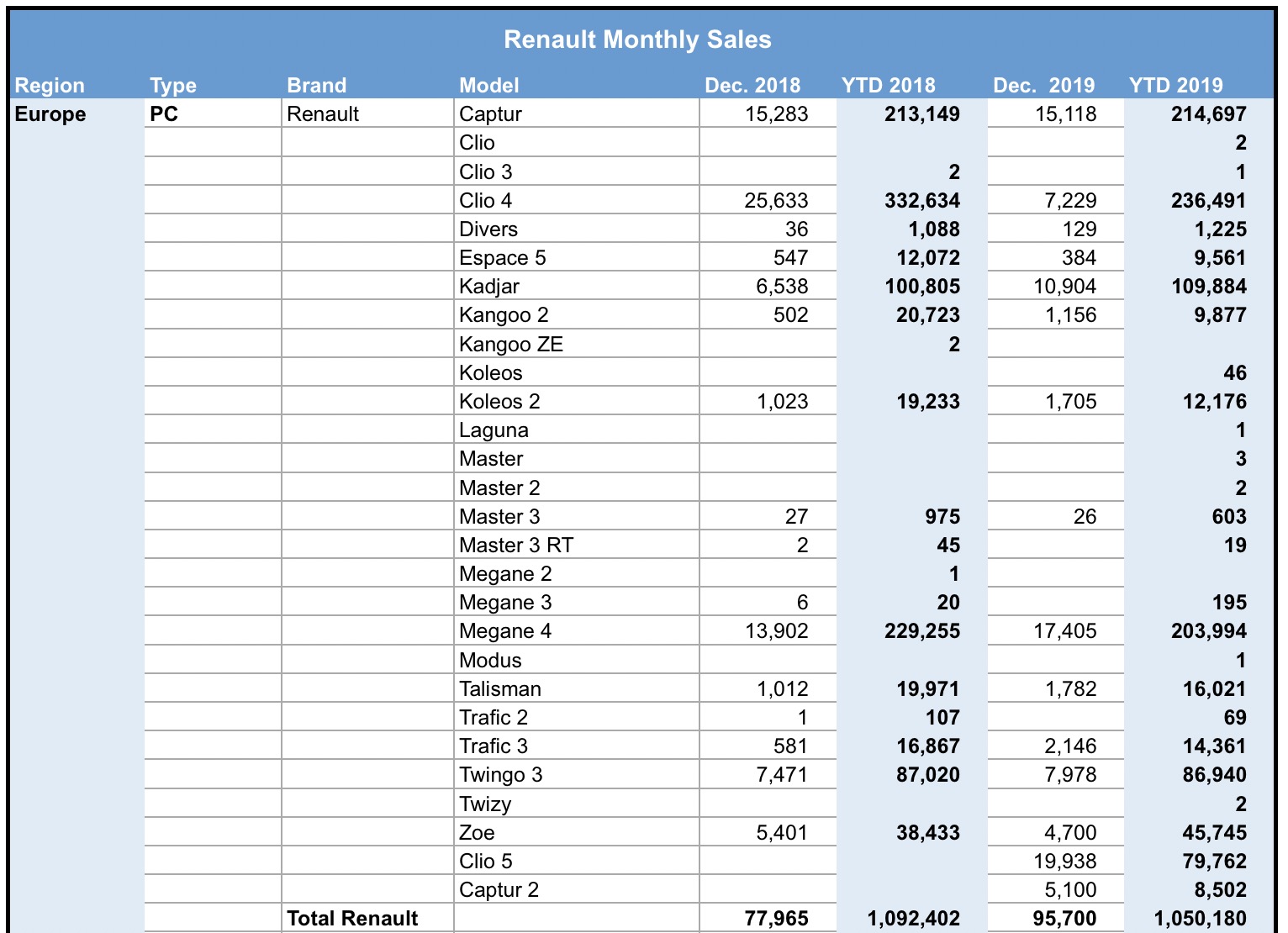 The Zoe’s momentum is helped by the fact that Renault is often updating the vehicle with better specs and new designs.

The 2020 version of the electric car introduced one of the biggest changes to date with a new 52 kWh capacity.

Renault says that it enables 390 kilometers (242 miles) of WLTP-rated range:

“New ZOE has a Z.E. 50 battery which takes its range up to 390 kilometers on the WLTP. It now also offers fast direct current charging, an addition to the alternating current charging options already available at home or on the street.”

The new Zoe is also equipped with a new 100 kW motor to give it a little more power and 50 kW DC fast-charging.

We tested out the new version of the Zoe last year and came out fairly impressed by the little electric vehicle.