Add another EV to VW’s electric roadmap: the off-road Ruggdzz

Volkswagen has promised 20 new EVs by 2025. Most of these models combine an “ID” prefix with a double “zz” in the name. There’s the ID Crozz crossover coming later this year to the US and the ID Buzz van to follow. VW unveiled the ID Vizzion wagon at last year’s LA Auto Show.

The UK’s Autocar reported today that VW will also introduce the off-road-oriented ID Ruggdzz in 2023. Volkswagen told the publication that it wants to create a line of electric models “with the same timeless and classless qualities as the original Beetle.”

The ID Ruggdzz, according to Autocar, is about the same size as the ID Crozz. Yet, inside sources revealed that the rugged new concept would have very different styling than the Crozz. It promises a full-width grille, rectangular headlights, an upright hood and windscreen, and a flat roofline. There reportedly will be abundant use of translucent body materials.

Autocar says that both five-seat and an extended-wheelbase seven-seater will be offered. An off-road variant could feature roof-mounted spotlights.

In a 2017 interview with Car and Driver, VW CEO Herbert Diess hinted at an electric version of an off-road adventure vehicle like the iconic Volkswagen Thing.

The Ruggdzz could represent the same idea and perhaps would be a low-cost competitor to Rivian’s adventure vehicles.

In 2019, the company introduced the ID Buggy (hmm, no z’s) that combines a 62-kWh battery pack with a 201-hp electric motor driving the rear wheels. The ID Buggy is a concept with no firm plans for production. 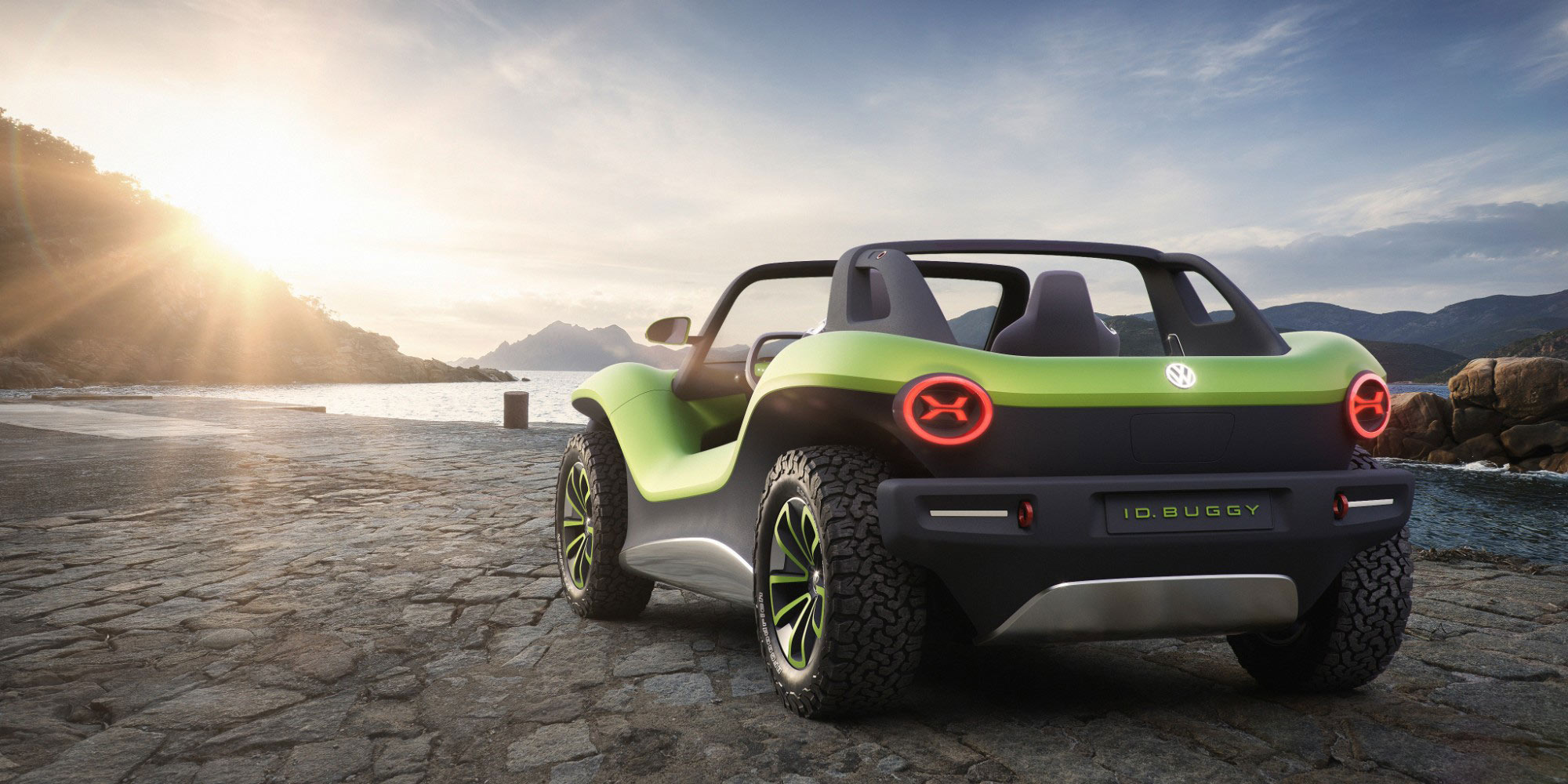 Electrek reached out to Volkswagen to confirm reports about the Ruggdzz. No word yet, but we’ll update this post when VW responds.

Most of VW’s electric plans sound good. But the ID Ruggdzz is not expected until 2023. That’s a long wait in the fast-moving EV market.

It might make more sense for VW to abstain from further announcements (and try to prevent leaks) about any more EVs until the company starts delivery of the ID3 in Europe this summer and the ID Crozz in the US at the end of 2020.

As cool as a recreational off-road EV would be, news about the far-off future EVs start to get boring. Zzzz.