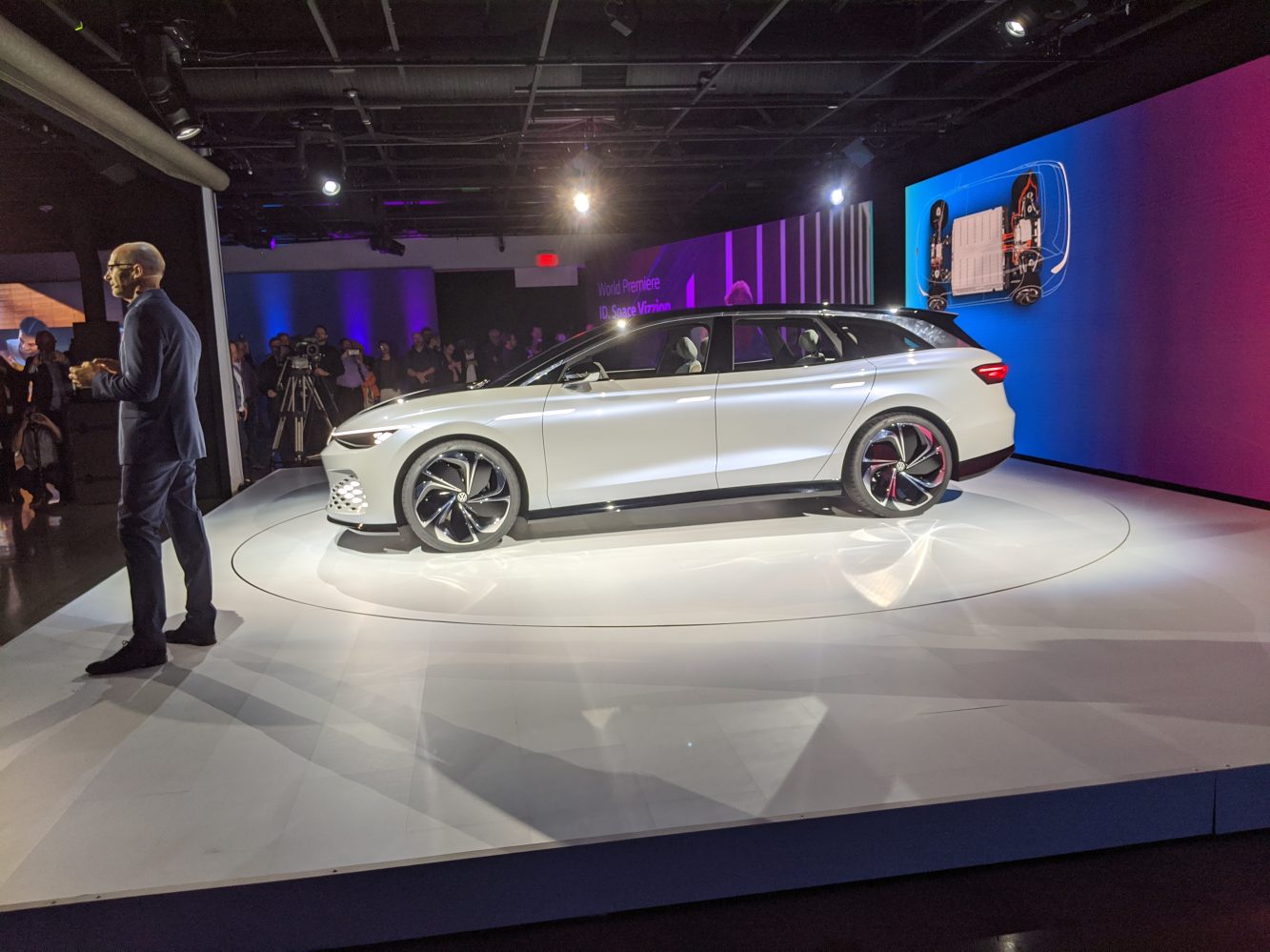 On the eve of the Los Angeles Auto Show, Volkswagen took the wraps off the ID. Space Vizzion, its seventh concept built off the MEB platform. VW is intent on displaying every flavor of EV concept — nearly as many as Baskin-Robbins has flavors of ice cream. The new one unveiled at LA’s Petersen Auto Museum, frankly, looks pretty damned delicious.

The ID. Space Vizzion is an aerodynamic GT with all the characteristics of a wagon-like SUV. It packs an 82-kilowatt-hour battery pack that could get up to 300 miles on the EPA cycle.

Here are the high-level specs:

We could go on about all the impressive metrics. But come on, it’s a concept, although Scott Keogh, CEO of Volkswagen of America, told us that it will be available in 2022 by another name.

What’s more important are the introductory comments from Keogh. His words are not commonly spoken by leaders in the automotive industry.

Volkswagen globally plans to sell 20 different electric models by 2025 at an annualized volume of nearly 1 million units using our modular electrical architecture. It will support the projected production volume of 20 million vehicles to 2029.

We like it, but the numbers sound like throwing darts at the EV dartboard. He went on.

This makes us the largest, and the MEB platform by far the most efficient electric volume segment platform in the automotive industry. It will be used by other group brands and external partners such as Ford. The MEB brings massive scaling effects with no fewer than eight factories around the globe.

We have announced that worldwide, we will go carbon zero by 2025 in line with the goals of the United Nations, Paris Climate Agreement. It’s a massive statement. And frankly, it’s only possible with an electric future. This is our belief.

Keogh dismissed critics and those who might dismiss its EVs as a “conspiracy from the People’s Republic of California.” He was speaking on behalf of the legendary German automaker vying to become the largest automaker in the world ­— with many of its vehicles powered by electricity.