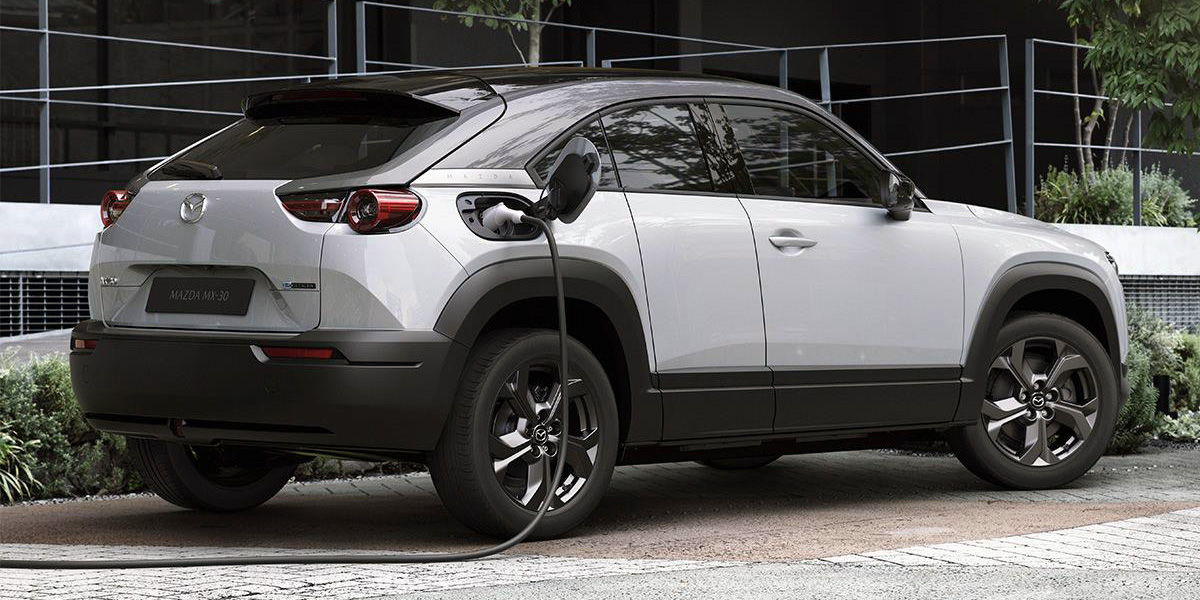 Mazda has one of the strangest and most controversial approaches to electric cars and we just learned something else about it: the automaker made its first electric car artificially slower “to feel more like a gas car.”

The Japanese automaker has historically been seen as lagging behind when it comes to electric vehicles.

They have yet to launch an all-electric car, and Mazda executives have often talked down electric car technology publicly in favor of hydrogen fuel cells.

It was received to mixed reviews due to its relatively small battery pack and range.

Last month, we reported on how Mazda wrongly says long-range EVs are worse for CO2 than diesel cars and that it doesn’t plan to manufacture any all-electric cars with big battery packs.

One thing that we missed from Mazda’s new MX-30 is that they not only made the battery pack smaller on purpose, but they also reduced the torque of the electric motor to match the acceleration of a gasoline car.

Autocar reported based on interviews with Mazda execs:

“Mazda’s engineers have also tuned the torque delivery of the MX-30’s electric motor to be less frenetic than is often the case with EVs, reasoning that they want the MX-30 to feel less like a dramatic change from a typical internal combustion engine vehicle.”

It is expected to accelerate from 0 to 60 mph in 9 seconds.

To be fair, most electric automakers have to reduce the torque of their electric motors because the tires often don’t provide the needed traction to support it.

However, it sounds like Mazda went beyond that and reduced even more to match the slower ramp of a gasoline engine.

The quick and peppy acceleration is one of the most fun parts of driving electric. I know that Mazda likes to tune their cars for a specific driving feel, but I refuse to believe they couldn’t work the fun acceleration of EVs into their driving feeling.