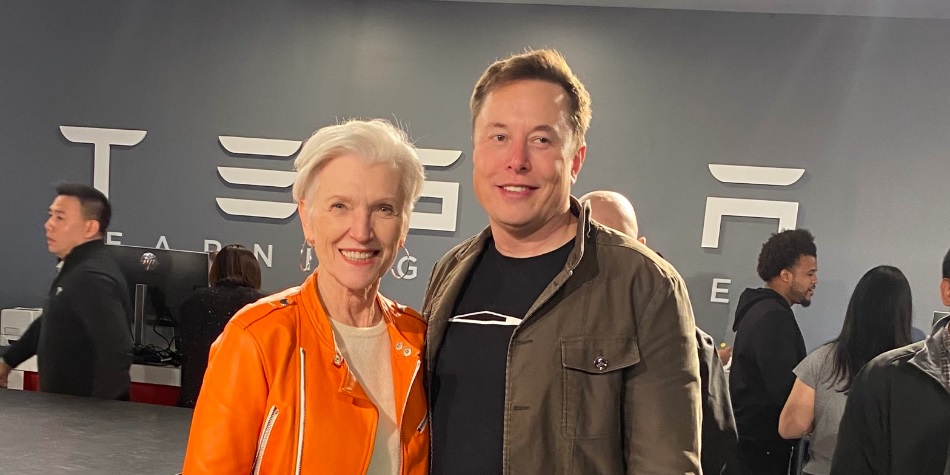 In a heartwarming and impressive scene, Elon Musk, his mother, Maye Musk, and volunteers from the local Tesla Owners club helped deliver cars to hundreds of customers late into New Year’s Eve yesterday.

Endearing moments were captured and posted to Twitter both by customers and Maye herself (pictured below).

We reported on Monday that Tesla was having to delay some deliveries into the new year, which was a “good news, bad news” situation. It’s good news because it meant Tesla was close to its goal of delivering all inventory, but bad news for customers counting on access to the $1,875 US federal tax credit, which expired at the end of 2019. To ensure that as many customers as possible could take advantage of the credit, it was all hands on deck at Tesla’s Fremont, California, factory store.

What appears to be hundreds of people took delivery of cars fresh from the factory floor into the final hours of the decade.

Twitter user Caroline G., an ER nurse and member of Tesla Owners of East Bay, California (where the Fremont factory is located), was on hand to volunteer her time to help new owners with orientation for their Model 3s. She posted pictures and videos of the impressive lineup of customers:

#NoDemand? This is worst than Black Friday sale event that I’ve seen. Soon to be tesla owners were offered vouchers for foodtruck and drinks were available at the lounge waiting area. @teslaownersSV @TeslaOwnersEBay @elonmusk @tesla pic.twitter.com/FGRu4l4Qer

Caroline reports that Tesla was giving out $10 vouchers to the food trucks on site as well as offering drinks in the lounge. She recorded this video of customers lined up for cars at 8 p.m.:

It’s 8pm. 😱 People still coming in, checking in and lining up to pick up their car . #Nodemand @tesla . @elonmusk @teslaownersSV @TeslaOwnersEBay pic.twitter.com/V3yGKVcwYb

Maye Musk was there, and spent much of the night greeting customers:

Her tweets from the evening are genuinely moving. She seems filled with justified pride and awe at the event. Maye Musk just published a book, A Woman Makes a Plan: Advice for a Lifetime of Adventure, Beauty, and Success, about the advice and insights she’s gained from her tremendous experiences and challenges.

CEO Elon Musk was also there, speaking with customers and helping to deliver cars:

Finally, shortly before midnight, Musk tweeted out a thank you and congratulations to Tesla and SpaceX:

He acknowledged their very successful 2019 and exciting prospects for 2020.