Over the last year, Tesla has been making several over-the-air software upgrade to the performance of the Model 3 – its best-selling electric sedan.

We have seen a range increase, a power increase, and a charging capacity increase.

With the power increase, we have seen the Tesla Model 3 Performance, the highest performance version of the Model 3, achieve a sub-3-second 0 to 60 mph acceleration, but the automaker has yet to claim a faster time than the 3.2 seconds originally advertised for the vehicle.

But now we’ve learned that a faster acceleration is coming through a paid upgrade.

In the ‘upgrade’ section of the Model 3 profile for some Tesla owners, Tesla accidentally added a “fine print”  about an “Acceleration Boost” upgrade: 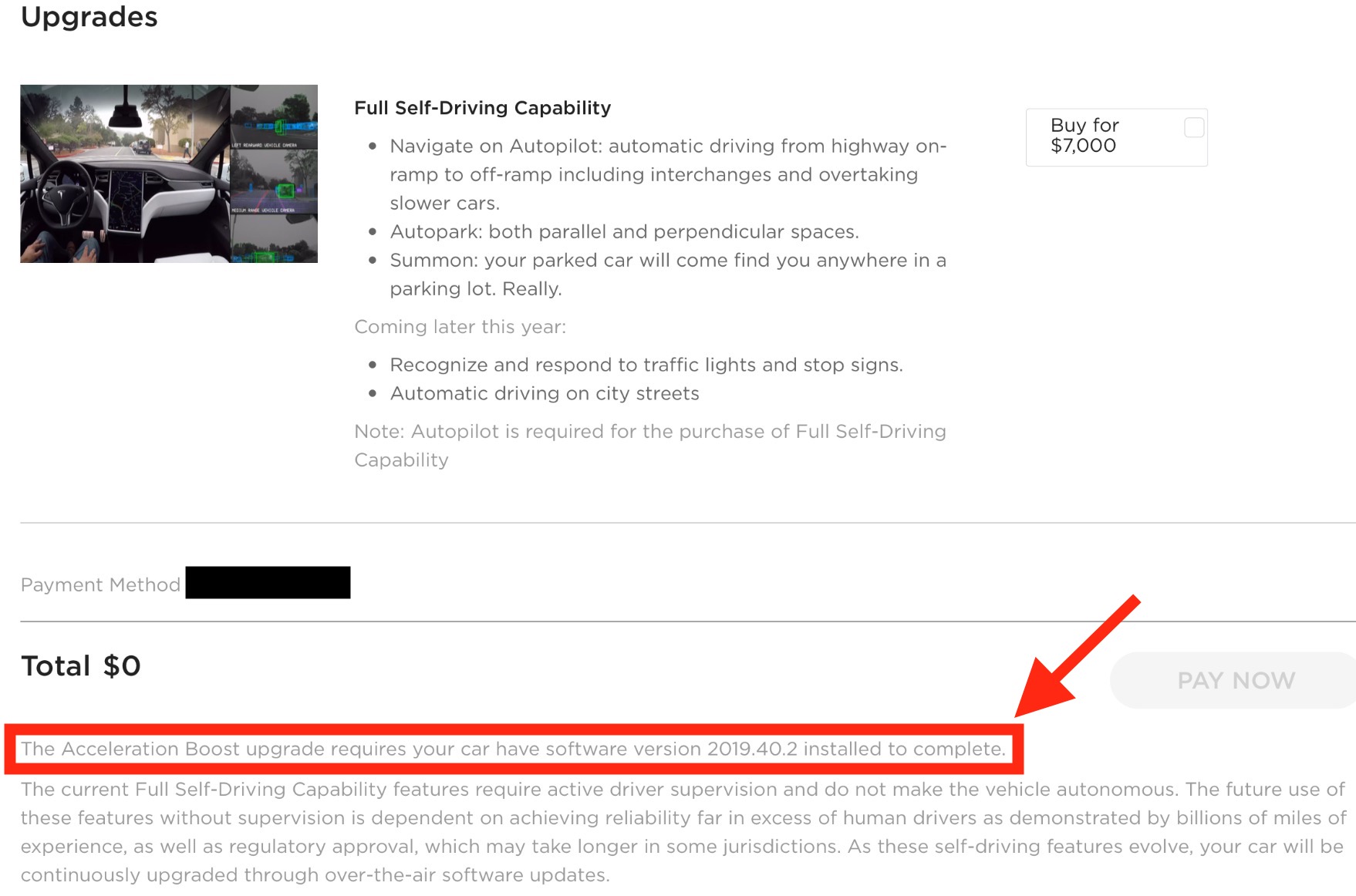 After a check with Tesla owners wh reached out to Electrek about it and Model 3 owners on staff at the website, we determined that the option appears only for owners of Model 3 with a dual motor powertrain.

The source code appears to indicate that the “Acceleration Boost” is going to be offered as a $2,000 upgrade.

It appears that Tesla added the fine print to its website before making the option available to purchase, but it is expected to be imminent considering that the upgrade works on the new 2019.40.2 version of the software.

It’s not clear how much quicker the Model 3 Performance or Model 3 Dual Motor will be after the upgrade.

For Model 3 owners who can’t access the Model 3 upgrade page in your Tesla account, it’s probably because you already purchased all available upgrades (Autopilot and Full Self-Driving).

I can’t see it either, but I’ve confirmed it with 2 different Model 3 owners.

This is an interesting development, but I am going to need more details to see if it’s worth it. For $2,000, it better be a significant improvement in acceleration.

Maybe something coupled with a launch mode for Model 3 Performance vehicles. Otherwise, I feel like Tesla has always included performance upgrades for free (I know I sound spoiled right now).

At the end of the year like this, Tesla could be after a cash infusion to boost the fourth quarter by offering a $2,000 feature that can quickly be delivered through an over-the-air software to potentially hundreds of thousands of Model 3 owners.

I am going to give them the benefit of the doubt until we get all the details about this new Tesla “Acceleration Boost” upgrade.