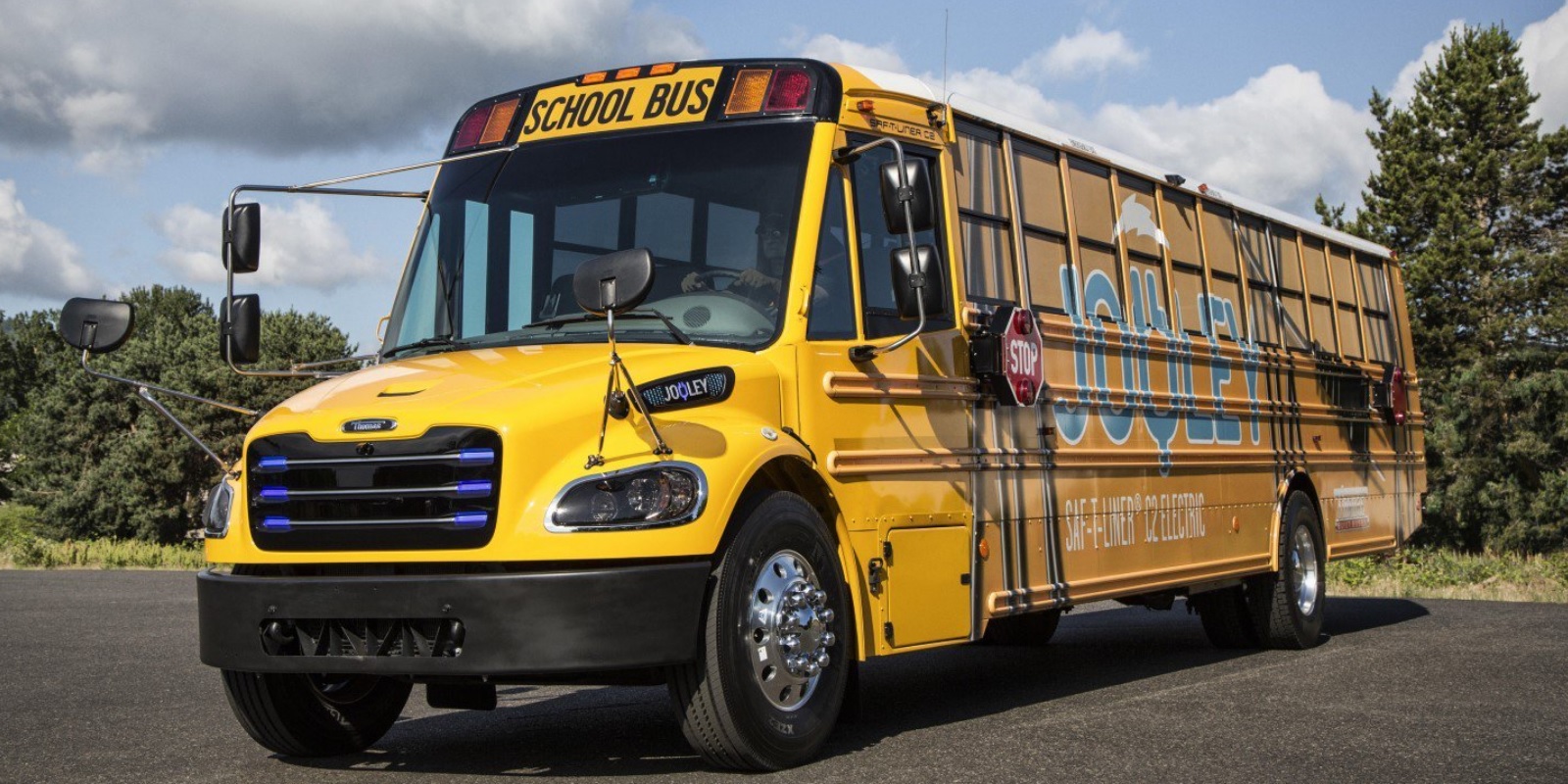 In September, we reported on the tremendous news that Dominion Energy, an investor-owned utility operating in eight US states, would be buying a minimum of 1,050 V2G electric school buses over the next five years. The procurement would start with 50 school buses, then add 200 per year over five years.

Now the winner of the first phase has been announced, and congratulations are in order for Daimler’s Thomas Built Buses, who will be supplying 50 of its C2 Jouley all-electric buses (pictured above).

If the bus looks familiar, it’s because Daimler’s Thomas has been selling a diesel C2 since 2004. In September 2018, Daimler led an investment round of $155 million into electric bus maker Proterra, who in turn began to help Daimler electrify Thomas’ line of school buses. The C2 Jouley will be assembled in High Point, North Carolina, where Thomas Built Buses is headquartered.

The fifty C2 Jouleys will come configured with a liquid-cooled 220 kWh battery, two-speed transmission, and an operating range of up to 134 miles. The bus can be charged with J1772 & CCS plugs, with DC fast charging (CCS) standard on all the buses. The buses can receive over-the-air battery management software updates.

Proterra will also be supplying its 60 kW bidirectional V2G charging system, which can be paired with up to four dispensers to offer automated, sequential charging of four buses. Each bus would take less than three hours to charge up. The inverter to supply the grid is housed in the Proterra system, rather than on the bus.

There’s no word on pricing yet. Electrek reached out to Sonny Merryman, the exclusive Thomas school bus dealer in Virginia, who confirmed that they expect to receive and deliver the first production-made C2 Jouleys to Dominion Energy in August 2020, and have them available on the lot for other buyers soon afterward.

We also reported last week on a new report from the Union of Concerned Scientists about the urgent need to electrify buses and trucks. But we still haven’t seen anything come close to this Virginia procurement. Your local school board is an area where you can have some real impact. Please continue to press them on why they’re still wasting money and hurting our kids with diesel buses.