Mercedes EQC US deliveries delayed another year to 2021, to prioritize EU 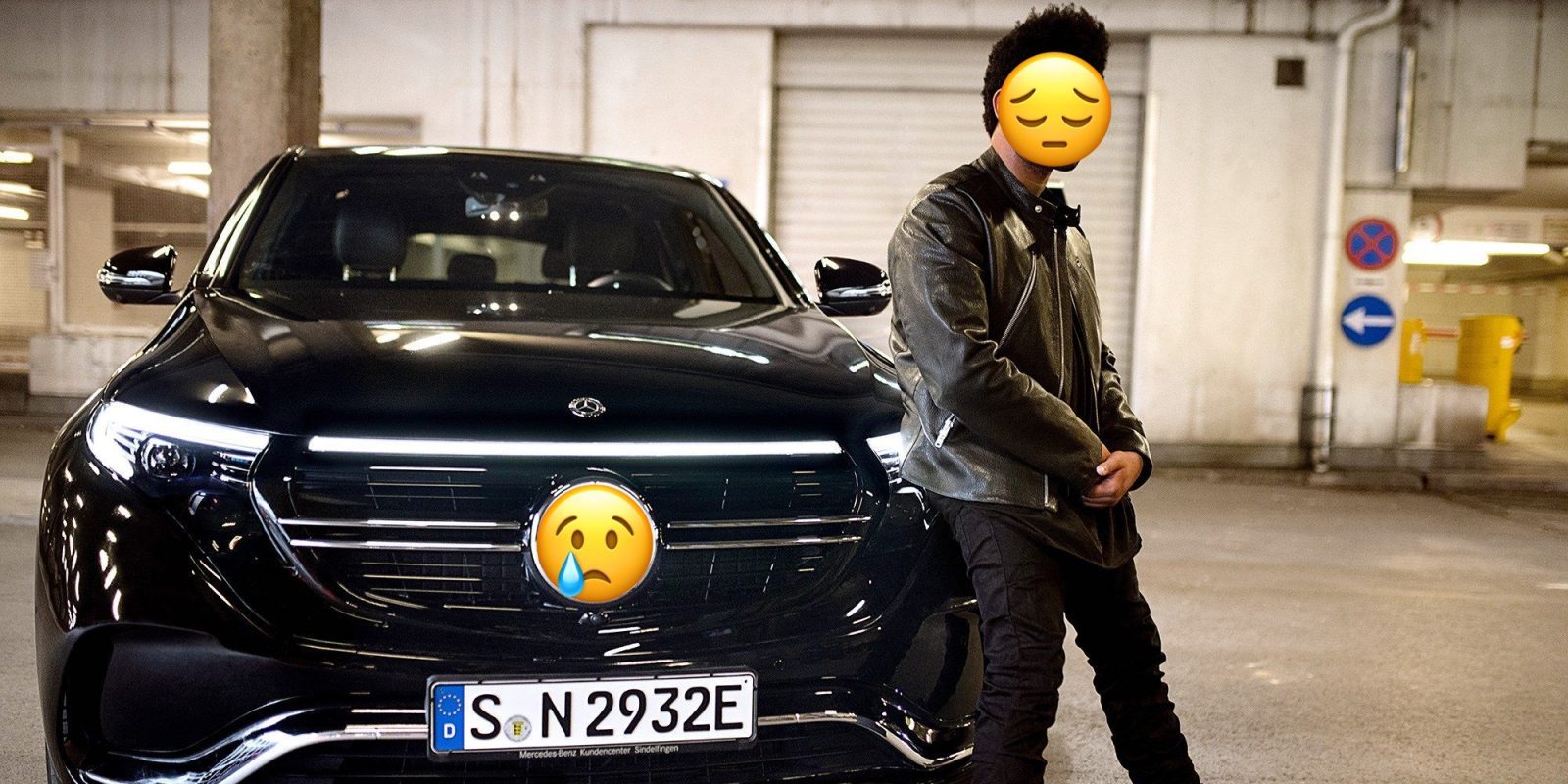 Mercedes-Benz has once again delayed EQC deliveries, pushing them back by another year in the US, as a “strategic decision to first support the growing customer demand for the EQC in Europe.”

Mercedes last delayed the EQC this February. It has just started deliveries in Europe in the last couple months.

Mercedes sent out an email today to customers who had shown interest in the EQC. This email went out on Friday afternoon, which is classically thought of as the best time to release bad news so people will forget about it over the weekend:

Thank you for your interest in the EQC — an innovative new direction for Mercedes‑Benz which is getting a lot of attention! It launched in Europe and other markets several months ago and has generated so much interest worldwide that Daimler AG has had to make a strategic decision to first support the growing customer demand for the EQC in Europe. As a result of this decision, the US market launch date of the Mercedes‑Benz EQC will be rescheduled.

We will continue keeping you updated on the latest news of this groundbreaking release as we gear up for the US debut of the EQC in 2021.

The move comes in response to higher European regulations on efficiency and pollution, which means many manufacturers will need to increase their electric car mix tremendously in order to meet these new regulations.

Combined with limited battery supply, this means that automakers need to divert production to the European market, and there’s little left for other markets.

Many automakers are finding this to be a major problem. Kia recently delayed the Soul EV in the US, preferring to focus on the Niro EV as they have limited battery supply and think a crossover will be more popular in the US market. Kia recently promised that they’d at least be able to build 3,000 cars for Europe this year… but it will take them six months to do so.

VW made a similar announcement just this morning, stating that they won’t bring the ID.3 to the US. This despite VW’s constant promises, for the last many years, to dominate the EV market. It seems they’ll have to put off challenging Tesla for a car of the year award a little while longer, at least in the US.

And Honda is refusing to bring their cute Honda e to the US as well.

Even venerable US automaker Ford has announced that they will send the majority of the first-year production of their stunning Mach E over to Europe, instead of keeping it here in the US, in order to meet regulations.

These automakers are some of the world’s largest companies with hundreds of billions in revenue (Daimler, Mercedes’ parent company, brought in $190 billion last year). They sport incredibly complex supply chains with the ability to produce millions of vehicles (Daimler produced 3.4 million vehicles last year). They have a century of expertise in building some of the most complex items on earth (Karl Benz first brought internal combustion autos to market in 1886). Despite that, they are all having manufacturing problems.

Jeff Aiosa, who runs a Mercedes dealer in Connecticut, commented on the news, as reported by Automotive News:

Any delays are a setback that keeps us from being competitive. If you’re a California dealer, and knowing that over 50% of Teslas are sold in California, I would be disappointed.

Aiosa is referencing the fact that Tesla has been outselling German flagship sedans both in the US and in Europe for quite some time now. Mercedes dealers, particularly in California, are losing customers to Tesla.

We reached out to Mercedes for comment, but they merely sent us the same corporate PR boilerplate from the email quoted above.

When presented with a choice between a continent whose leaders are at least paying a little bit of attention to the impending global catastrophe that is climate change, and the world’s largest economy which is led by a science denier who is making moves to kill citizens and cost them more money, the automakers have made a clear choice.

They’ve decided to make compliance cars for Europe instead of selling them everywhere. And yes, even though some of these cars, like the Mach E, seem like serious efforts to make a great EV — the story we’ve told here certainly sounds like a compliance story. If this weren’t about compliance, then this wouldn’t be a problem. Cars would be made in large numbers, shipped everywhere, and sold everywhere. And dealers would actually know about them.

Meanwhile, as these venerable, experienced manufacturers have been stumbling all over trying to figure out how to make cars, a tiny upstart company that nobody had ever heard of and certainly wasn’t making waves in the automotive industry said, “Hmm, battery supply looks like it will be an issue, maybe we should do something about that.” They said that in 2014. So they built a really big battery factory.

That company was called Tesla, and oh yeah, everyone in the auto industry actually has heard of them, and if anyone had been paying attention, maybe they might have followed Tesla’s lead. Speaking of leads, Tesla outsells every other plug-in car in the US by about tenfold or more. And it outsells every plug-in in Europe, too.

We have heard for the better part of a decade that electric cars are a flash in the pan, and anyway, even if they do succeed, the traditional automakers will swiftly fly in and crush the upstarts with their superior manufacturing expertise. VW was going to be the world leader in electric cars in 2018 — until they weren’t. And still aren’t.

And now here we are. After a decade of press releases, these automakers are telling us they can’t possibly make enough cars to send a single vehicle to the country with more cars in it than any other. We’ve got to wait just one more year. Then they’ll start dominating. Just you wait. We promise. We mean it this time. Really.