Leaked plans for Tesla Gigafactory 4 in Berlin reveals that the automaker is leaving room for expansion, and the design looks similar to Gigafactory 1 in Nevada.

After the launch of Gigafactory 1 in 2016, CEO Elon Musk said that Tesla plans to turn the Gigafactory into a product that they can replicate.

Three years later, Gigafactory 1 hasn’t turned out exactly as planned since it is still only about 30% completed.

However, at 30%, it is already one of the biggest buildings and production facilities in the world.

Tesla has been developing advanced ways to build battery packs and drivetrains at the factory.

In future Gigafactories, Musk said that he planned for Tesla to produce both batteries and complete vehicles.

Gigafactory 3 in Shanghai is now producing vehicles, and Tesla is leveraging what it learned from building its new Chinese factory for its new planned Gigafactory 4 in Germany.

Last month, Musk confirmed that Tesla is going to build Gigafactory 4 in the “Berlin area.”

The project is going to take place on a 300-hectare plot of land next to the GVZ Berlin-Ost Freienbrink industrial park.

Now new plans for Tesla Gigafactpry 4 have leaked showing a more detailed look at the planned production facility (via Bild): 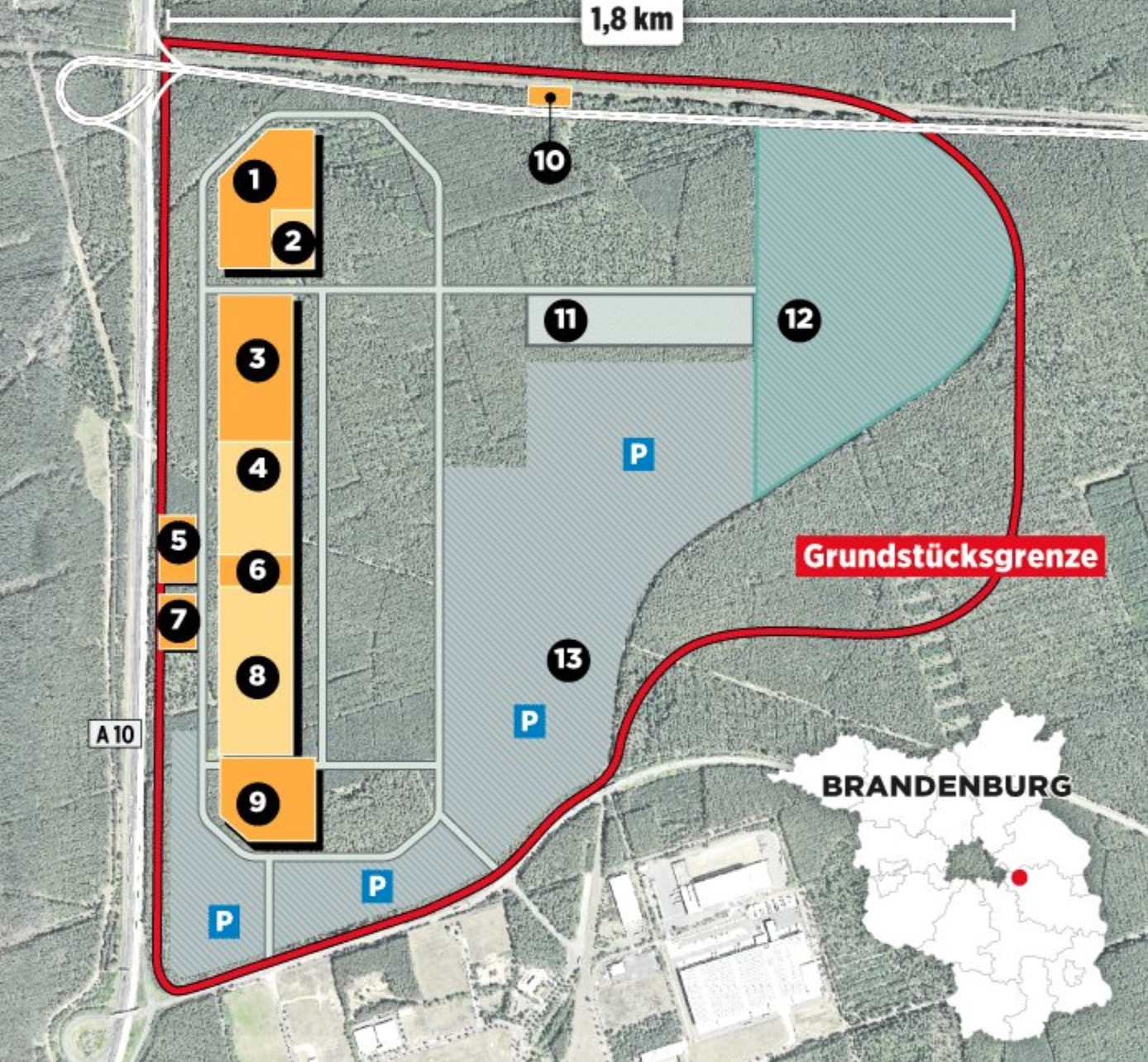 Here are all the different sections (translated from German):

It looks like Tesla is again planning to build out the factory in sections as it did at Gigafactory 1 and 3.

Based on the plans, it looks like they are also leaving room to expand, and if completed, it would look like the original plans for Gigafactory 1 in Nevada.

It’s unclear if that’s for the first phase or once the factory is completed.

With Gigafactory 1 and 3 still not being completed, it’s also interesting that Tesla will be building Gigafactory 1, 3, and 4 all at the same time.

It makes sense. Tesla can focus more on any of them based on the demand in each market.