Ducati’s first electric bicycle is starting sales in the US 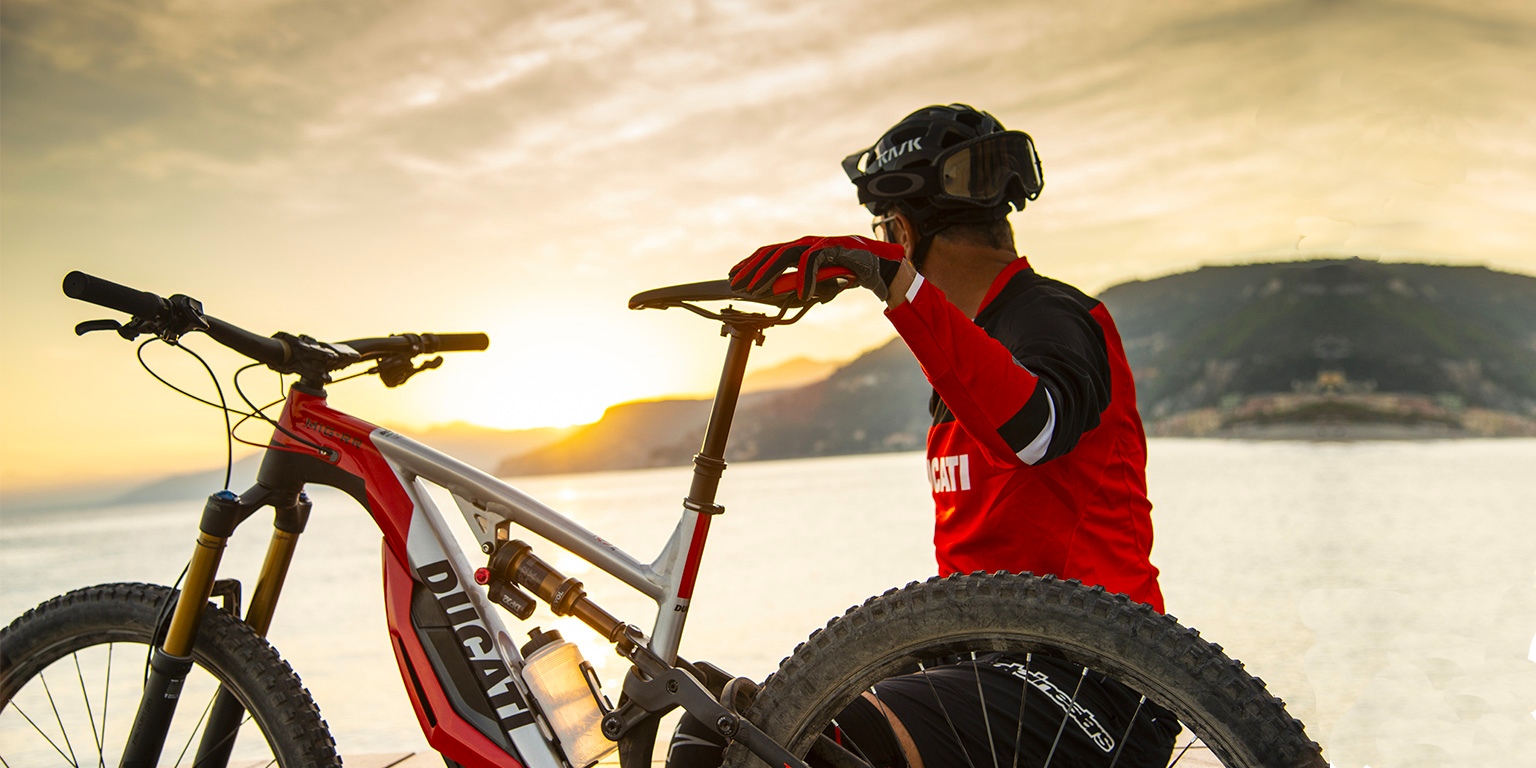 Hey, any Americans want a cheap Ducati? How about an electric one? There’s only one catch: It’s a Ducati electric bicycle.

Oh, and it’s only cheap if you compare it to the rest of Ducati’s lineup.

The electric bike is the Ducati MIG-RR.

It was first unveiled at last year’s 2018 EICMA Milan Motorcycle Show. We got an up-close look at the Ducati MIG-RR electric bike at the time, which was a good thing since it wasn’t headed to the US any time soon.

But fast forward one year, and the company has now announced that Ducati’s first electric bicycle is finally going to be available for sale in the US. 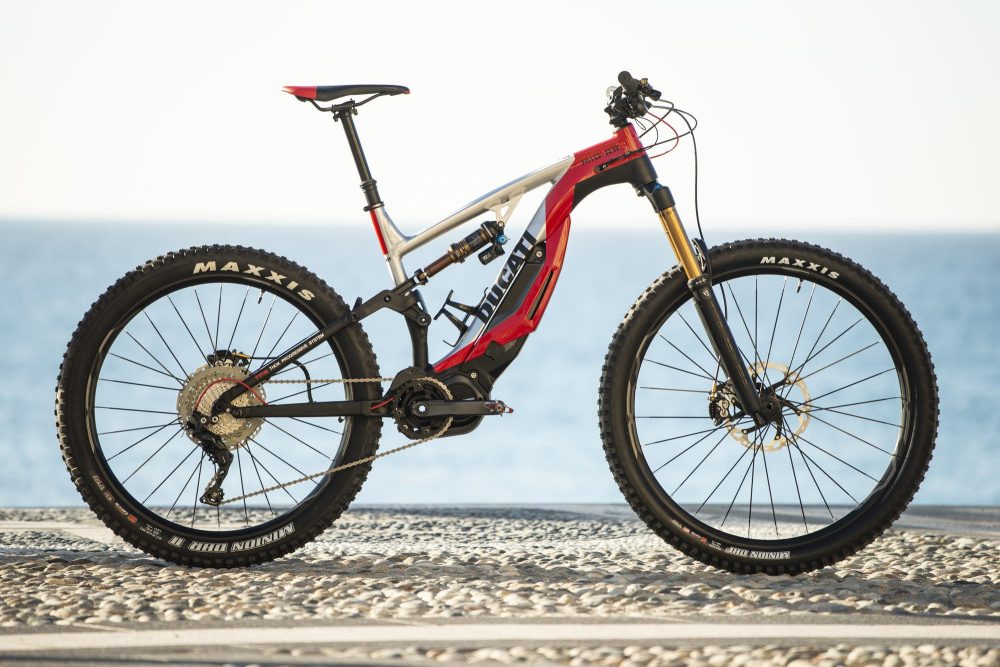 We introduced the Mig-RR to Europe last year, and we had a very, very positive response. Overwhelming, in fact, to the point where we knew that it was a perfect opportunity for North America. And this is a product that is top of the line.

The Ducati MIG-RR was developed in a partnership with electric bicycle manufacturer Thok. The MIG-RR sports a 250 W Shimano Steps E8000 mid-drive. That motor puts out around 70 Nm (51.6 ft-lbs) of torque. And while you may not think that 250W seems like much power, the high torque and gearing advantage of mid-drives can make them quite potent for electric mountain bikes facing steep climbs.

The Ducati MIG-RR gets its power from a 36 V 14 Ah (504 Wh) underslung down tube battery. That capacity isn’t going to win it any awards but should last for an hour or two of riding with moderate exertion, or perhaps a bit more on the lowest power assist setting.

The bike will come in a few models with a price ranging from around $4,000 to $7,000. That’s pretty steep when you compare it to $450 Amazon e-bikes, but it’s still not the most expensive electric mountain bike I’ve ridden.

If you’re wondering who Ducati is hoping will fork over that kind of cash, Chinnick provides a few clues:

Our first target is our existing Ducati owners, because this is something that as an extension of a lifestyle brand, they are looking for an opportunity — something to do when they’re not riding their motorcycle. And a lot of our professional athletes in the world of motorcycle racing, when they’re not racing, this is how they train. And from road biking to mountain bike, e-assist bikes are really taking off here in North America. I anticipate that will be our first audience. And we are also looking at the existing e-mountain biking community and being able to try and capture some of them that maybe already know the Ducati brand but now realize that there’s a product for them. 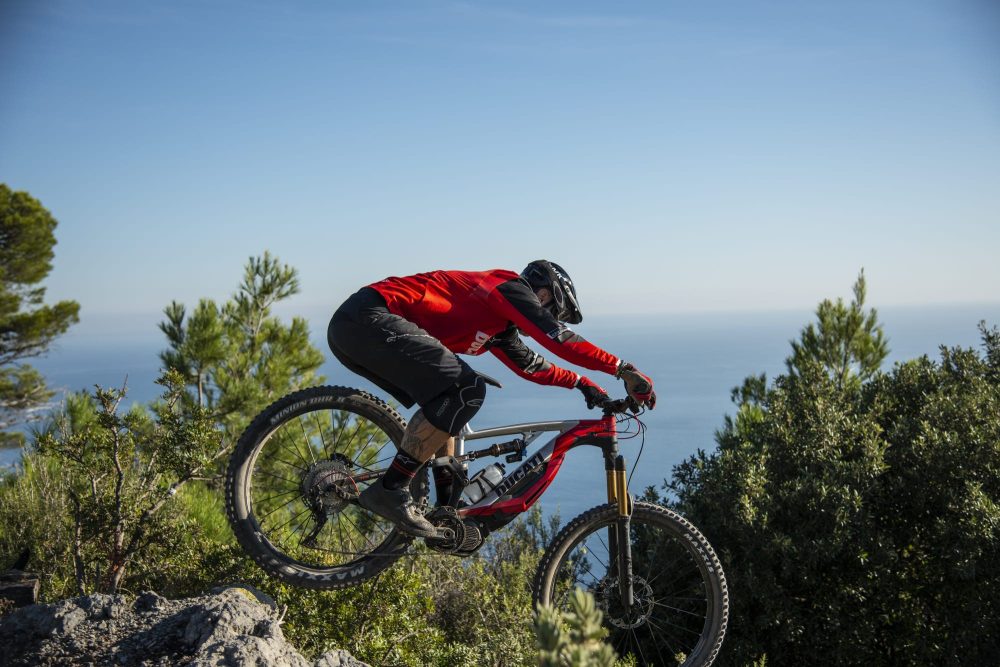 This isn’t Ducati’s only e-bike, as the brand recently introduced three new models. We haven’t heard any news about US availability for those models yet, though.

And Ducati has even made progress on an electric scooter, though it is largely just a rebadged Super Soco electric scooter. But hey, at least it exists in the flesh. That’s more than we can say for the Ducati electric motorcycle that the company promised us but has yet to show any real progress on.

What do you think? Will you be running out to buy a Ducati electric bicycle? Let us know in the comments below.