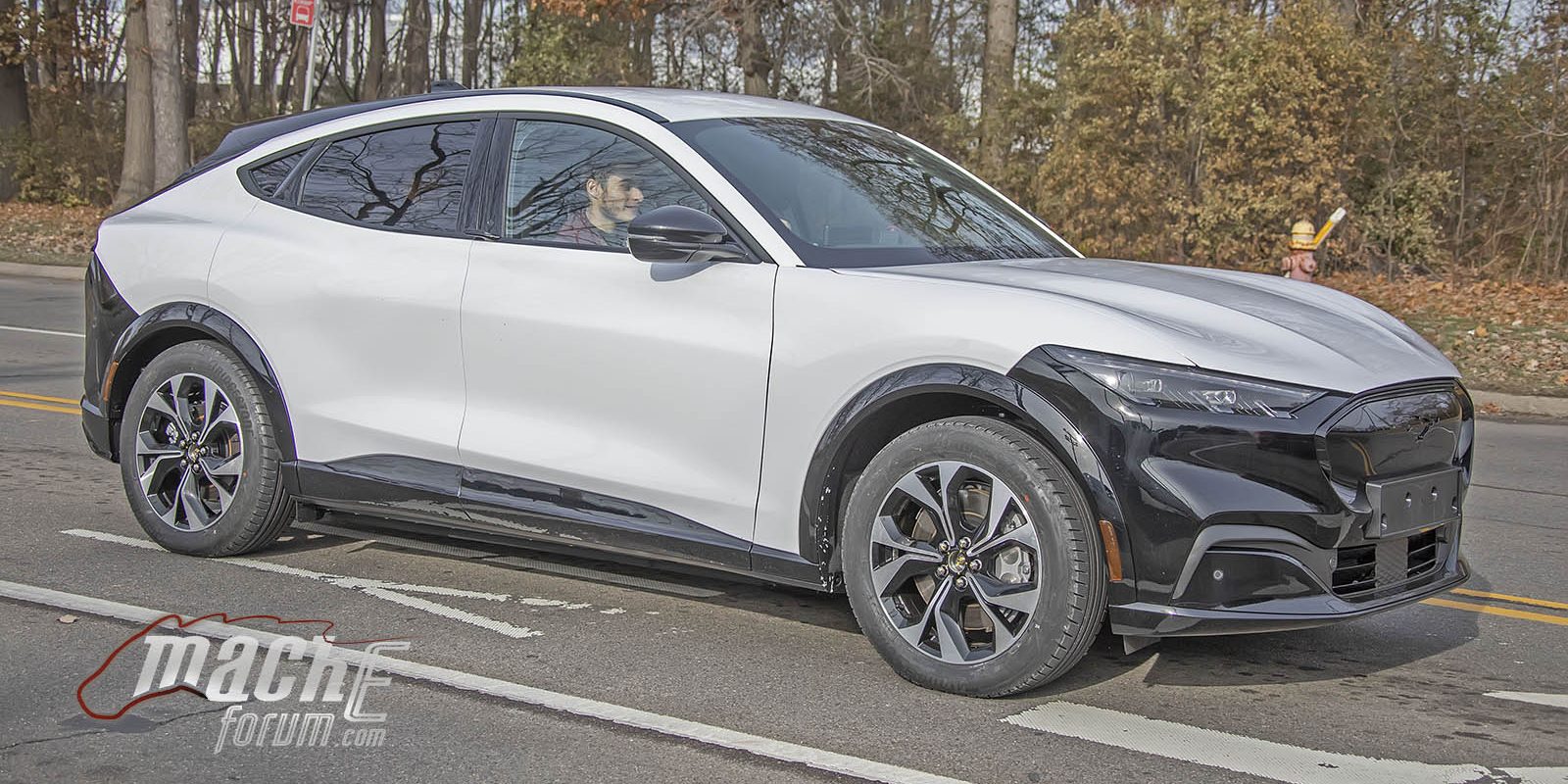 Ford’s upcoming Mustang Mach E has been seen driving around the streets of Dearborn, Michigan, in uncamouflaged form. This wouldn’t be much for news since the car has already been unveiled, but there’s a difference this time: It’s the first we’ve seen of the right-hand-drive spec car.

More pics can be found over on the fan website Mach E Forum, with shots from several angles. Notably, the shots include a wider European-shaped license plate holder, and the driver is conspicuously sitting on the wrong side of the car for US driving.

The pre-production prototype sports a strange paint scheme, with black accents on a mostly white body.  The front and rear bumpers are black, as is the liftgate and part of the roof line.

We don’t know if this strange paint scheme will be available on a production car, or if it’s due to some difference in regional regulations. EU/UK bumper regulations are different than US regulations, so it’s possible that the reason for the different colors is because the rest of the vehicle body is the same between US/EU cars, and they just swapped out the bumpers or something of the sort.

Mach E Forum found other photos with strangely contrasting parts as well.  Here’s a pic of a Mach E testing in Florida in all black, but with a white liftgate: 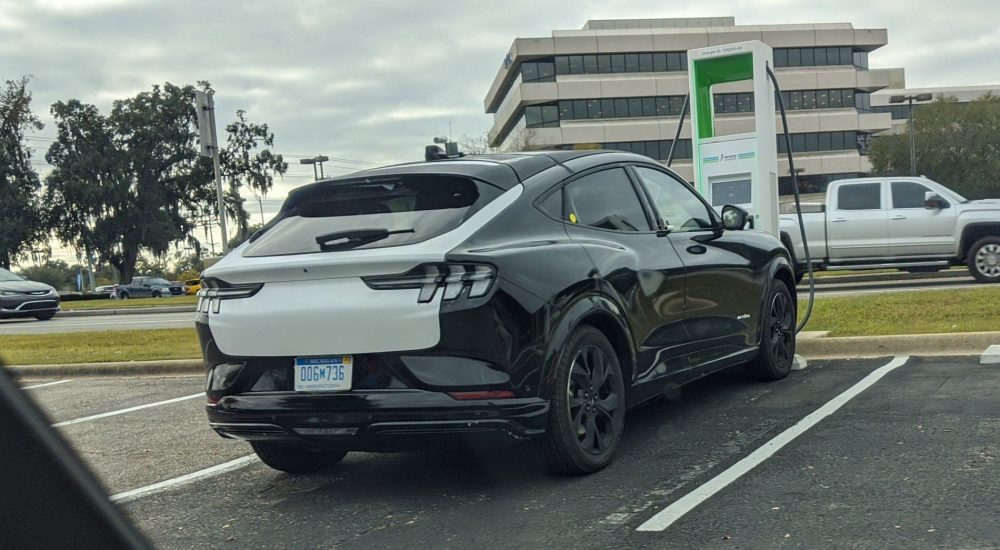 So, I guess we know where that white liftgate from the right-hand-drive car went.

Ford has announced that the Mustang Mach E would be available in Europe on a similar timeframe as the US. Reservations are open now for both territories, and deliveries are expected to start in late 2020 in both the US and Europe.

Ford unveiled the Mach E at the LA Auto Show last week and we were quite impressed. The car looks great and seems to offer a good mix of specs and style at a competitive price.

The regular Mustang is a popular car with Europeans. While EU sales are only a fraction of US sales, the Mustang has a reputation as the stereotypical American sportscar that increases its mindshare among Europeans.

Personally, I’ve got a lot of European friends who have come to California to visit, and they almost always rent a convertible Mustang. It’s gotten to the point where if I’m expecting a visitor, I don’t even need to see who’s driving the car — when a Mustang pulls up with the top down, it means the Europeans have shown up.

That said, a convertible Mustang isn’t the most practical car for Europe, and especially not for the rainy UK, especially with their more reasonable (read: higher, because gas costs too little in the US) gas prices. So a car that gives Mustang style and performance in a more practical package that uses electricity could be enormously popular over there.