Automobili Pininfarina will build a full line of electric cars

Automobili Pininfarina has announced plans for a future electric vehicle platform through a collaboration with Bosch, who make EV motors and charging equipment, and Benteler, a German holding company.

We don’t know any specs on the PURA Vision or even a design yet; all we know is that it will be debuted sometime next year in North America, to coincide with Pininfarina’s 90th anniversary year.

What we do know is that the car will be based around a skateboard platform, as has become common in the electric car industry. Putting batteries at the bottom and center of the car helps tremendously in vehicle dynamics, lowering the center of gravity and reducing rotational inertia to improve cornering ability.  This platform is being developed in collaboration with Bosch and Benteler.

Here’s a rendering of the platform (along with a completely unnecessary wind tunnel smoke flow, because it’s not like this part of the car is ever going to be touched by the wind, once they put a body on the thing):

Pininfarina promises that the PURA Vison won’t just be a design concept, but the first of a whole line of cars that will be based on the same platform.

The company has dabbled in manufacturing before, but has primarily functioned as a design house, supplying designs to major manufacturers for decades. They’ve worked with Alfa Romeo, Lancia, Maserati, Ferrari, Fiat, Cadillac, Peugeot, Bentley, Ford, Volvo, and Mitsubishi, among others.

Their designs have even been used for an electric car before — their design for the Hafei Seibao was eventually repurposed as the short-lived Coda electric car. But let’s not hold that one design against them.

So it was big news earlier this year when Pininfarina announced they’d be getting into EV manufacturing when they showed the Battista, a 1900-horsepower electric hypercar, at the Geneva Auto Show. 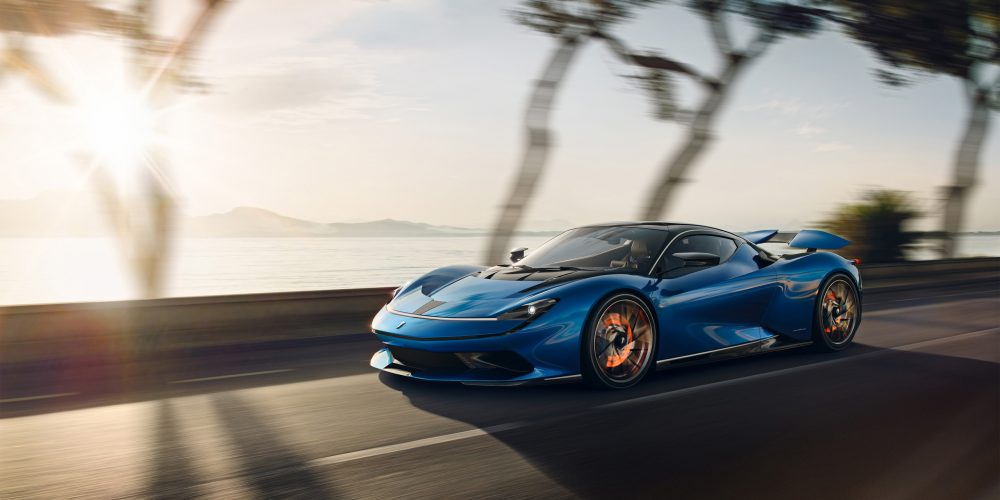 So Pininfarina does seem interested in making bonkers electric cars, and we can hope that the PURA Vision will be similarly bonkers, though perhaps at a little lower price.  It will doubtless have limited availability, as Pininfarina wants to maintain exclusivity.

The full debut of the PURA Vision concept is planned for the second half of 2020 in North America, coinciding with Pininfarina’s 90th anniversary year. Hopefully between now and then we will learn more about Pininfarina’s electric car plans, beyond this one cryptic press release, which is lacking in any real information. Stay tuned.