It’s smaller than an A3 size sheet of paper, which is equivalent to roughly two 8.5 x 11-inch sheets of standard printer paper. But any which way you slice it, Xiaomi’s new Himo H1 electric bike is pretty darn small.

If Xiaomi’s Himo H1 electric bike looks a bit strange to you, that’s because it is.

It’s an extreme folding e-bike designed with an emphasis on portability.

It folds down like the tiniest transformer you’ve ever seen. Some are even shown with Transformers logos and trademarks, though whether or not those are properly licensed is another question. 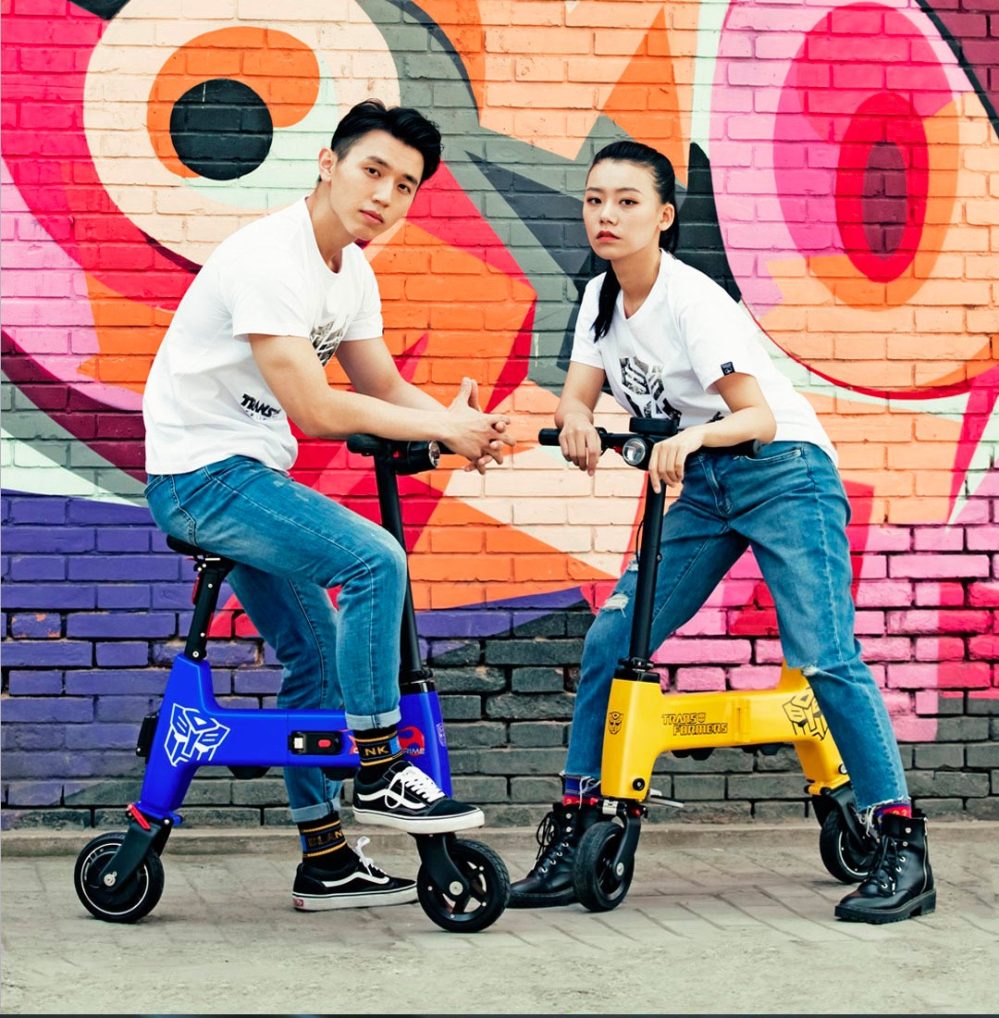 Xiaomi is offering the Himo H1 in China for 2,999 yuan (approximately US $425). It isn’t immediately available outside the country, but these bikes often hit direct-from-China shopping sites fairly quickly, making them available internationally.

And you can always do what I did, which is have a friend in China buy one for you and mail it to you!

Though with folding electric bicycle offerings in the US starting at just $437 on Amazon for an e-bike we previously positively reviewed, you might not even want to wait. 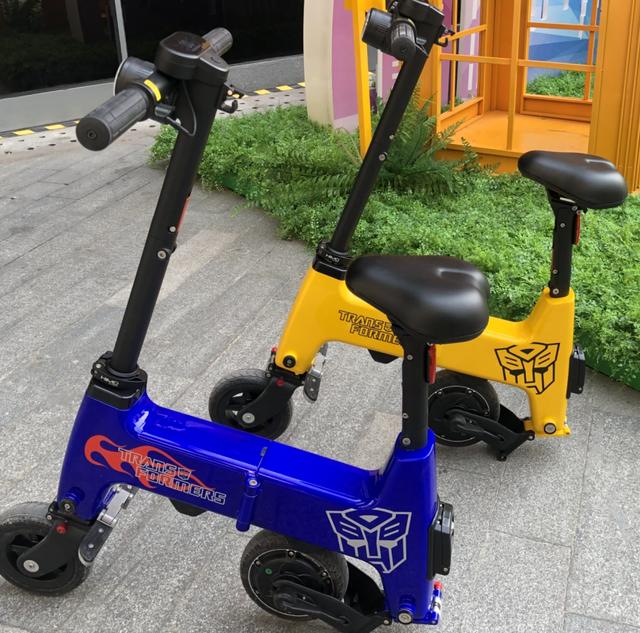 First, both wheels fold under the frame, then the frame folds in half, then the seat post folds followed by the seat itself, then the handlebars fold down and in as well. Each folding mechanism has a built-in lock to ensure it stays in either the folded or unfolded position — and presumably so it doesn’t switch between the two at an inopportune time.

The whole thing weighs just 13 kg (28.6 lb) and looks like it could fit in a briefcase. In fact, the Himo H1 e-bike even comes with its own carrying case.

The handlebars are apparently height adjustable (though I don’t see how) and they include an LED speedometer and battery meter. 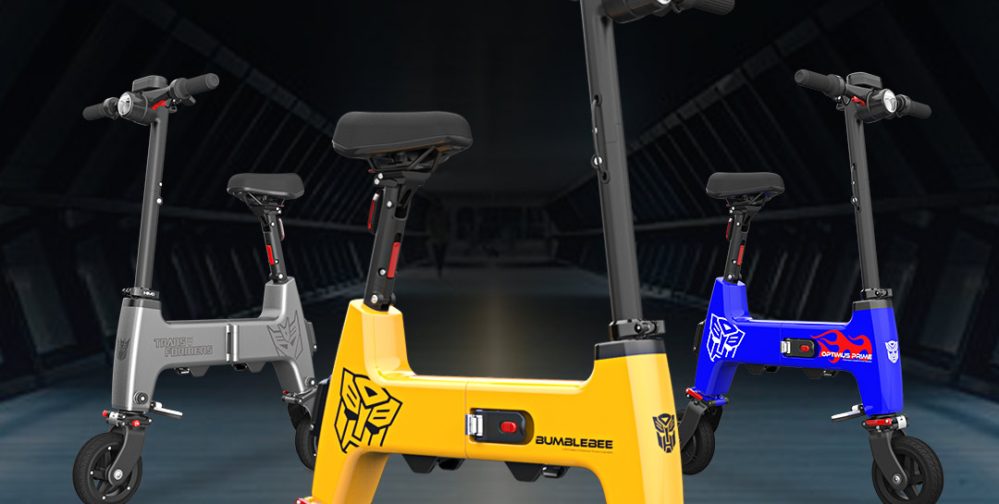 The rear hub motor isn’t overly powerful (or even powerful at all) at a mere 180 W, though this isn’t a high-speed e-bike either at just 18 km/h (12 mph). And it might not even be an e-bike at all, based on the lack of functional pedals. In the place of pedals, it has fold up foot rests, making it more of a seated scooter like we’ve seen before.

While the bike looks rather small, Xiaomi didn’t immediately provide a height limit. They did, however, provide a GIF of a grown man who seems to be doing just fine on the Himo H1, accelerating and all.

This isn’t Xiaomi’s first rodeo when it comes to inexpensive e-bikes. The company introduced the $269 Himo V1 last year, followed up quickly by the Himo C20, a slightly larger folding e-bike priced at just $375.

Xiaomi continued with the budget-level $450 Himo T1 electric moped and wasn’t even done there, rolling out the $284 C16 electric bicycle next.

Yep, it looks pretty silly. But I can see some real uses cases for the Himo H1.

It’d be perfect for office parks or campuses. Can’t you just see Google employees riding these right into the boardroom?

And for last-mile commutes, I can see it working too. The wheels are pretty much stand-up scooter sized, yet the Himo H1 offers a more comfortable seated position. So while you might laugh at its looks, the utility seems to be every bit as good as your standard street-corner Lime scooter.

For this price, it’s cheaper than most standing scooters anyways, yet folds down even smaller. You don’t even have to put it in your trunk; you can practically put it in the passenger-side footwell. Heck, it would probably even fit in a frunk.

I’m not saying this is going to become my new ride, but I’d sure love a spin on it!

What do you think of Xiaomi’s Himo H1? Let us know in the comments below.