Tesla released a new T-shirt to hype its upcoming new ‘Plaid’ performance mode. The automaker says that it’s “the next best thing to riding shotgun at Nürburgring.”

Over the last two months, the automaker has been testing Model S prototypes with the new powertrain at the Nürburgring race track.

Tesla CEO Elon Musk first said that the Tesla Model S with a “Plaid” powertrain and new rear-facing seats is coming in Oct/Nov 2020.

After the most recent testing, now the CEO says that it is coming next summer.

The next-gen Roadster is expected to also get Tesla’s new 3-motor Plaid powertrain, but it should come after the new version of the Model S.

While that’s still months away, Tesla decided to start hyping up the new top performance mode with a new ‘Plaid Mode’ tee.

Tesla says that “it’s the next best thing to riding shotgun at the Nürburgring”:

“Designed to celebrate Tesla’s incredible performance mode, the Plaid Mode Tee features great fit, comfort and style. Made from 100% cotton, it’s the next best thing to riding shotgun at the Nürburgring.”

They are selling the shirts on their ‘shop‘ website for $35: 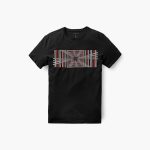 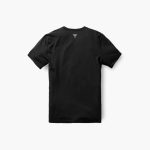 ‘Plaid Mode’ is a reference to Mel Brooks’ 1987 comedy Spaceballs.

Tesla has been naming all its performance modes (Insane, Ludicrous, and now the upcoming Plaid) based on this scene from the movie:

It’s one of many examples of Tesla implementing movie references not only as Easter Eggs in its vehicle software but also for actual features.

Like many other premium automakers, Tesla started building a ‘lifestyle’ brand with apparel and accessories.

Last year, Musk said that Tesla would invest more into its apparel and merchandise and hired experienced fashion designer Giuseppe Valentini for the effort.

Tesla also launched its own Amazon store earlier this year to sell some of its merchandise.