Tesla is launching a new Amazon store to sell its merchandise outside of its own store, which hasn’t been Tesla’s most liked retail effort by the community.

The new Amazon store comes with a few new pieces of Tesla gear, including iPhone cases, but it also has interesting implications for other Tesla products.

Update: Tesla quickly shut down the store after we posted this article. Feb 6: Tesla has relaunched its Amazon store.

Over the years, Tesla has used its ‘Tesla Shop’ website to sell merchandise and accessories.

It has some mixed reviews from owners, but now the automaker is testing something different: going through Amazon.

The company built a whole new Amazon store to sell its merchandise.

Electrek has learned that it is launching today with the first few items available on the new storefront powered by the internet retail giant:

For now, we are only talking about apparel and accessories, including a few new exclusive items for the store, like new iPhone cases: 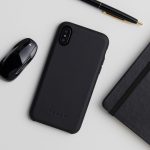 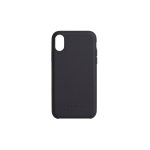 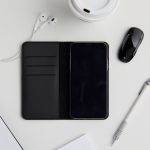 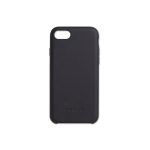 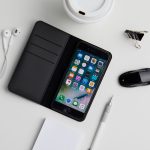 All of these items are sold through Amazon Prime with the internet retailer taking care of fulfillment.

Tesla could eventually move more items to the store and have Amazon take over the fulfillment of other, arguably more important, products.

Some products on Tesla’s Shop require installation at Tesla service centers and obviously, those items wouldn’t be ideal for the Amazon store, but Tesla also has plenty of other vehicle accessories.

They have even partnered with Audi to not only sell home charging stations, but also match buyers with electricians to do the installation.

Separately, Tesla has been working with Amazon to deploy more energy storage at distribution centers.

Update: After we reveealed the new store, several other media outlets reported on it and Tesla shut it down. The company didn’t want to comment on why it shut it down.

On February 6, Tesla relaunched the Amazon store with the products being available again.

I think this is an interesting effort. It’s fun right now for merch, but I think it has bigger implications for the future of Tesla’s retail effort.

Amazon is becoming so big that it is kind of worrying from a monopoly standpoint, but we have to admit that they have nailed the online retail experience.

It makes sense for Tesla to have them take care of fulfillment to reduce lead times for some of the accessories.

Right now, it might not sound that important, but Amazon has been making moves in the automotive space. They now sell tires, wipers and many other accessories.

With Amazon garage, customers can now list their cars on the website and they know exactly what products will work with their vehicles.