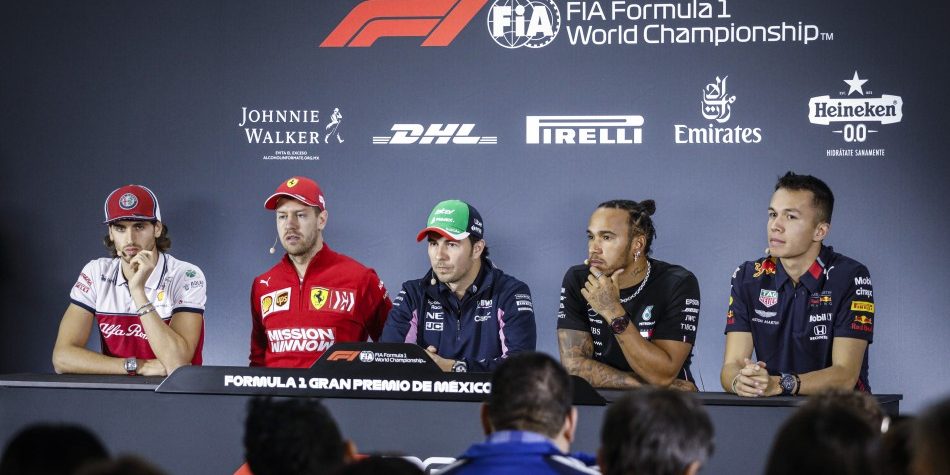 Formula One world champion Lewis Hamilton spoke about several environmental issues and revealed that he’s in the process of swapping out his internal combustion cars for electric ones, in a press conference ahead of the Mexican Grand Prix.

Hamilton also commented on recent rumors that he might switch to Formula E, stating that he has “no interest whatsoever” in joining the series.

Rumors started when, a few weeks ago, Mercedes team boss Toto Wolff said Hamilton would consider switching to Formula E at some point in the future.  Mercedes is joining the series this year, so Hamilton, a Mercedes driver, could make the shift quite easily. Last season Mercedes was affiliated with ninth-place team “HWA Racelab,” but this coming season they will field a full manufacturer team in the series.

Hamilton’s new statement that he has “no interest whatsoever” in driving in Formula E is consistent with other statements he has made in the past regarding the series, and serves to quash the rumors started by his team boss.

Despite this, Hamilton claims that in his personal life he is working to become carbon neutral. He made a series of social media posts over the week urging more environmental consciousness from the public. During this week’s press conference, multiple journalists asked about the posts, and he detailed the steps he’s taking to consider the environment further.

Hamilton switched to a plant-based diet a few years ago, has reduced his travel, and sold his private jet.  Most notably to our purview here at Electrek, he has switched to an electric smart car as his primary personal vehicle.

He also stated that he plans to swap out several of his other vehicles for Mercedes’ upcoming EQC SUV. One of these vehicles he wants to swap out is his Maybach, the most expensive and luxurious car Mercedes makes.

Hamilton, and F1 in general, attracted some criticism after the posts as the series has quite a large carbon footprint itself. However, F1 has been moving toward more efficient vehicles in recent years. For a decade now, F1 cars have used “KERS,” an energy recovery system similar to a conventional hybrid’s regenerative braking.  And they have continually been using smaller and more efficient engines: The current V6 engine formula uses 30% less fuel than the previous V8s, and yet manages significantly faster lap times.

Nevertheless, F1 is still quite wasteful. Its emissions aren’t just a matter of the fuel used by the cars as they drive around track — this is only a small percentage of the series’ emissions. The amount of international travel done by the “F1 circus” is quite immense, as races happen at 21 different tracks all over the world, and equipment and staff need to be shipped to each and every one.

Formula E, for its part, has won an award for the sustainability of their events, and they plan to go carbon-neutral by 2020.  F1 could do the same — it may cost them a bit and take a good amount of effort, but there is certainly plenty of money involved in the sport.

Former F1 boss Bernie Ecclestone has suggested that the sport go electric, though that is unlikely to happen.  The series decides on a new engine formula soon for the 2021 season, and many teams are actually advocating for more wasteful engines. One team, McLaren, was certified carbon neutral back in 2011.  And F1’s new boss, Chase Carey of Liberty Media, has signaled that he is interested in moving towards sustainability — or at least the perception thereof.

Other drivers in the press conference supported Hamilton’s message.  Former champion Sebastian Vettel stated that while it’s clear that Formula 1 has a large environmental impact, the series “should do more” to mitigate it.  He stated that “everyone can do something,” and that people (including F1) would be “ignorant” if they don’t look at the environmental effects of their behavior. Antonio Giovinazzi, Sergio Perez, and Alexander Albon all agreed with the former champions.

Lewis Hamilton’s old teammate Nico Rosberg, who himself is a former F1 champion, has been active in the electric car world lately. He has acted as a demonstration driver for Formula E and has participated in multiple social media stunts with electric cars.  He’s also a Formula E investor. Perhaps some of Rosberg’s environmental chops rubbed off on Hamilton.

While we don’t cover much “celebrity” news here on Electrek, Lewis Hamilton has a large megaphone and F1 world champions can be quite influential in automotive circles. And given that the man who is the best at driving the fastest cars in the world has decided to switch out his stable for electric vehicles, this seemed relevant to our interests.

Besides, racing is thought of as a key component of marketing in the automotive industry. There’s an old saying: “Win on Sunday, sell on Monday.” A winning team, a winning driver, can help drive sales. We saw reference to this just yesterday with Ford’s “Mustang-inspired” SUV unveiling, which Ford says will “go like hell” — a reference to a slogan they used during their famous racing campaign against Ferrari in the 1960s.

There are certainly some automotive celebrities out there, or race fans, who think something in the soul of motoring will be lost with the advent of electric vehicles. But I’ve written before about how plenty of “car guys” acknowledge the benefits of going electric. Hamilton seems to have joined that group, and we welcome him.

The fact of the matter is that if we keep up our current level of emissions, the “soul of motoring” will be lost completely — because the environmental disruption we bring on with those emissions will lead to huge disruptions in our society, which surely will disrupt the automotive industry anyway. The world is going to change either for the worse, if we don’t change our emissions, or for the better, if we do. So as long as we have control over how things are going to change, why don’t we pick the better way?

Electric vehicles are cleaner, can be operated more cheaply, are more convenient to fuel (even on road trips), and are fun enough to drive that the F1 World Champion is trading his Maybach in for one. So what’s not to like?