GOVECS, one of the leading electric scooter manufacturers in Europe, has a new lineup of electric delivery scooters. And while some of the electric scooters are fairly generic, the new ELMOTO LOOP is a light electric motorcycle perfect for maneuvering in tight urban conditions.

You know, the ones riding the rough-looking electric bicycles and wearing backpacks the size of a tuba case?

Well, GOVECS has a new electric delivery that is going to make those delivery riders drool.

The recently unveiled ELMOTO LOOP from GOVECS was purpose-built for those backpack delivery workers to navigate crowded cities.

According to GOVECS CEO Thomas Grübel:

Our vision of clean mobility in major European cities can only be realized with the involvement of traffic-intensive industries. We want to make it as easy as possible for suppliers to switch to electric fleets and offer them a product that not only perfectly meets their needs, but is also future-oriented. 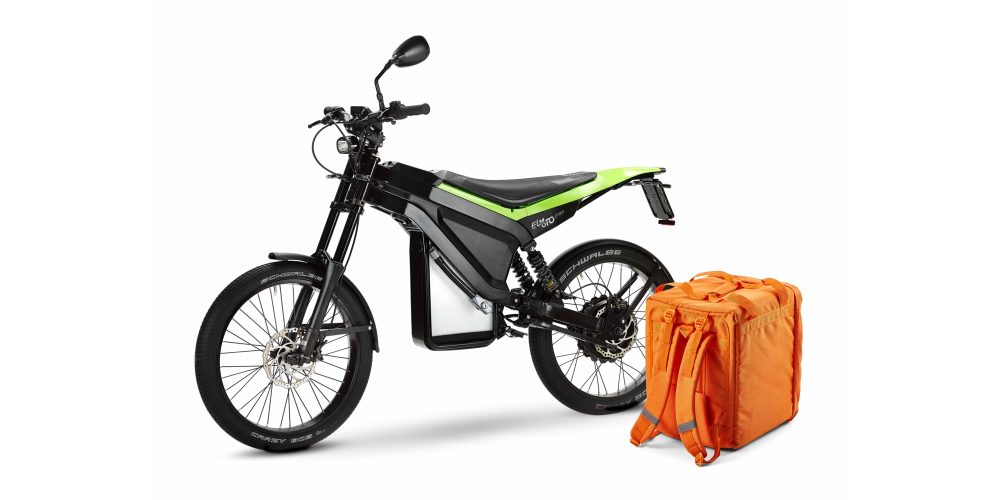 The ELMOTO LOOP seems like quite a traffic buster. It looks like a cross between an electric bicycle and a scooter. Some might call it a moped, though without any pedals. And at just 59 kg (130 pounds), GOVECS says it is the lightest offering so far in the lightweight L1E electric motorbike class in Europe. Despite its featherweight design, it can still support a payload of up to 141 kg (310 pounds).

The ELMOTO LOOP is powered by a 2 kW direct drive electric hub motor mounted in the rear wheel. While 2 kW doesn’t sound like much for a light electric motorcycle, the ELMOTO LOOP only needs to hit 45 km/h (28 mph). That keeps it street legal in the L1E class and also helps keep the size and weight down. Riders only need a standard car driver’s license and not a motorcycle license — yet another benefit of the lower top speed.

Assuming the LOOP is based on ELMOTO’s existing HR4 light electric motorbike, its battery should be good for a maximum of 80 km (50 miles) thanks to a capacity just shy of 2 kWh. It can also be recharged in 4 hours, though delivery fleets usually keep spare batteries on hand to swap out when necessary. 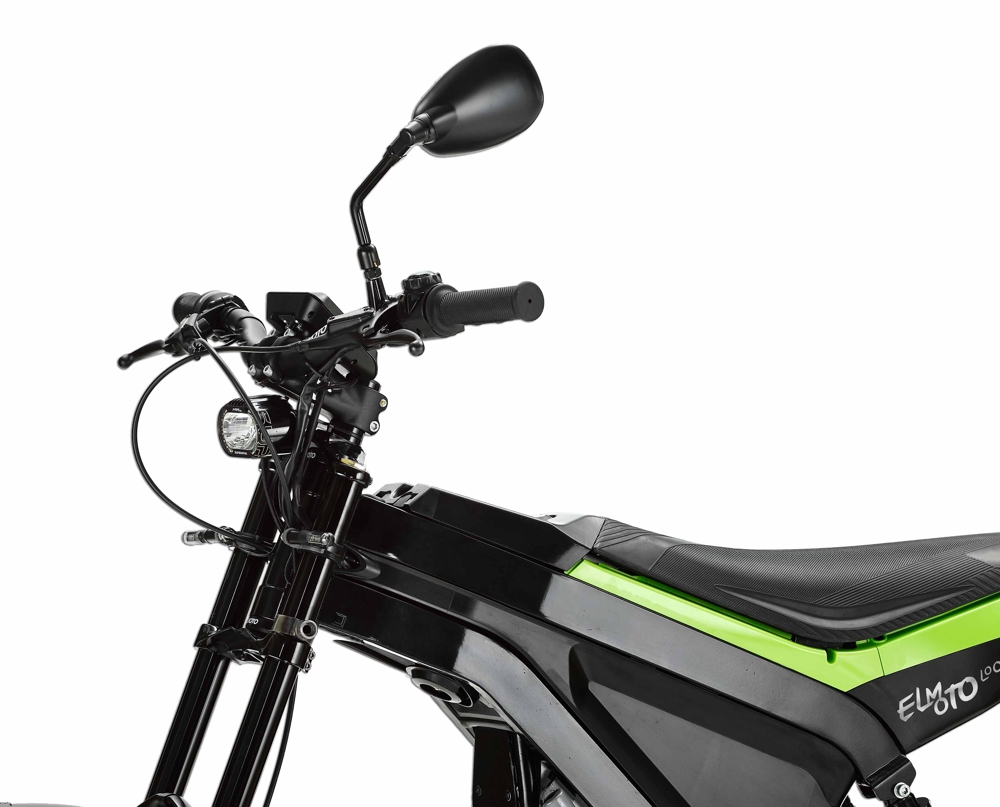 Unlike other electric delivery scooters, the ELMOTO LOOP has larger diameter wheels and tires. That should help the bike handle better on older roads found in many European cities. And with a hydraulic suspension fork up front and dual coilover shocks in the rear, the ride looks to be nice and comfortable. A closer inspection even reveals a pair of foot pegs for a passenger, though the delivery backpack is likely to take up the rear seat space most of the time.

According to a statement from GOVECS:

The ELMOTO LOOP is an excellent alternative for companies that prefer delivery services with a backpack. The ELMOTO LOOP is not only unusually slim, but also extremely agile and maneuverable. When combined with a backpack, the scooter is also ready to make deliveries. Courier services, which often wind their way through busy city centers, can also benefit from the features of the ELMOTO LOOP. The 2 kW engine performance provides real driving enjoyment at a top speed of 45 km/h. The sleek scooter will be available starting September 2019 and can be driven with a normal car driving license. The removable battery can be fully charged in just four hours.

That’s a slick-looking little electric delivery bike, if you ask me. It looks like someone is tootin’ around on a detuned Sur Ron delivering burgers and Thai food.

Sure, GOVECS unveiled some other interesting electric scooters for deliveries as well alongside the ELMOTO LOOP. Their cargo boxes are likely better for bigger deliveries, but they won’t fare quite as well as this little delivery crotch rocket will in some city centers.

My biggest question is now, “How do I get one of these?!”

Fortunately, I’m pretty sure the LOOP is based on ELMOTO’s HR4, which is an existing platform. It’s not available in the US, but I’d be willing to travel to give it a try!

What do you think of the ELMOTO LOOP? Would you prefer delivery drivers zipping around on these quiet motorbikes? Let us know in the comments below!