Jump, an electric bicycle sharing service, was scooped up by Uber last year. The ride-sharing giant used Jump as its first foray into the booming micro-mobility industry.

Jump has been in the news a lot lately for expanding their operations internationally as well as entering the nascent electric scooter sharing market.

The company is perhaps best known though for its bright red electric bicycles. But the original Jump electric bicycles, like many shared e-bikes and scooters from other companies used today, weren’t originally meant for commercial use. They were actually built on pre-existing e-bike setups to which the company added their own tracking and sharing technology.

As you might imagine, the bikes didn’t always hold up to constant commercial use.

But today’s announcement shows that Uber and Jump have been working behind the scenes to give those e-bikes a significant makeover. 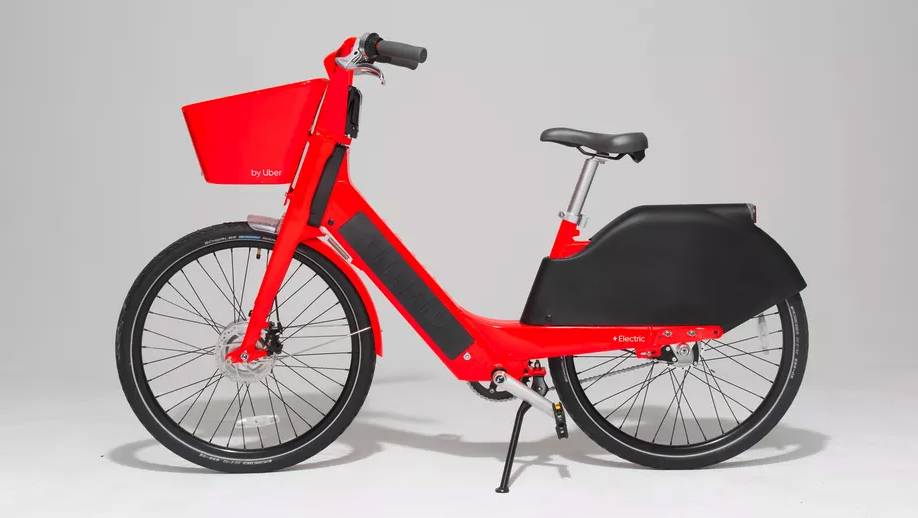 The new model has been redesigned from the ground up as a dedicated industrial-level electric bicycle. Their new e-bike is meant to be more robust, easier to use and more scalable. The company expects the new e-bikes to last anywhere from 3-5 years, though some components such as batteries may not last quite as long.

Speaking of batteries, previous Jump bikes had to be collected and charged at a depot by employees. Now the new version will have a swappable battery pack to keep more e-bikes on the street and increase availability for riders.

“To help ensure bikes are readily available and charged, the new JUMP bike has a swappable battery. Rather than our team bringing the bike back to our warehouse to charge, in just a few minutes, we can turn a dead bike into fully charged without it leaving it’s spot on the sidewalk.” 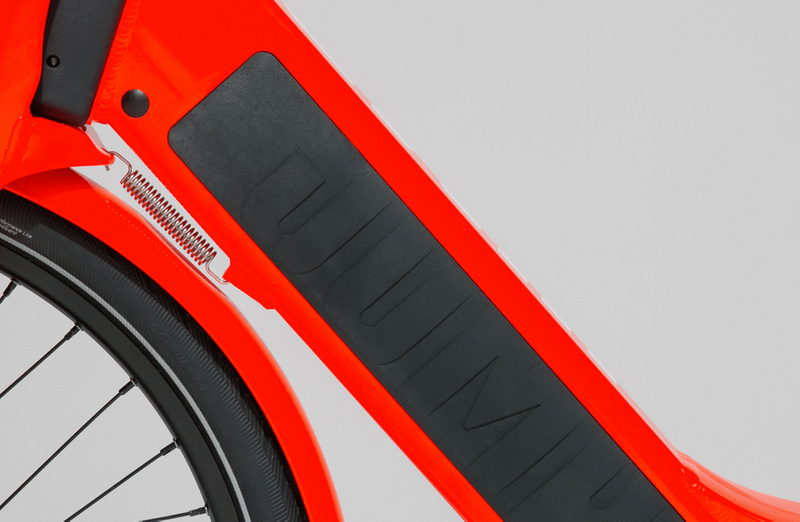 A new dashboard was added to the front of the bike, replacing the old pin code device on the rear. The new dashboard is where users can perform functions like placing their bike on hold or informing the company that the bike requires a repair. The dashboard is designed to be robust and standup to extreme weather as well as vandalism attempts.

The old 3.5 lb steel U-lock has been upgraded to a lighter cable lock. It’s not quite as secure, but theft isn’t as big of a deal with GPS tracking built into the bikes. Plus, the cable lock is much easier to use and can keep the bike from falling into the sidewalk and becoming urban clutter.

At 1 meter in length (39 inches), it should be long enough to lock to most solid objects and provide a range of parking options. 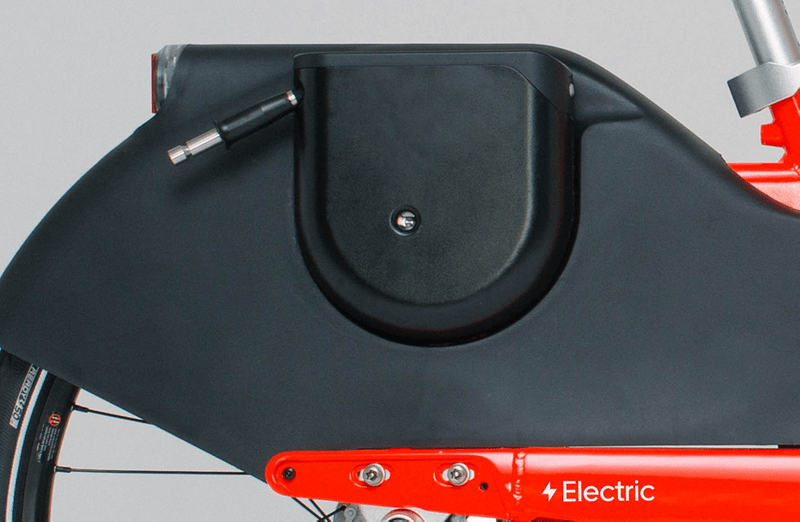 A phone mount is also built into the front of the bike that allows riders to better access their phones for GPS navigation. 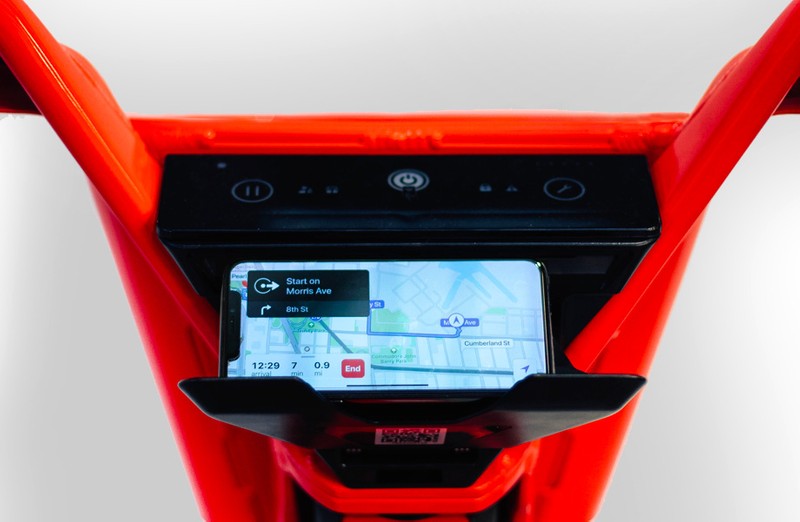 In addition to physical upgrades, Jump bikes are getting a new brain and an upgrade to 4G technology. New models should be able to better self-diagnose, informing the company in advance about what types of repairs might be needed. This can help save unnecessary repair trips for a technician to find and diagnose a broken e-bike.

“On the inside, the new JUMP bike is built off of the smartest technology platform in micromobility. With 4G connectivity, the booking experience – whether reserving remotely or walking up to a bike – is much faster. The ride experience is more reliable, since the bike can now self-diagnose its most common failures. And with full connectivity for all on-board vehicle systems, our fleets will be smarter and safer over time, as we use the live diagnostic data from each vehicle to uniquely optimize its performance with algorithms running in our cloud.” 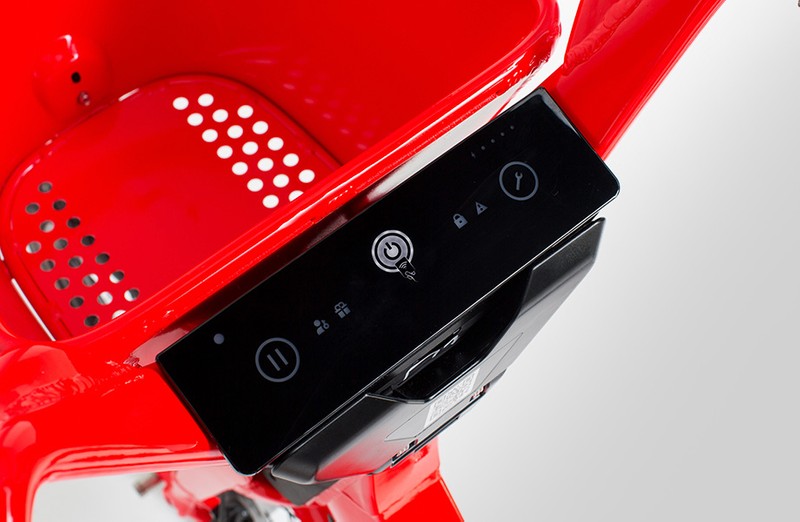 All of the major components are now connected to sensors so that the e-bike can monitor itself. This data is helpful not just for repairs, but also for continuing to optimize future updates to the e-bikes.

The new e-bikes should be available early next year.

Since Uber has already stated that it expects to provide more bike and scooter rides than car-sharing rides in the next decade, this is an important step towards achieving their micro-mobility goals. And with competition in the electric scooter and e-bike sharing market heating up, Uber’s new e-bike could be just the first of many new models to be introduced by competitors soon.