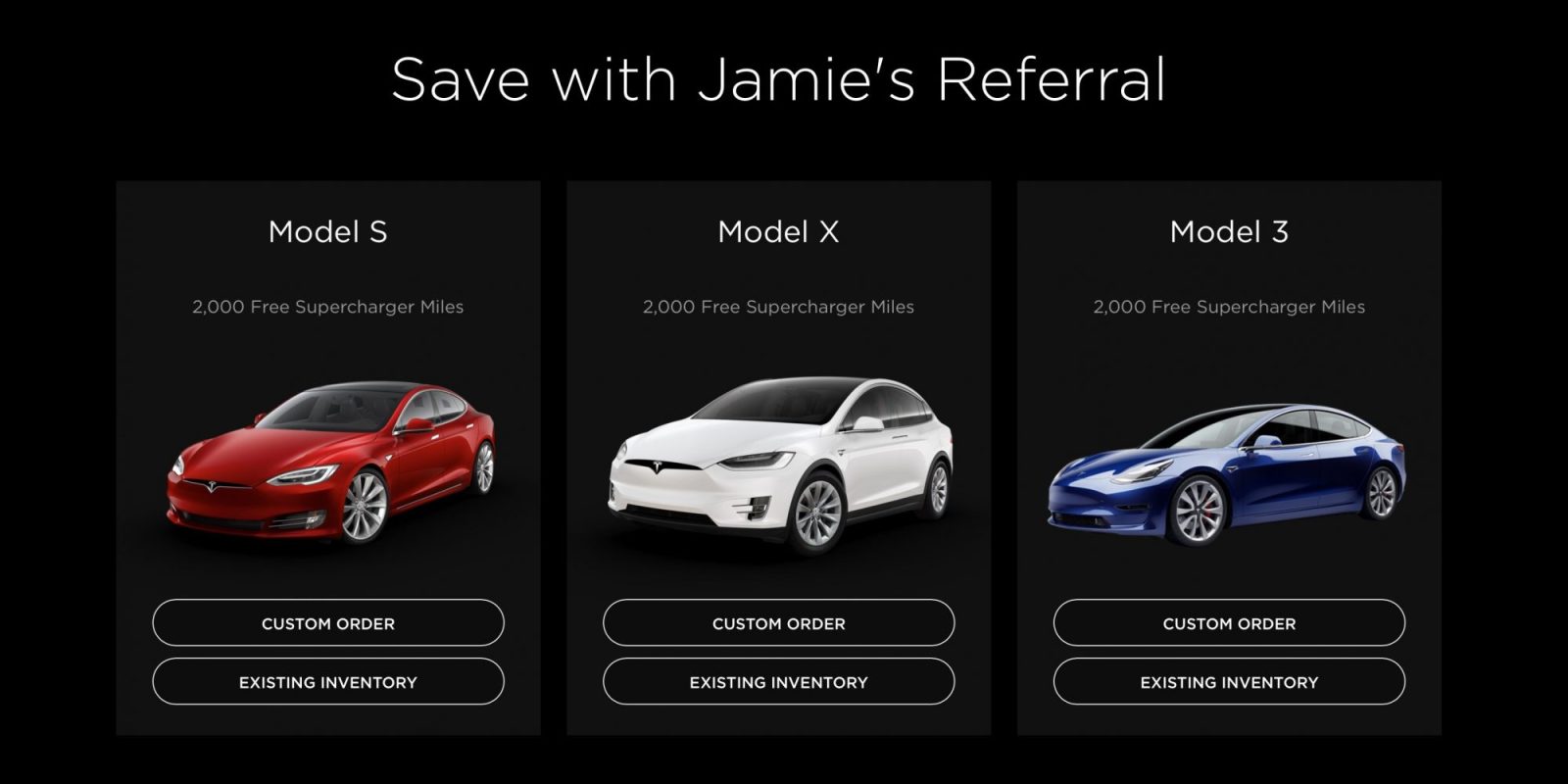 Tesla’s Referral program has been going on for several years now and has had various prizes available from time to time.  After a while, the prizes got a little too crazy and Tesla finally ended the program.  But not long after, they brought it back in a much more sustainable form.

Rather than each referrer being able to earn big prizes with multiple referrals, Tesla has offered a small amount of free supercharging to both the referrer and the referred, and also an entry into a drawing for a free Founders Series Model Y or Next-Gen Roadster.  Owners who already have free supercharging instead get double entries into the drawings.

These drawings were supposed to happen monthly and quarterly, starting in May and July respectively, though we haven’t heard about any results of them yet.

This “more sustainable” program hasn’t stopped the company from tweaking it a bit from time to time.  Soon after bringing back the program, Tesla offered a limited-time deal where they quintupled the mileage offered through the program – to 5,000 miles rather than 1,000.

That expired a few months ago, but the incentive helped Tesla to deliver a record number of cars last quarter.  Today’s new change in the program conveniently matches up with the end of Q3, so it’s likely that Tesla is looking for a little boost in sales to finish out this quarter as well.

But buyers will have to be quick to take advantage of it, because it only lasts for another 3 weeks, and buyers have to take delivery before October 1st.  Given that it can take a couple of weeks to get a “custom order” Tesla, there’s not much wiggle room there in terms of getting in your order before the deadline.

If you are looking to buy or lease a Tesla Model S, Model X, Model 3 or Tesla Solar system and you think Electrek helped you in your decision-making process, please feel free to use our Tesla referral code to make your order.