Remember that awesome WideWheel electric scooter? There may be a brake problem

The popular Mercane WideWheel electric scooter may have an issue with its rear brake. After urging from the sole US distributor of the scooter, the Korean manufacturer is investigating to determine the severity of the issue and how widespread it may be. We spoke with the US distributor to get to the bottom of it.

Fluidfreeride, the WideWheel’s exclusive US distributor, first heard from a few users of cases where the rear brake appeared to be maxing out, resulting in lowered braking performance.

Upon the insistence of Fluidfreeride, Mercane, the Korean designer and manufacturer of the WideWheel, began an investigation. Mercane then discovered an issue with the assembly of some rear brake calipers, or the component that grips the brake disc. The calipers aren’t produced by Mercane but are supplied by a large Chinese caliper factory that also supplies brake calipers for many other electric scooters from other manufacturers. 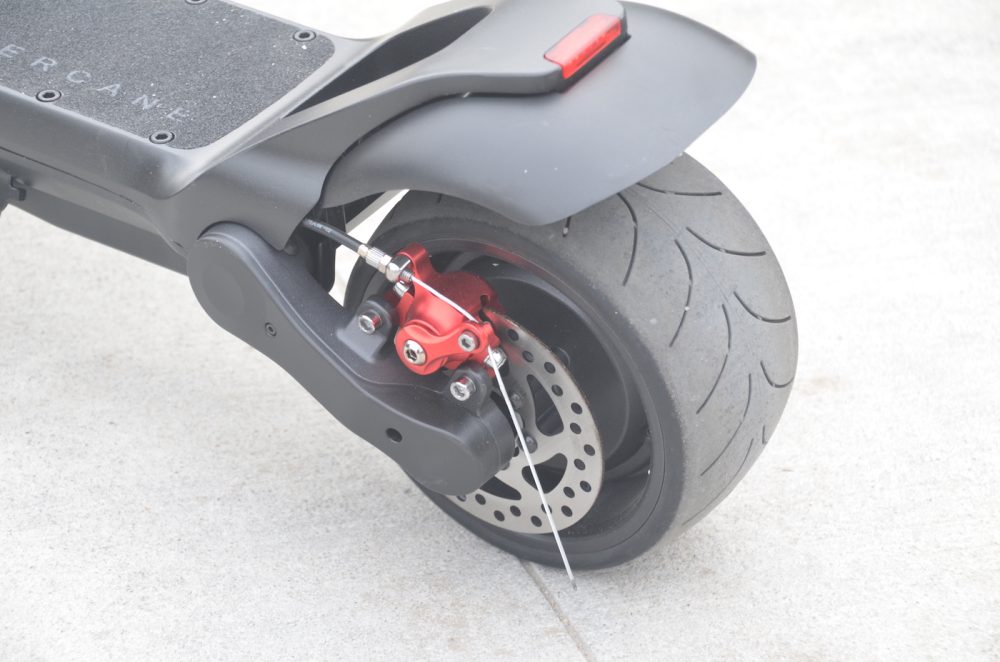 According to an email that Fluidfreeride sent to all of its WideWheel electric scooter customers:

Recently, a few of our customers have experienced a problem with their brake caliper which led us, as the exclusive distributor of Mercane’s product in the US, to trigger an urgent investigation at Mercane and their caliper supplier.

The initial results of Mercane’s investigation with the caliper manufacturer indicate that a small share of calipers may have been assembled incorrectly over time and might, under certain circumstances, not perform as intended. We have been told that the caliper manufacturer, a leading Chinese supplier of brakes, whose calipers are installed on many different scooter models, is conducting an urgent investigation into the caliper assembly process.

The observed malfunction of those faulty calipers occurred when tightening the brake by only using the barrel adjuster (instead of also using the brake pad adjustment screws), thereby significantly reducing the travel distance of the caliper arm and causing the internal caliper mechanism to fail when pulling the brake lever. 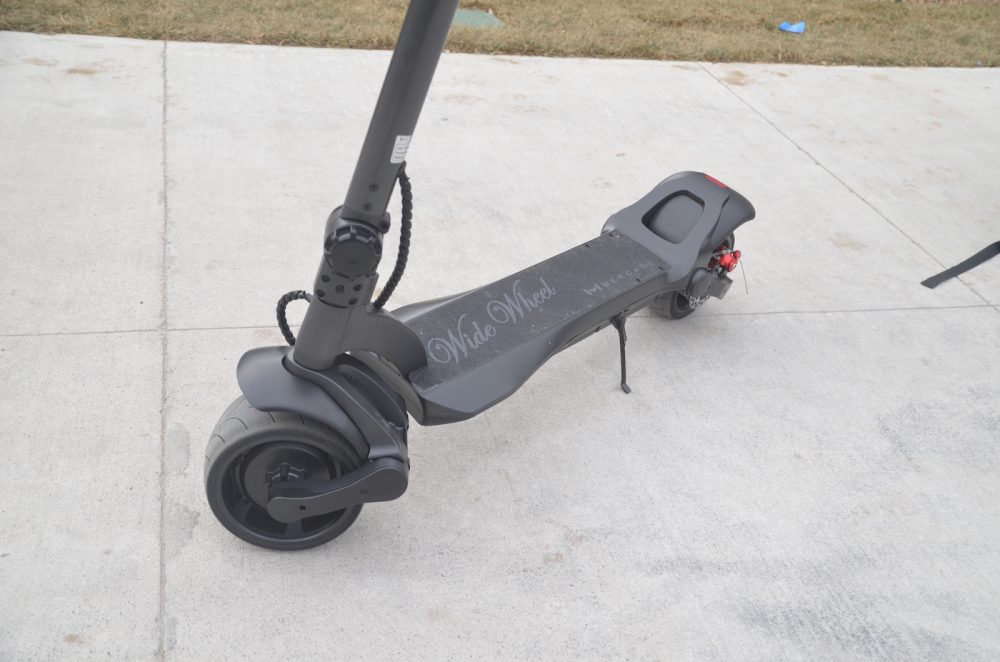 We reached out to Mercane for comment but have not heard back as of the time of publishing.

Fluidfreeride has now, out of an abundance of caution, advised that riders not use the WideWheel electric scooter until the issue is further investigated to determine how many scooters are affected and how those scooters can be remedied. The company has indicated that more information regarding a resolution would be provided in the next 24-48 hours.

Electrek spoke with Fluidfreeride earlier today to learn more about the issue.

Apparently, the affected number of scooters could be quite small because the error only occurs if:

As of this time, this is just a working assumption by Fluidfreeride and will hopefully be confirmed by Mercane soon. Updates can be found here. 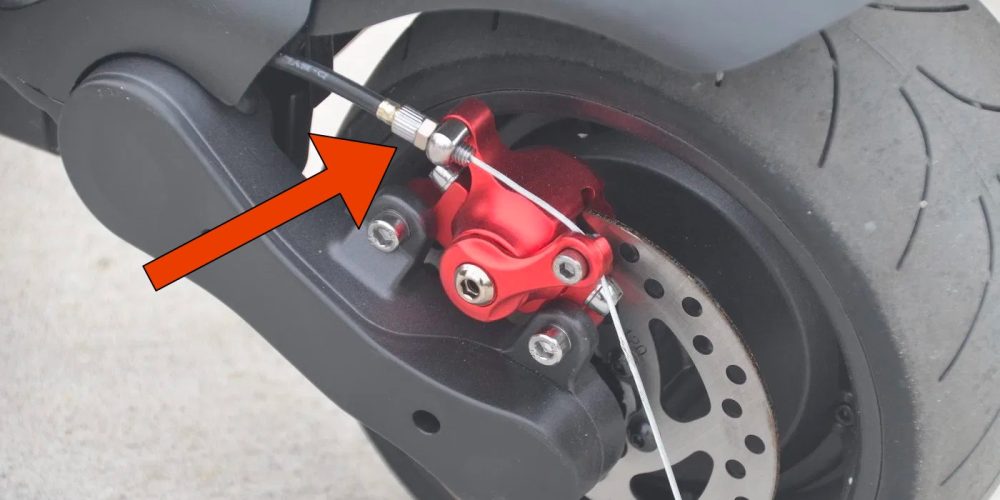 After speaking directly with the Fluidfreeride team, this is what I have gathered: The physical effect of the issue is that over-adjusting the barrel connector on affected brake calipers (i.e., excessively shortening the throw of the brake pads) would surpass the limit of the incorrectly assembled calipers, and they would no longer reach the disc rotor, which would potentially cause the braking mechanism to fail completely.

What would happen is that if the barrel adjuster is exceedingly tightened on scooters that do contain improperly assembled brake calipers, the hand brake lever would essentially bottom out when pulled, and the internal caliper mechanism would fail to engage the brake pads any further.

That being said, the full extent of the issue is still under investigation, and Fluidfreeride is advising Mercane WideWheel owners not to use the WideWheel scooter in the meantime, so that’s probably good advice. Mercane itself nor any other country dealers have issued an advisory yet, but Fluidfreeride appears to be acting with extra caution to ensure rider safety. Thus, even if you have a Mercane WideWheel purchased outside the US, it’s probably a good idea to listen to Fluidfreeride as if they were a canary in a coal mine. 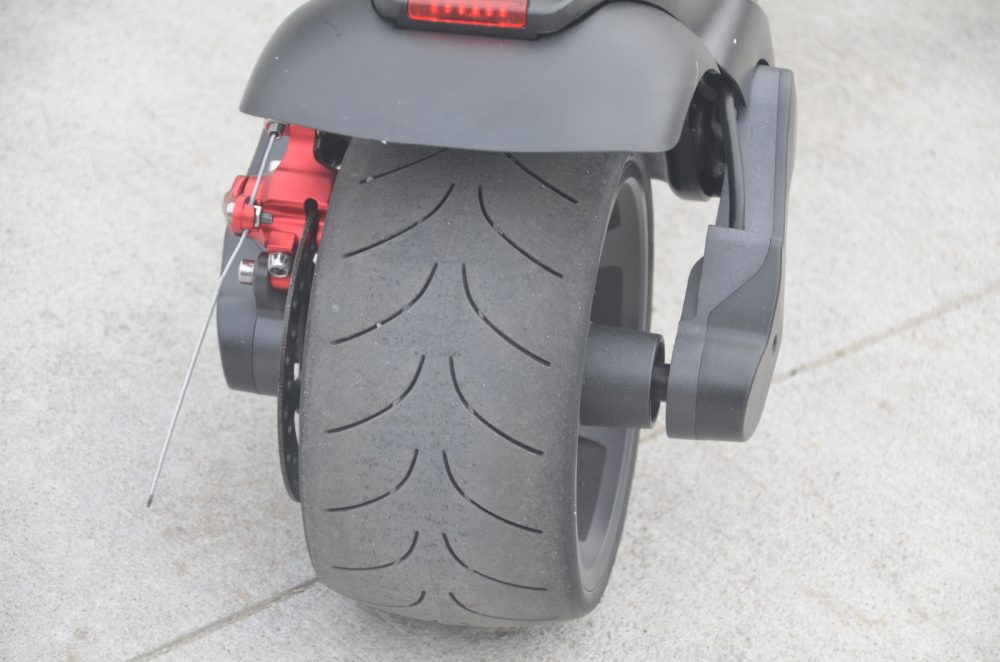 This whole issue is certainly sad news to hear because the WideWheel electric scooter was otherwise such an awesome scooter, in my opinion. We gave it a great review here on Electrek and I often used it for both on and off-road shenanigans. Multiple members of the Electrek team ride them, and we all enjoy the scooter immensely.

As much of a bummer as this whole thing is, I think it at least reflects really well on Fluidfreeride, and is another example of why it’s better to buy from a trusted local dealer than to take a shot in the dark with a drop shipping company. It seems like Fluidfreeride has actively pushed the manufacturer to stop dragging its feet and get to the bottom of the supplier issue, and in the meantime, Fluidfreeride has been working on providing a solution to customers. The company is the first company (and apparently the only company, at this time) to advise customers of the issue that could turn out to be smaller than initially expected. That’s a risky business move, but a pretty solid ethical move if you ask me. That also makes me feel pretty good, considering I own a few other scooters from Fluidfreeride (albeit that come from different suppliers higher up in the supply chain).

Hopefully Mercane can figure this out and which scooters are affected. Since the problem is multiple levels up the supply chain (apparently originating in the factory of a company that supplies parts to Mercane, which then supplies scooters to Fluidfreeride, which then sells directly to US customers), that may prove to be easier said than done.

We’ll let you know as soon as we hear any updates.