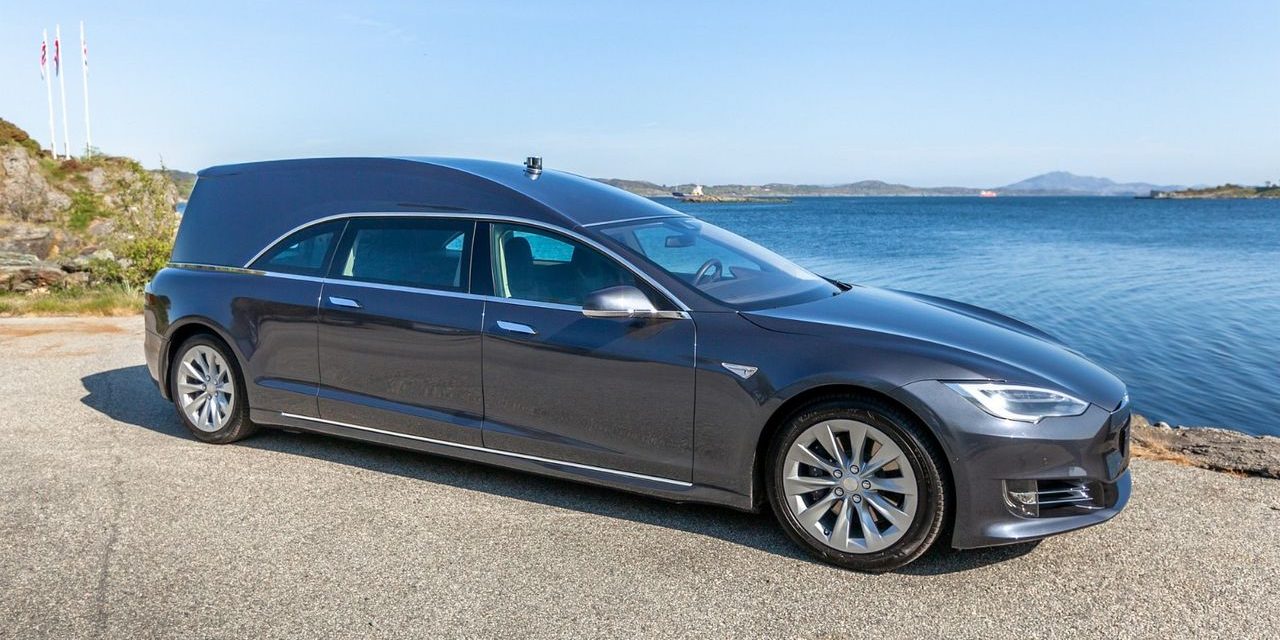 A new Tesla Model S hearse now goes for sale at a whopping $200,000 as every segment of ground transport is rapidly going electric – even hearses.

Hearses are actually perfect for electrification.

They mostly drive relatively small distances from funeral homes or churches to graveyards and they generally have plenty of time to charge between drives.

Some funeral homes and hearse makers have seen the opportunity for a while now and we have seen them use Tesla vehicles and a Leaf to create all-electric hearses.

Now we see a new Tesla Model S hearse going for sale for the first time.

They described the vehicle in the listing:

Here are a few images of the Tesla Model S hearse:

It is made by Jan Erik Naley, who specialized in making hearses and he says that he has already made 3 Tesla hearses to date.

The work involves more than just changing the inside and back of the roof. Naley had to increase the length of the vehicle by 80 cm.

It turns out that the Model S’ design actually translates fairly well into a wagon design and several companies have made prototypes.

I never understood why hearses were always so luxurious, but if they have to be, might as well be all-electric and made out of Tesla.

That way, your very last car ride is zero-emission and quiet.

Also, I have to admit that Naley’s work is beautiful. He really managed to adapt his hearse format to the Model S’ design.

I hear people are dying to ride in one of Naley’s Tesla hearses.