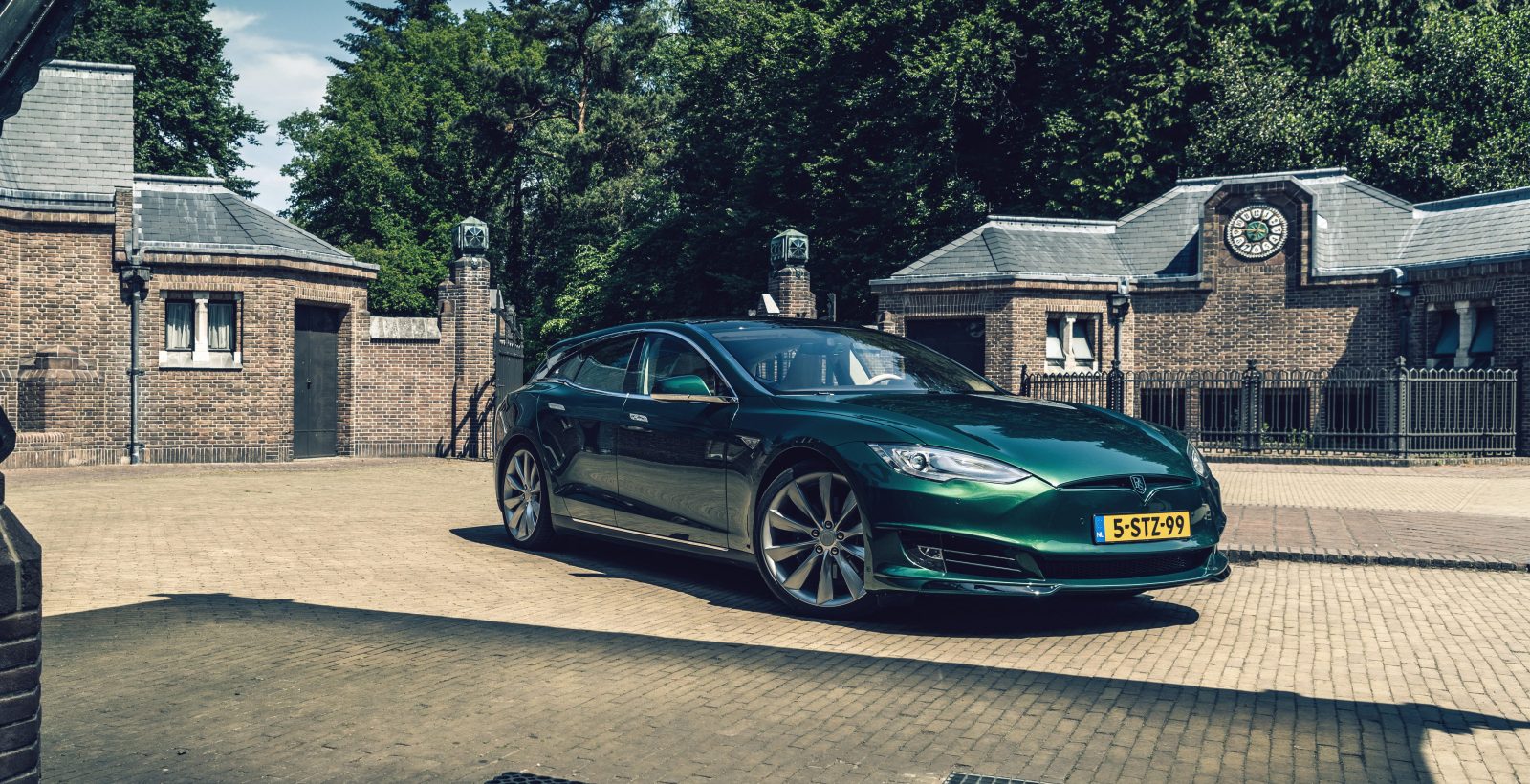 We already reported on a company building a Tesla Model S wagon, but now a second company is attempting to build an all-electric station wagon using the Model S. That company unveiled it today. Station wagons, shooting brake, estate cars or whatever you want to call them, are quite popular in Europe and there are no all-electric options.

It turns out that the Model S’ design actually translates fairly well into a wagon design.

Qwest’s Model S wagon showed that, but now RemetzCar, a Dutch conversion car company, is trying to take it to a new level.

RemetzCar is already known within the Tesla community for having turned a Model S into an all-electric hearse.

They were commissioned by Dutch collectioneur Floris de Raadt to transformed his Model S sedan into a shooting brake.

“The idea was to translate my Tesla Model S into a dynamic and sporty yet elegant Shooting Brake, rather than creating a car with maximum luggage space. Niels van Roij Design developed several options for the conversion, focusing on premium design combined with limited conversion costs: thus making coach building available for a larger group of connoisseurs. Our favourite was the option called ‘Bold Chrome’, featuring remarkable high gloss chrome window trims emphasizing the bold dynamic lines of the car. The result is truly stunning!”

You can judge for yourself since RemetzCar released pictures and renderings today:

As you can see, they kept most of the design, but they also had to develop several new parts:

“RemetzCar’s craftsmen translated Van Roij’s design sketches into the actual car, leaving the full core structure of the car as well as the crumple zones intact. RemetzCar also a developed a completely new tailgate, featuring a rear spoiler with hidden rear window wiper and brake light. To give the car an even more bold stance also from a front view, Van Roij added a chrome trim that runs from the A-pillars all the way along the roofline and around the panoramic roof. Finally, the team developed a unique colour, based on De Raadt’s wishes. The green metallic with a twist of gold gives the Model SB an elegant yet striking appearance.”

The vehicle will have a public premiere at the International Concours d’Élégance Paleis Het Loo, held from 29 June to 1 July 2018 in Apeldoorn, The Netherlands, and the owner will tour Europe with the vehicle after that.

Personally, I think I prefer this design over the one from Quest that came out of the UK. It looks more refined.

With this said, I know that they highlight it as a feature, but I am not a fan of the large chrome window trim in the back.

Also, I have never understood aftermarket modification companies removing the badging and replacing them with their own. I understand adding your own badging in a few places, but I have a problem with replacing existing badging.

The car is still mostly Tesla’s.

To be fair, RemetzCar is not the only one doing that. Saleen and others have been known to do that from time to time.

I know that they can be some issues with selling products with badging from another company, but in this case, we are talking about a private owner having his own vehicle modified and therefore, they can have anything they want on it, which is fair.

What about you? What do you think of this Model S wagon? Let us know in the comment section below.