Tesla is working on building a new structure at its Fremont factory that will include a solar roof installation to test the lastest verion of Tesla’s solar power product.

When Tesla launched its Solar Roof Tiles in 2017, the automaker said that they would start volume production and installation in 2018.

However, the rollout turned out to be much slower and installations have been limited to the homes of some executives and a few customers.

CEO Elon Musk said that they had to make some changes to the product in order to make sure it will last for 30 years.

At Tesla’s 2019 shareholder’s meeting, Musk said that they are now completing a third version of the Tesla solar roof:

“We are about to complete version 3 of the solar roof. This is actually quite a hard technology problem to have an integrated solar cell with a roof tile, have it look good, and last for 30 years.”

The CEO explained that they had difficulties doing accelerated testing on the roof, but they now feel more confident.

Now we learn that Tesla is planning to build a ‘test structure’ for the solar roof tiles at Fremont Factory, according to a building permit obtained last month (via CNBC): 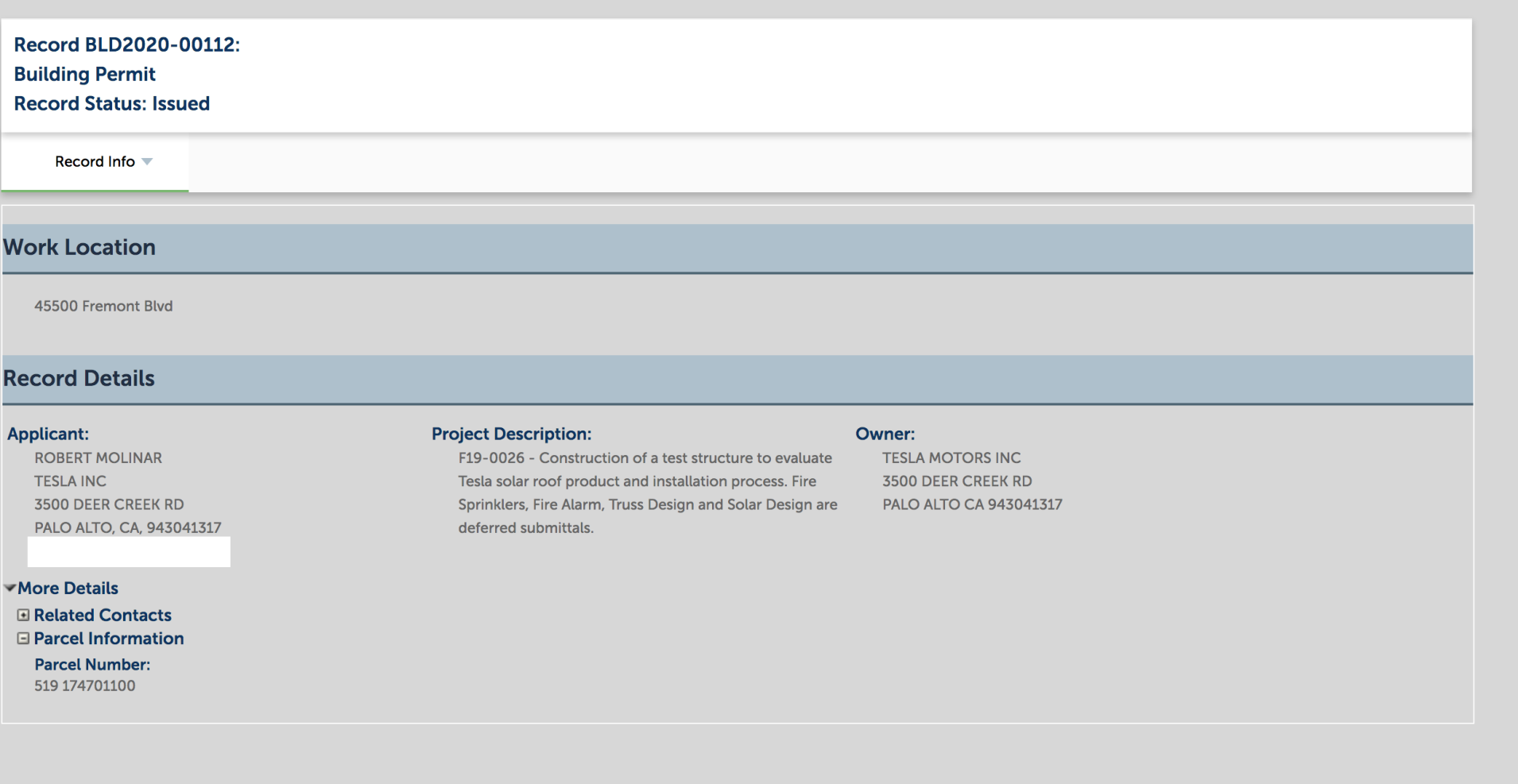 According to the description in the construction permit, it would be to test both the product and installation process:

When first launching the new product, Tesla said that it should take roughly the same time to install a solar roof as a tile roof installation, which is typically 5-7 days.

Earlier this year, we reported that Tesla Solar Roof installation were still taking about 2 weeks, which adds to the cost of the product, but that was before the solar roof V3.

Last month, Electrek released a first look at Tesla’s V3 solar roof tile technology with custom fittingsand the first real Tesla Solar Roof quote. The price was shockingly high, but Tesla argues that it’s worth it when adding the electricity savings over time.

Earlier this week, Musk said that Tesla plans on ramping up Solar Roof Tile production to 1,000 roofs per week by the end of the year.