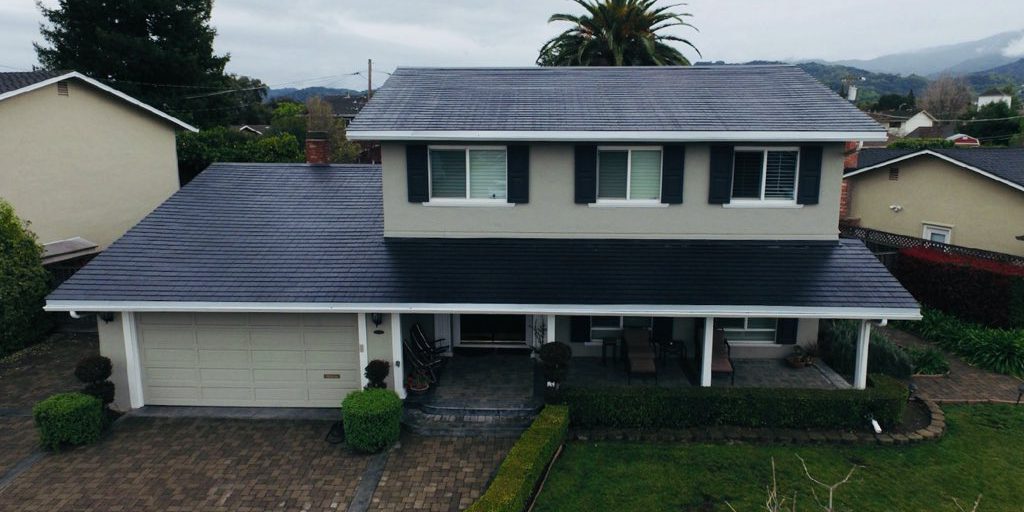 The rollout of Tesla’s new solar roof tiles has been slower than anticipated, but the company continues the installations of the Tesla Energy product with a focus on the Californian market as we take our first look at a solar roof ‘textured tile’ installation.

The company confirmed that they have started production of the first two types of solar roof tiles, Textured and Smooth, at the Gigafactory 2 in Buffalo during the fourth quarter 2017.

We have seen Tesla starting to install more solar roof systems in recent months, but we were told that it was still only for employees at that time and we have only seen the “smooth tile”.

Now we see one of the first customer installations with the “textured tile” in San Jose (via @toblerhaus on Twitter):

Only the tiles best positioned under sunlight are equipped with solar cells and Tesla says that the system adds up to a capacity of 9.85 kW.

As we previously reported, Tesla started taking orders with a $1,000 deposit for the first versions of its solar roof tiles in May 2017 and the product was sold out “well into 2018” within the first few weeks.

That was before experiencing delays and therefore, installations are going to be dependent on the production ramp in Buffalo.

Separately, the company still offers regular solar modules to be installed on existing roofs, which is a more economical solution for homeowners who don’t need to replace their roof anytime soon.

Tesla solar roof products are perfect for homeowners who want solar and need a new roof relatively soon, but a regular solar panel installation is still a good solution for people who don’t need a new roof. Solar and energy storage prices are highly dependent on your market (electricity cost, gov incentives, etc.) and your property. We suggest getting quotes from more than one installer to make sure you get the best energy solution for your place. UnderstandSolar is a great free service to link you to top-rated solar installers in your region for personalized solar estimates for free.