Audi has been using Tesla Supercharger stations to advertise its e-tron electric SUV. Is this a smart move, or are they shooting themselves in the foot?

After launching the e-tron electric SUV last year, Audi had some difficulties bringing the car to production.

They had some software issues that delayed the rollout in Europe and the US. Audi ended up having to recall some e-tron SUVs over a battery pack issue.

Now they are back on track and trying to sell their first electric vehicle built to be electric from the ground up.

As we previously reported, Audi is actually one of the rare legacy automakers who is investing in advertising their electric vehicles.

Earlier this year, it had a Superbowl ad about electric vehicles, a new campaign about EV misconceptions, and it even did a few electric vehicle movie product placements.

Now Audi is marketing the e-tron directly to Tesla owners by renting space at Supercharger stations in Europe.

People have been sharing some pictures of Audi marketing installations at Supercharger stations (via Roger Rusch on Twitter):

Some are even claiming that Audi sometimes blocks Tesla’s Supercharger stalls with its e-tron SUVs: 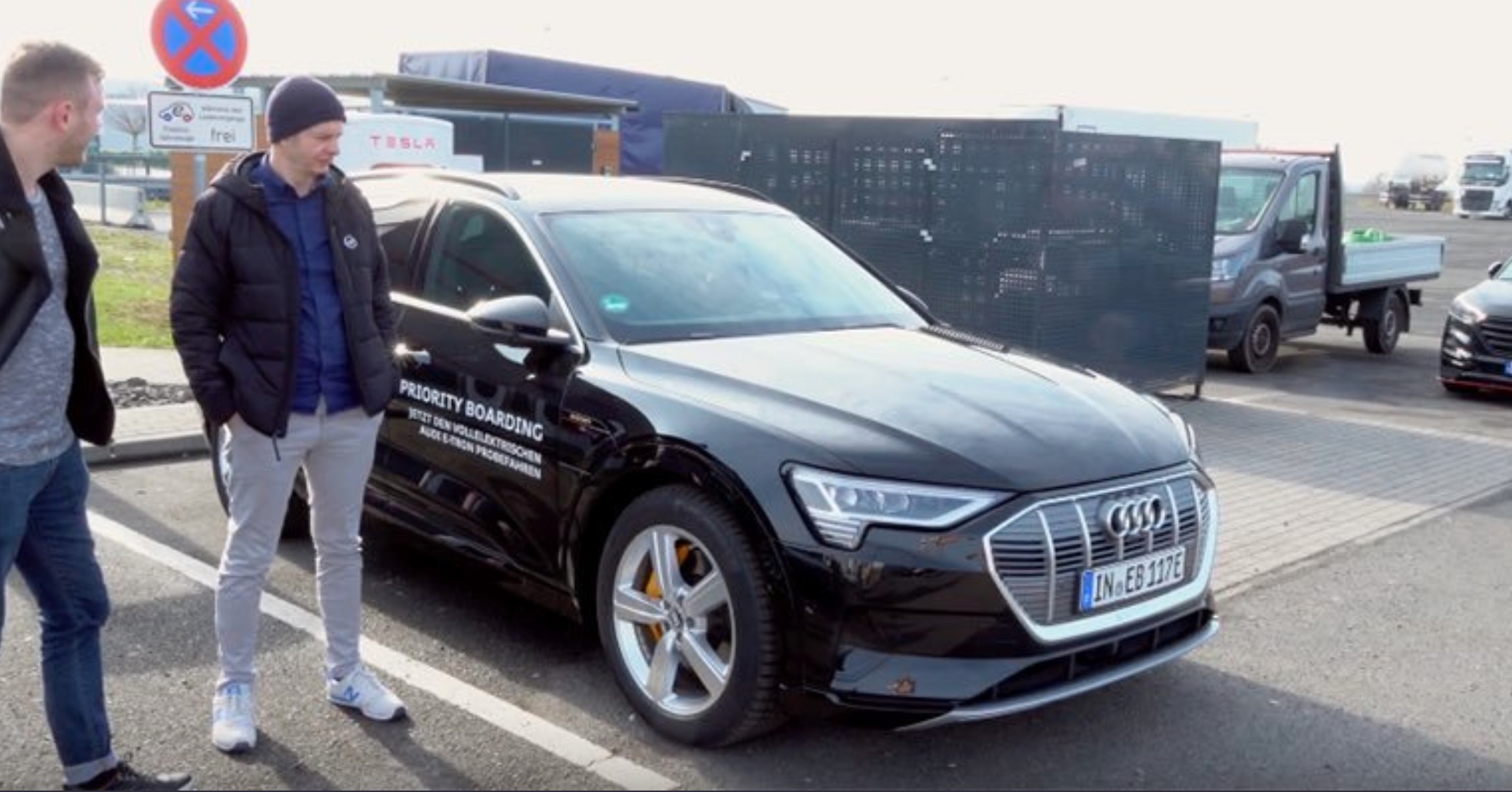 This is the only photo evidence that we’ve seen of that, and it’s unclear from the picture whether it’s a marketing effort.

What do you think about Audi’s approach of using Tesla Supercharger stations for marketing?

Tesla’s mission is to accelerate the advent of electric transport, and because of that, the automaker welcomes new electric vehicles from competitors on the market.

More electric vehicle options generally mean that buyers are going to be more likely to buy an EV over gas-powered cars.

But some legacy automakers ended up producing electric cars after feeling the pressure from Tesla, and they still want to protect their gas-powered car business.

It leads them to try to get their market share back from Tesla instead of taking it from gas-powered cars, which is inevitable in the long term.

So in short, I don’t agree with the method.

In my opinion, the Audi e-tron SUV is a great SUV, and it can be positively compared to virtually every other vehicle in the segment, except for Tesla vehicles.

It’s a much tougher sell for them to go against Tesla owners.