Luna Cycle is no stranger to high power electric bicycles.

The California-based electric bicycle company has always marched to the beat of their own drummer when it comes to e-bike designs.

While other companies were rolling out cookie cutter Bosch-powered e-bikes, Luna has brought us crazy two-wheelers like the 45 mph (72 km/h) and 6,000 W Sur Ron and the hipster-spec single speed Luna Fixed.

Their latest e-bike, the X-1 Enduro FS, is a shot across the bow of expensive downhill e-bikes like Haibike and Specialized LEVOs. 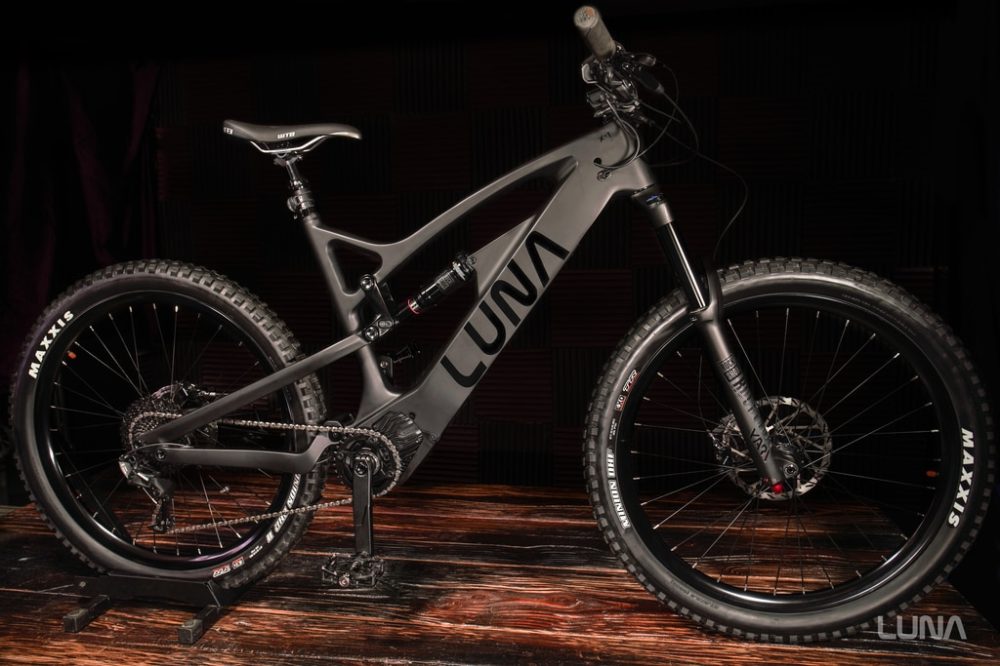 The X-1 Enduro FS currently comes with a promotional price of $3,450. That’s down from its MSRP of $4,200. And if that still sounds expensive to you, consider that it is competing against e-bikes that can cost as much as twice those prices. And the X-1 Enduro FS has the spec sheet to match.

The list just goes on and on. It’s not hard to find a standard pedal bicycle at nearly this price and with these specs. Add in a high power, 95 Nm Bafang mid-drive and giant battery, and this bike becomes a surprisingly affordable ride. In true Luna fashion, they’ve gone out and done what other companies have been unwilling or unable to do: build crazy bikes that people can actually afford. Bafang M600 mid-drive: small and lightweight, yet capable of 2,000 watts

The bike isn’t just an amalgamation of expensive components either. It has some pretty extreme performance. While you can get the standard 750 W mode, Luna offers a “Ludicrous Mode” option that bumps up power to 2,000 W. The 750 W option includes a hand throttle, while the 2,000 W option is pedal-assist only. There’s also a 300 W “Granny Mode” option – more on that below.

Luna is upfront about one aspect that has helped them bring the price down: overseas manufacturing. As the company readily admits:

“Unlike our other flagship carbon bikes, this is one of the few bikes we have chosen not to build in the USA, and we will be upfront and honest about this move.  Instead, we have teamed up with an incredible parts supplier to obtain never-before-seen pricing on a top notch carbon frame, and top notch components to match, which we have full confidence will fulfill the expectations of the most seasoned eBike riders.” 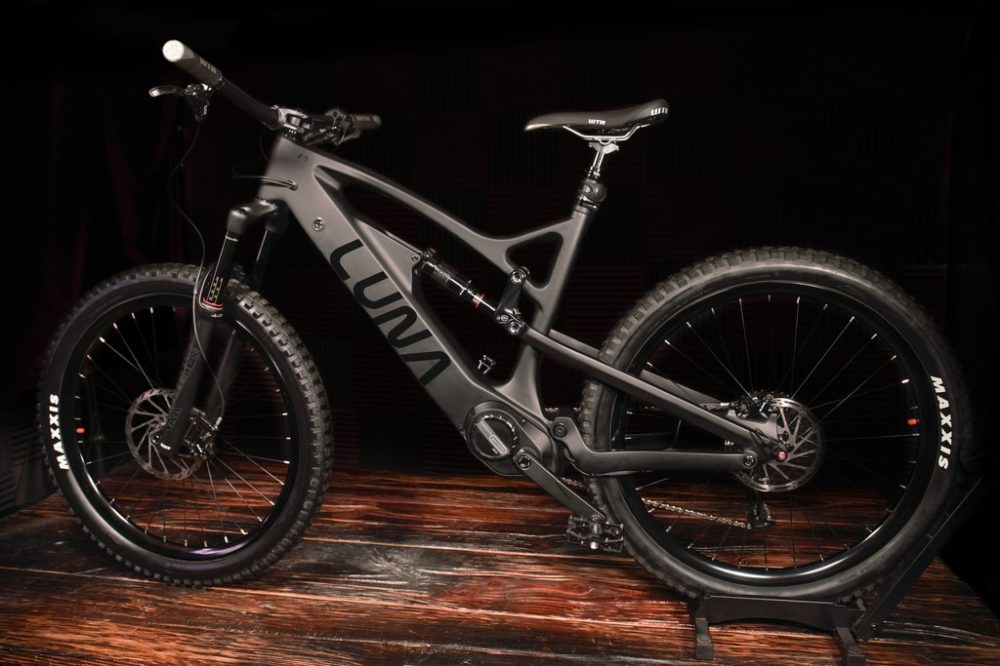 This e-bike is pretty insane on its own. But for $3.5k, this is really a great deal. I’ve ridden high-end Haibikes and Specialized e-bikes that cost twice as much with similar parts and performance. If the sticker on your bike is important to you, get one of those. If performance matters more, this could be a great chance to save some cash.

Luna has faced its fair share of detractors over the years. The company has always done things its own way and that has sometimes ruffled feathers in the industry. For example, the X-1 Enduro FS e-bike’s neutered 300 W option is listed on Luna’s site as “Granny Mode available for  Courtesters”, a jab at a popular electric bike reviewing group that is often criticized for charging money for favorable reviews (for the record we don’t do that).

The one other thing I’d like to see on this bike is a hand throttle for the 2,000 W model. At that point, you’d basically have a light electric dirt bike. But I understand that the point of this bike isn’t to be a motorcycle – it’s to be a high power downhill e-bike. One that you can fly right back up the mountain on after each run.

And the reason a hand throttle is absent on the 2,000 W version is likely because that’s so much power that an inexperienced rider would easily break chains and sprockets if using full power in the wrong gear. Pedal assist helps apply a smoother load, while throttles allow you to just mash all that power to the ground instantly. Do that in high gear on a steep trail and you’ll tear up more than just the dirt under your tires.

All told, I’d say Luna has done a great job of outfitting this bike for what it is intended to do. It’s a recreational bike designed to hit the trails and have fun doing it. Just ride safe out there and remember to be courteous of your fellow pedal bikers that don’t have 2,000 W of assistance beneath them!