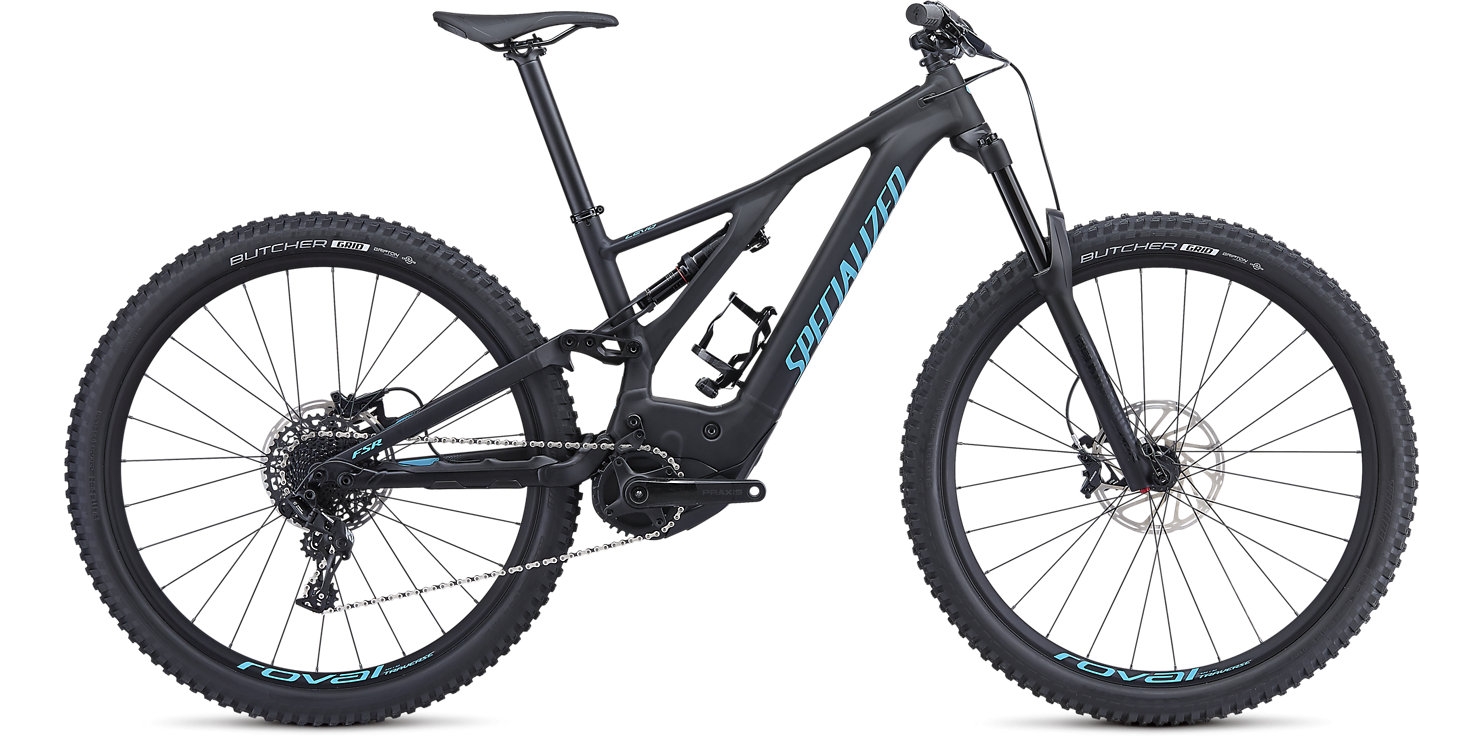 Specialized has reworked their Turbo Levo full suspension electric mountain bike, and is showing it off today at the Paris Motor Show. The newest addition to their lineup features reworked motors and batteries giving the bike the best technical specs of the line yet.

Last month we were on site in Reno for Interbike 2018 covering all the new electric bicycle announcements from companies big and small. Nearly every large electric bicycle manufacturer was on site debuting their newest models.

However, Specialized is one of the few bicycle companies that doesn’t normally attend such shows.

This time though we were able to catch up with them in Paris to get up close with their brand new Turbo Levo line.

While many mid-drive electric bicycles are using motors built by Bosch, Yamaha, Shimano or Bafang, Specialized instead uses a Brose mid-drive motor.

This year, Brose updated their motor and managed to shave off 11% of the weight, dropping the motor and drive unit from 3.4 kg down to 3.0 kg while increasing the torque to a maximum of 90 Nm (66 ft-lbs).

One of the advantages that Brose maintains over other mid-drive motor manufacturers is that the internal reduction is performed using belts instead of chains or gears. That results in an incredibly quiet riding experience.

Gear reduction mid-drives are notorious for a higher pitch whine, especially at high speeds and under heavy loads.

The battery has also been reworked in the new Turbo Levo.

Previous versions used a battery that was removed forwards out of the front of the down tube. That required a heavier C-shaped down tube design to support the load of a rider. Now the battery has been updated to slide up into the hollow down tube through an entry directly in front of the motor. 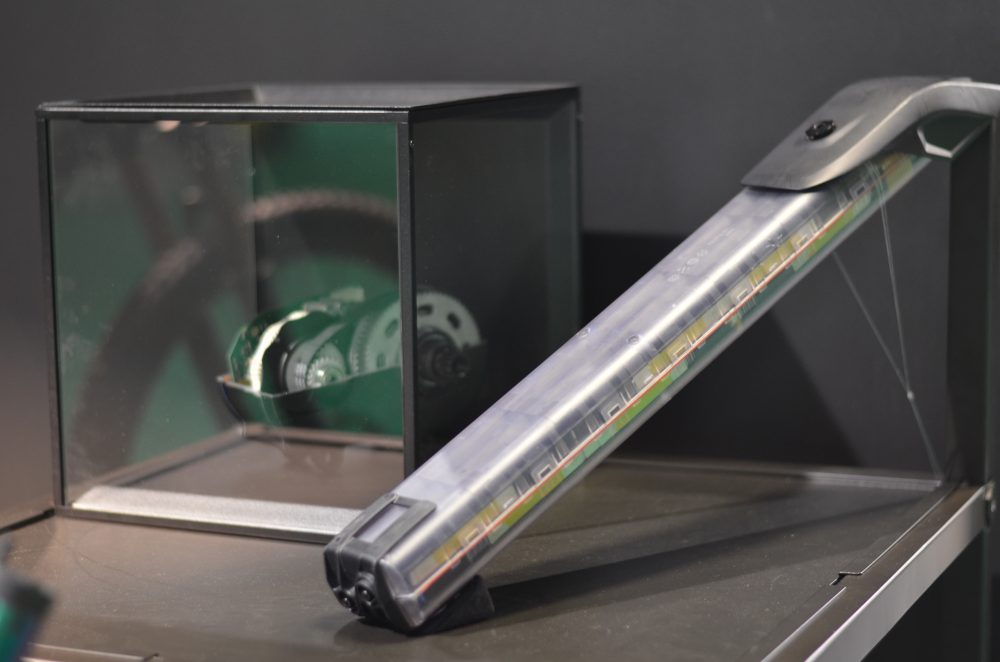 The battery capacity of the Turbo Levo has also increased, with multiple size options maxing out at 700 Wh. The number of battery cells remains the same, but Specialized switched from 18650 size cells to 21700 cells similar to those produced by Tesla. That helped increase the capacity of the battery by nearly 40%.

Most electric bicycles have battery capacities of around 350-500 Wh. A larger battery capacity in an electric mountain bike like the Turbo Levo is beneficial due to the high power requirement of climbing up mountain trails. Electric bicycles make it easy to climb up mountains, as we experienced recently while riding the latest electric mountain bikes at the Northstar California Resort. Climbing up off-road trails is thrilling, but requires a lot of battery capacity. Now the Turbo Levo can last longer for even more off-road riding.

Specialized is known for creating top quality bikes, and the Turbo Levo is no exception.

A number of different Turbo Levo models are available. They all feature 29″ tires, but the different models are outfitted with varying options depending on the type of riding.

The base model Turbo Levo features a 500 Wh battery, aluminum frame, RockShox suspension in both the front and rear and SRAM Level hydraulic brakes. 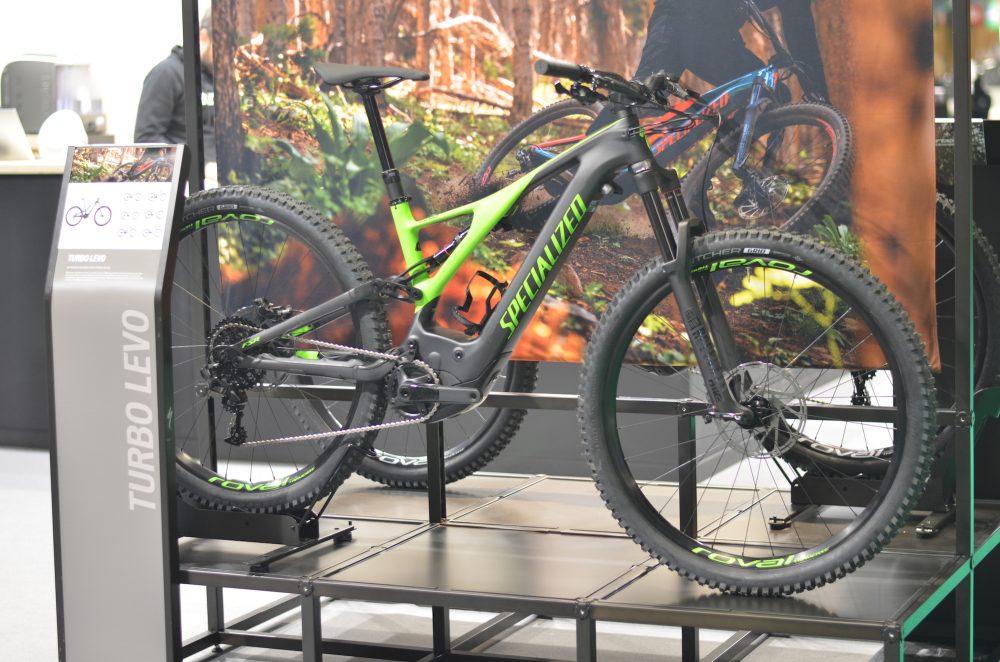 The Turbo Levo Comp retains the same frame and battery, but upgrades the brakes and the model of RockShox suspension. The Turbo Levo Comp also adds a telescopic seat post, allowing you to adjust the height of the seat with just a single finger press on a handlebar-mounted button.

The next step up in the Turbo Levo family introduces a carbon fiber frame and 700 Wh battery for longer riding times.

While the entry-level model is likely to start in the $5,000 range, expect the Turbo Levo S-Works to be nearly twice that. 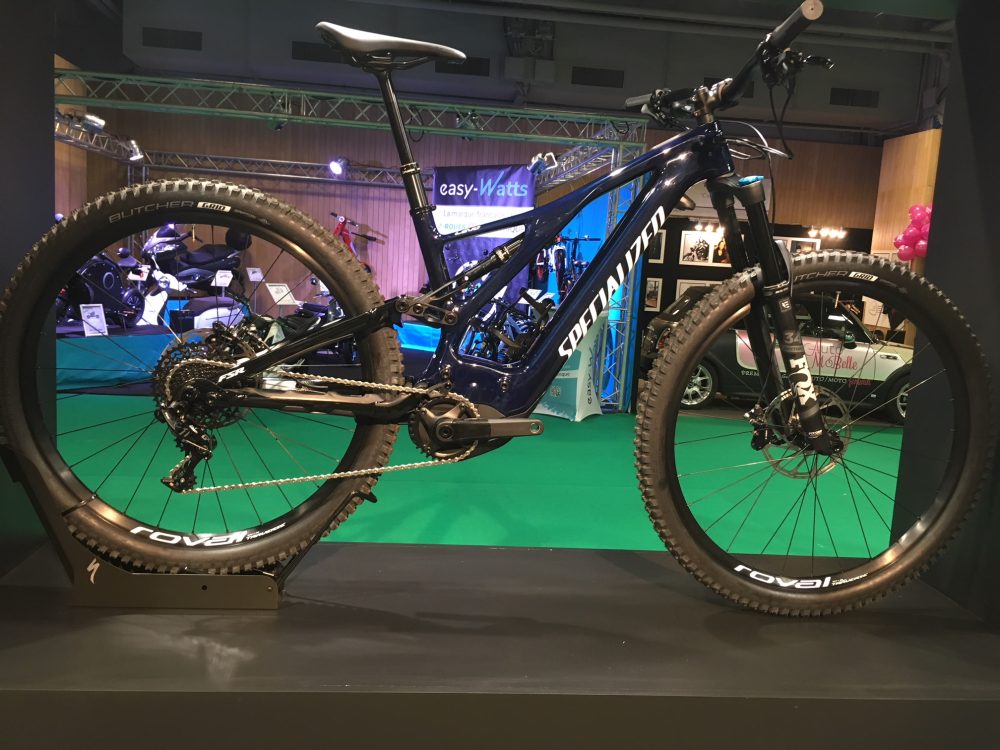 These are some really nice bikes. My blood isn’t quite this rich, so I actually had to look up some of the higher end components included in the different models, as I haven’t had the chance to see them before in the flesh. Specialized has put some top-notch components on these bikes.

Of course it takes more than just high-end bike parts to make a good electric mountain bike. I haven’t ridden these bikes (yet) so I can’t report on the ride quality, but the build quality is up there with the best I’ve seen in the industry.

At the end of the day, high quality bikes like these Turbo Levos are a matter of both safety and comfort. They aren’t your everyday $2,000 commuter e-bikes. Instead, they are for bombing hills while keeping you alive and in one unbroken piece.

So if you just want to get to work, then maybe grab a $500 e-bike. But if you want to safely fly up and then back down mountain trails, the Turbo Levo line could be for you.