Look, I’ve ridden electric motorcycles and I’ve ridden gas motorcycles. I’ve owned multiple of both. And they’re both so much fun that I feel like I’m doing something illegal.

But at the end of the day, I’d choose an electric motorcycle 9 times out of 10. They have so many advantages over gas bikes. And to save you time, I’ll list the five most important below.

If performance is what you’re after, it’s hard to compete against electric motorcycles. And that’s not hyperbole either. Electric superbikes like the Lightning LS-218 have often taken the top spot on the podium against gas bikes, such as in the Pikes Peak hill climb race.

That means you can achieve comparable performance to a gas bike with a much lighter and smaller electric motorcycle, or you can go with a larger electric superbike and get insane acceleration. 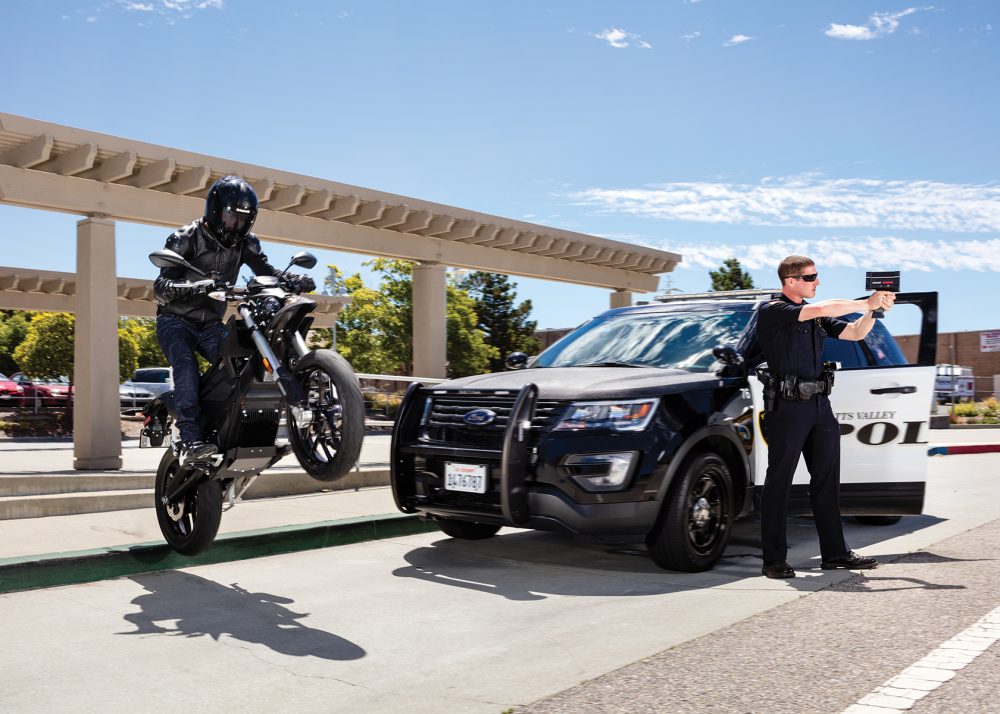 For me? I’ll take the former. I’m currently riding a Zero FXS electric supermoto. Its relatively small 35 kW (47 hp) motor absolutely launches off the line, even in low power mode. In high power mode, which I rarely even use, it’s tough to keep the front wheel down.

Gas bikes of this size simply can’t match the torque and power generated by electric motors.

This one is obviously a matter of personal preference, but I find electric motorcycles to be more comfortable in a number of ways.

They don’t vibrate like gas bikes, meaning your bike doesn’t shake while riding or stopped at a red light. Sure, many gas engines have counter-balancers now to try and reduce vibrations, but that’s a band-aid. Why add mechanical complexity (and more points of failure/maintenance) when you could just remove vibrations all together for a more comfortable ride? 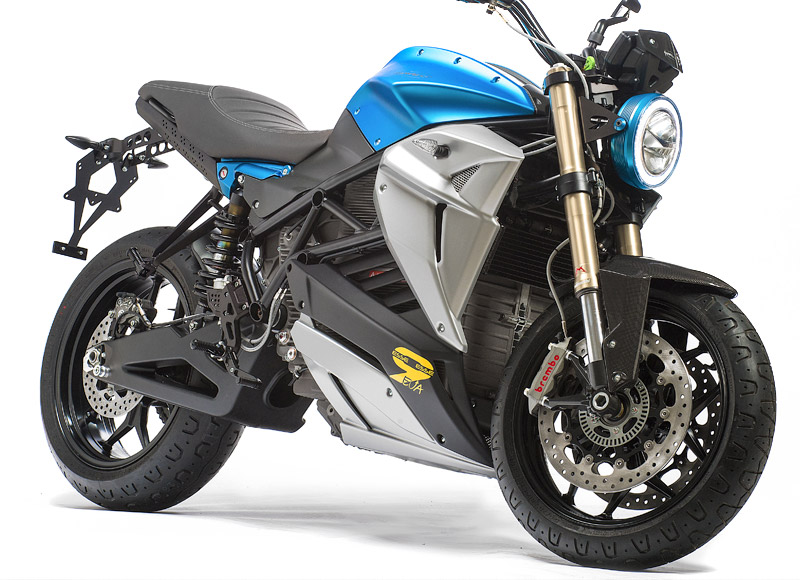 You also don’t have to worry about burning yourself on a hot exhaust header. You might think those burns give you street cred. But trust me, your girlfriend doesn’t. And she absolutely doesn’t want any.

Electric motorcycles are also more comfortable for riding in traffic and other urban scenarios. With no clutch or gears to worry about, you can enjoy the ride instead of clutching and shifting every three seconds. 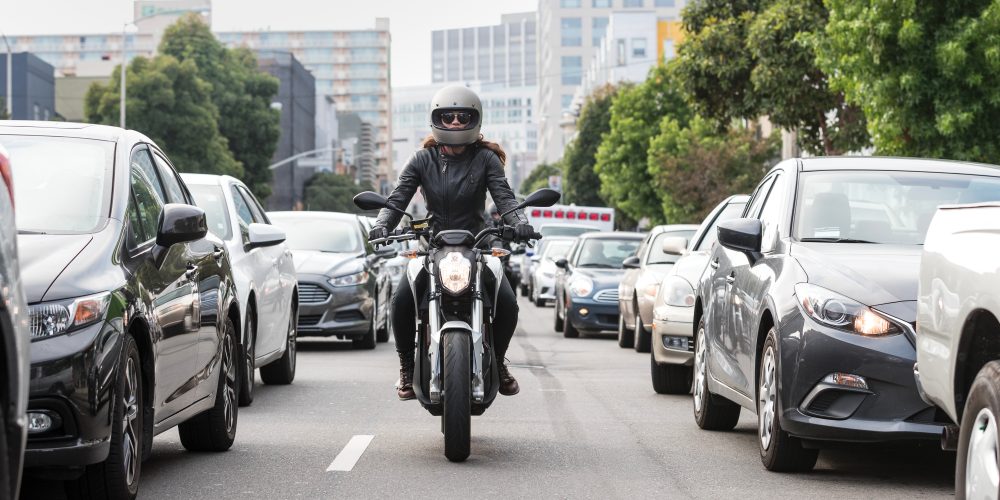 If you’re an old gas-bike hold out then this is probably the point where you go all “ha, gotcha now! I love shifting and so I’d never get an electric bike!” 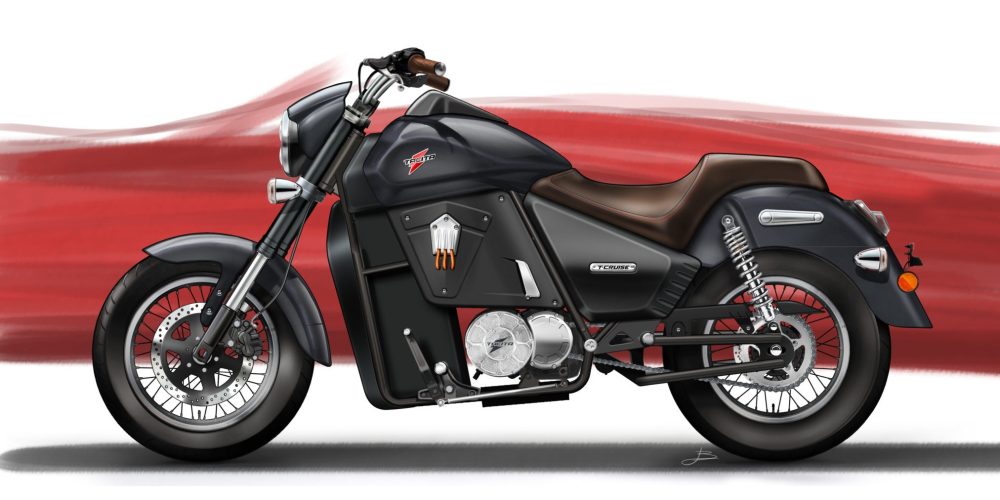 Another win for comfort and I know this one will be controversial, is the lack of exhaust noise. Electric motorcycles aren’t actually silent, as the myth goes. They generate their own motor and belt noise, but it is much quieter than gas engine exhaust. I’d say that my Zero FXS gives me more of a subtle Star Wars pod racer feel than a lawn mower exhaust sound found on gas bikes. Of course, now that lawn mowers are going electric, that mower exhaust reference might have an expiration date on it.

The lack of exhaust noise is just so much nicer. I love riding an electric motorcycle through wooded highways, cutting through the forest with the sounds of birds and wind around me. I love being able to ride in my neighborhood early in the morning or late at night without bothering my nice neighbors. I love simply not being robbed of one of my five senses every time I get on my bike. 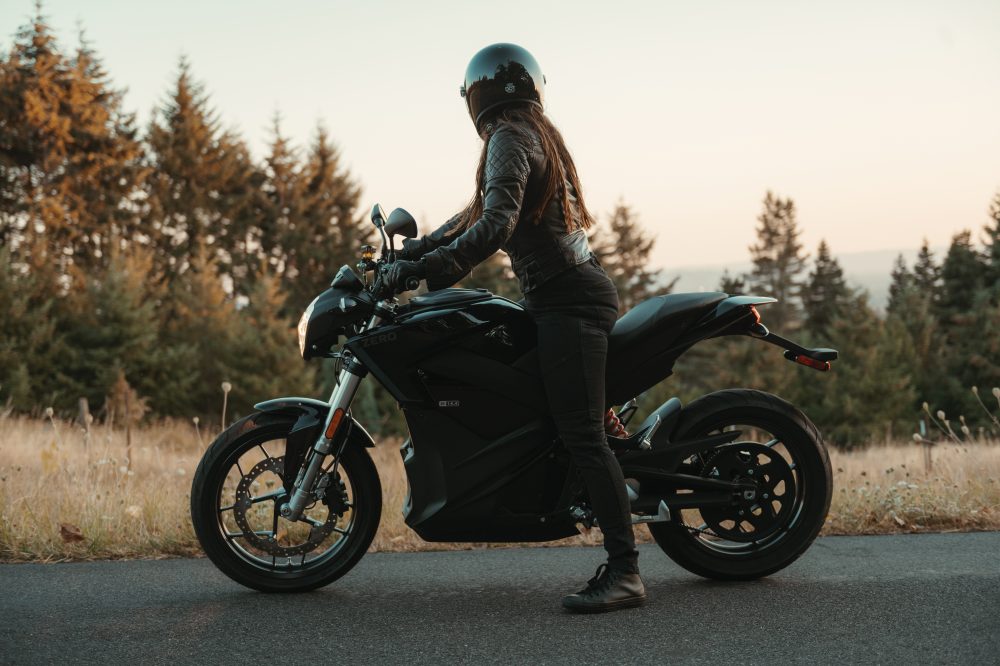 And if you’re one of those “loud pipes save lives” kind of people, well then I have news for you. If you’re relying on your exhaust being the thing that saves you then you don’t belong on the road. Work on your riding skills and road awareness first. As an electric motorcycle rider, I know that I don’t announce my presence the way a Harley does. And that makes me a better rider because I focus even more on my invisibility training to ride safely and ensure that I don’t put myself in situations where car drivers are going to take me out. Whether or not the minivan at the red light hears me pulling up behind them, I know that my safety depends on my riding skills, not on my engine continuing to explode on schedule.

Part of the fun of riding a motorcycle is modding it, customizing it, and making the performance suit your needs.

With an electric motorcycle, that’s as easy as pulling out your phone and moving a few slider bars in an app. There are no carburetors to mess with, no engine timing to adjust, no injector profiles, no greasy hands, no weekends missed riding because your bike is still up on the lift. It’s just easier. 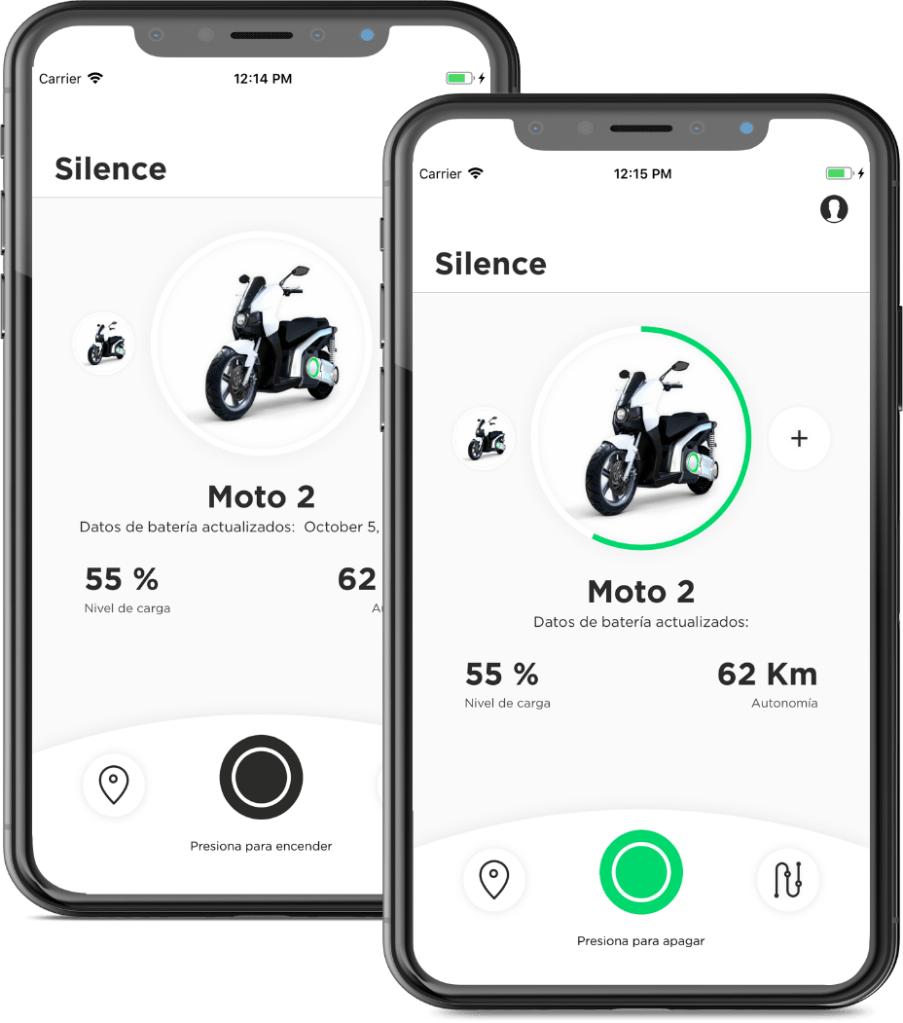 And the ability to keep your bike current with updates is key. Can you imagine if every time a new computer operating system update came out, you had to buy a new computer? That’d be ridiculous. But that’s what happens when a new model year gas bike comes out with changes and improvements.

With an electric motorcycle, you can take advantage of nearly all of those updates simply by updating your bike’s software. Some manufacturers require this to be done at the dealer, but most can be done at home with your cell phone. It doesn’t get any easier than that!

Electric motorcycles are simply more convenient. There, I said it.

Imagine if you had a gas station in your garage? That’s what I have, effectively. I charge up at night and never need to go out of my way to find a gas station. That’s even more of an advantage when you consider all the weird stuff and odd people that always seem to find their way to the gas station at the same time as you. And especially for female riders, there’s one less chance for you to get accosted! (“Hey honey, what’s a little girl like you doing on such a big bike?”) 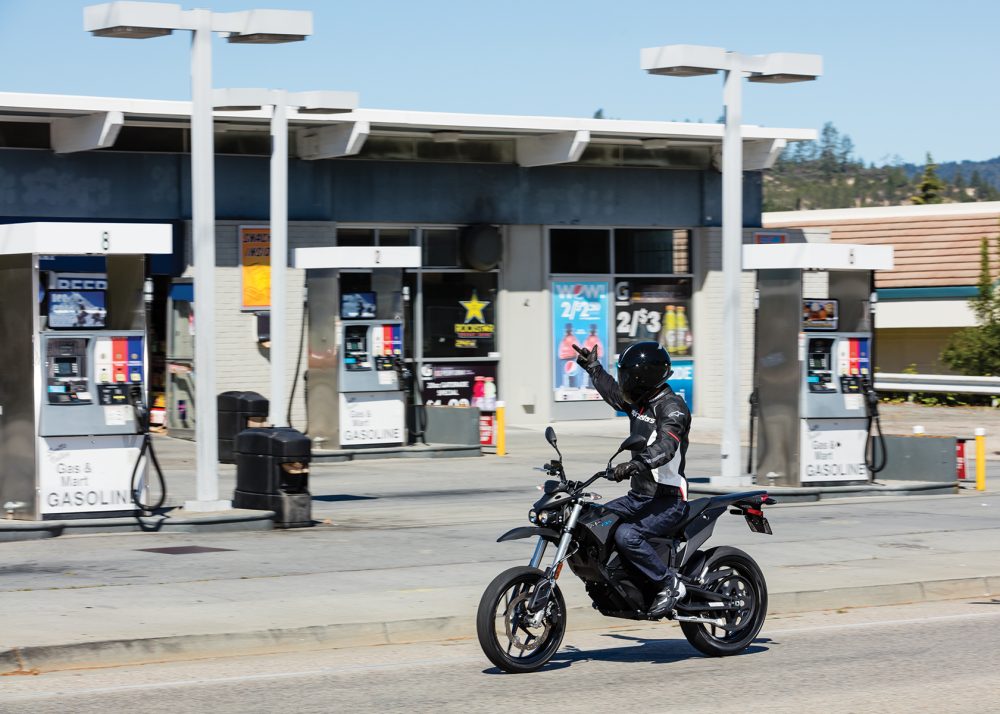 Sure, you’ll have to deal with tire changes and brake pads eventually, but even brakes last much longer due to the regenerative braking of electric motorcycles.

So if you’re the type of rider that prefers spending time riding your bike instead of spending time turning a wrench under your bike, then electric motorcycles could be for you.

Save money with an electric motorcycle

But after the initial purchase price, electric motorcycles will save you a ton of cash. Depending on your weekly commute, you could spend a few bucks in electricity instead of dozens in gas. 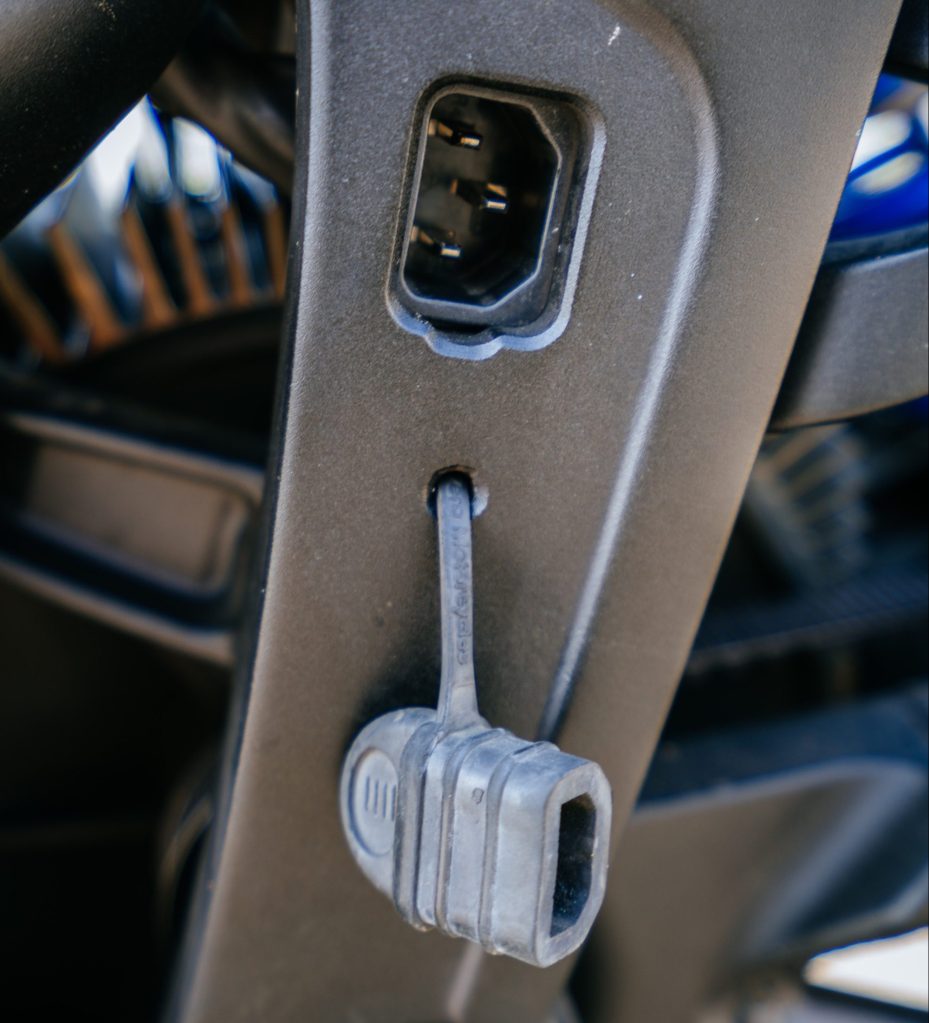 Insurance is also another area where you can save significant cash. Electric motorcycles often get classified as smaller bikes, such as 250cc class, making them much cheaper to insure. This is likely because most insurers still don’t know how to deal with electric motorcycles, so it might not last forever. But in the meantime, it’s pretty funny that you can have a 100 hp electric motorcycle with a 0-60 mph time of under 3 seconds insured as a 250cc bike.

Look, if you aren’t convinced and you want to argue with me about other factors I didn’t cover, that’s cool. I’ll meet you down in the comments section.

I’m not saying electric motorcycles are better than gas bikes in every way. They are more expensive. They don’t have as long a range before refueling (or recharging). There are still areas where electric bikes can’t compete.

That’s the beauty of it. Charging times are coming down. The Lightning Strike has a 200 mile (320 km) range and charges in half an hour. Soon we’ll be at touring bike levels of range and recharge time. And as battery costs come down (and fuel prices keep rising), electric motorcycles will be even more cost competitive. 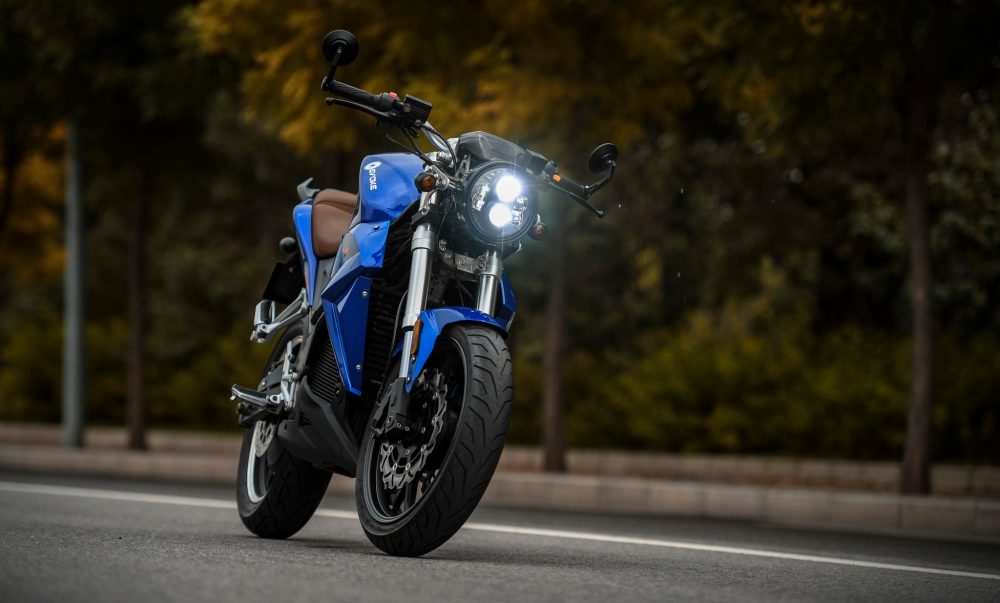 And I’m not saying gas bikes don’t have their places. I’m sure in 100 years there will still be a few people riding gas bikes as a hobby. People still ride horses today, even though there are objectively better forms of transportation. And that’s fine. People can ride whatever they want to ride.

But at the end of the day, it is simply becoming hard for gas motorcycles to compete with electric. And electric motorcycles are still in their infancy. Imagine where we’ll be in a few years. There’s a reason that everyone from Harley Davidson and Triumph to the Big Four Japanese motorcycle manufacturers are all working on electric motorcycles.

Electric motorcycles are the future.