I’m an equal opportunity EV lover – I’ll give any personal electric vehicle a chance. And while electric scooters and e-bikes are fun, nothing gets my heart pumping with a combination of fear and excitement quite like an electric skateboard. Add in all-terrain tires and you’ve got a serious recipe for fun. Check out the Backfire Ranger X1 below. But be careful if you’re prone to impulse shopping. Put your wallet in the other room, because you’re going to want to buy this board!

But it is definitely the best bang for your buck all-terrain electric longboard I’ve ridden. 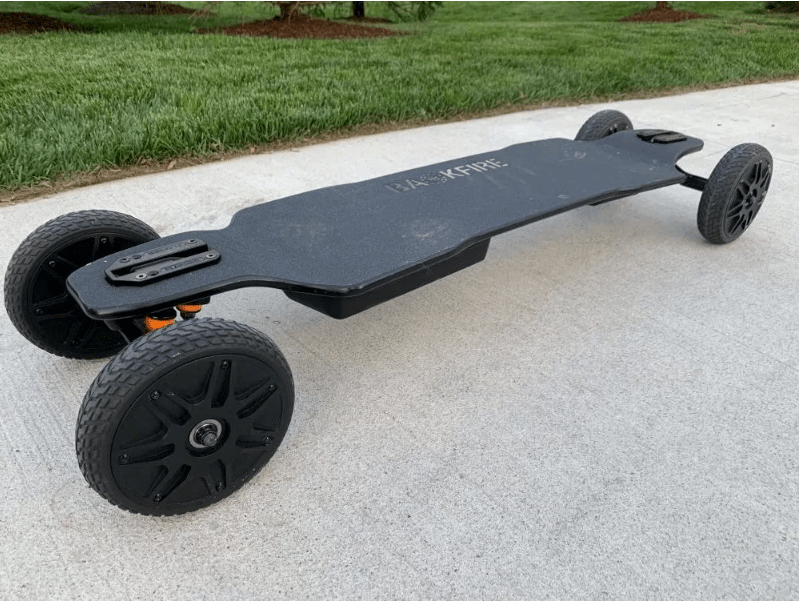 Let’s see what this board is packing:

As usual, this is one of those products that you’ll want to see in action. So check out my video review below!

The Backfire Ranger X1 electric longboard is fairly budget-priced for an all-terrain board (consider the nearly $1,800 Evolve GTX we reviewed), but it certainly does not have budget performance. This board is definitely punching above its weight class. The acceleration is quick, the speed is enough to freak you out on uneven terrain and the responsiveness of the controller inspires confidence. There’s no lag and no signal cutout. The board just works great.

There are cheaper options, like $600 electric short boards, but the quality just isn’t going to match the comfort of the Backfire Ranger X1.

The Backfire’s deck is plenty springy, which means that the airless tires don’t detract from the ride quality. While other all-terrain boards often have air-filled tires, the last thing you want to deal with on a ride is fixing a flat. Who even carries such tiny replacement inner tubes with them? So the airless tires are a big plus from the perspective of convenience. 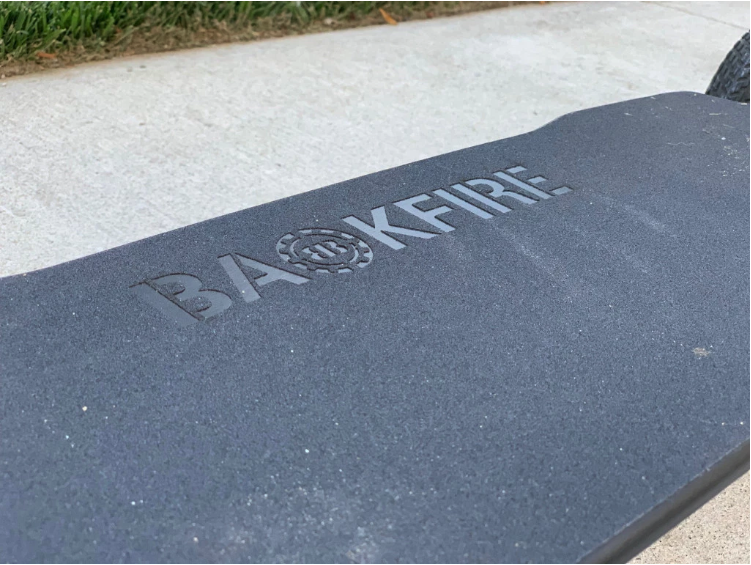 I also really like the hub motors. Sure, they don’t have the insane torque that you can get from a belt driven outrunner motor, but they are basically bulletproof. You don’t have to worry about getting rocks and sticks stuck in a belt, and you never have alignment issues. My Evolve GTX all-terrain board used to have an issue with the belt rubbing on the tire – but that’s never been a problem with the Backfire Ranger X1. And 900 W per wheel (1.8 kW total) is a lot of power for hill climbing and rough terrain.

My favorite part of riding the Backfire Ranger X1 is that it can basically go anywhere and do anything. I can ride on gravel, grass, dirt, and light sand, though I did find that loose sand can cause the board to get bogged down. With two-wheel drive, the rear wheels dig into deep sand and I’d have to hop off to get out of the ruts I was digging. So perhaps this all-terrain board is really an almost-all-terrain board. It’s hard to blame it for not passing the deep sand test though – you really need balloon tires like on a fat bicycle for that.

But to be honest, even though many people will use this board for off-road shenanigans, most people will spend a significant amount of time on the road as well. And I must say that I prefer commuting on an all-terrain board than a standard electric longboard. Don’t get me wrong, there are some great electric longboards out there. The Boosted Stealth is one of my favorites. But those little wheels don’t mix well with sidewalk cracks, cobblestones, or even random bits of gravel. With an all-terrain board, you can fly over any urban surface without breaking a sweat – or a collarbone.

That being said, the Backfire Ranger isn’t perfect. The bushings aren’t as nice as the Evolve GTX and no matter how I adjust the double kingpin trucks, I just can’t seem to get as tight of a turning radius. It’s still ridiculously nimble for a longboard, but I felt like the Evolve could turn on a dime.

The trucks actually came way too tight, as if the assembly line worker simply cranked them as tight as he or she could and packaged up the board. I hopped on and thought I was riding a 2×6 at first. But after I adjusted the tightness of the trucks (as easy as turning a single nut), they fell into the sweet spot. 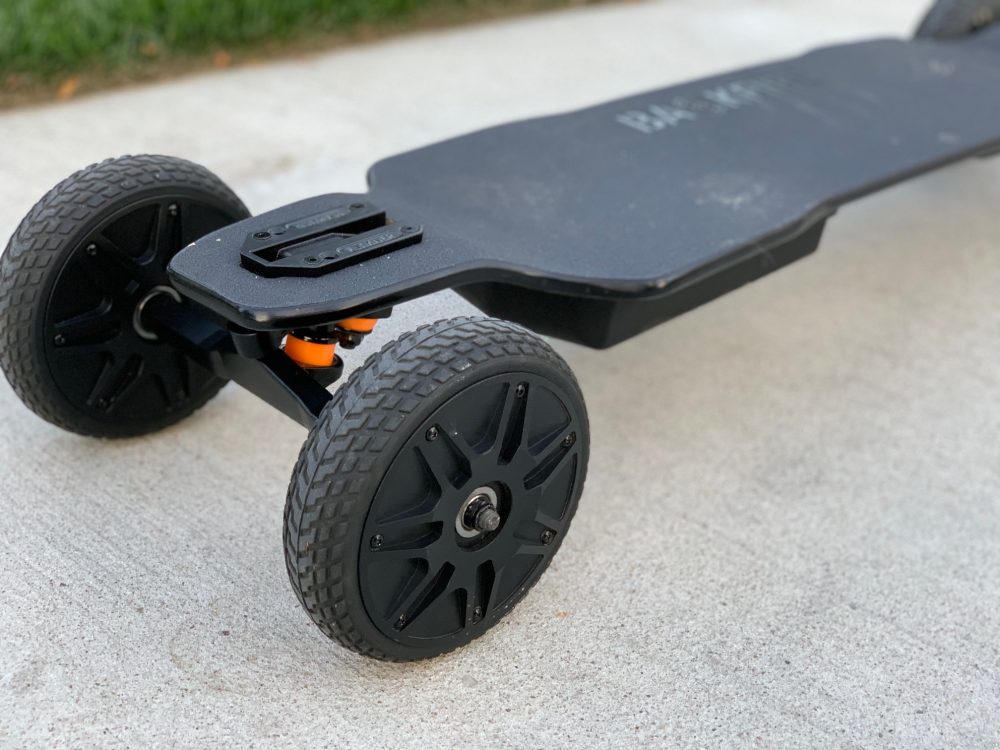 The other odd thing is the reverse feature. It’s great to have a reverse option, especially when maneuvering in the city, but it requires sliding a switch to activate it. Then you push the throttle wheel in the forward direction. That’s just counterintuitive. I got used to it, but it took a bit of practice. I think the Boosted method makes more sense. Call me crazy, but forward to go forward and backward to go backward feels natural.

All in all, I’m quite happy with the Backfire Ranger X1 and I would absolutely recommend it. For much cheaper than the competition you get a board that is 90% as good and can handle all the same terrain as other all-terrain electric longboards. This board is a winner in my book.