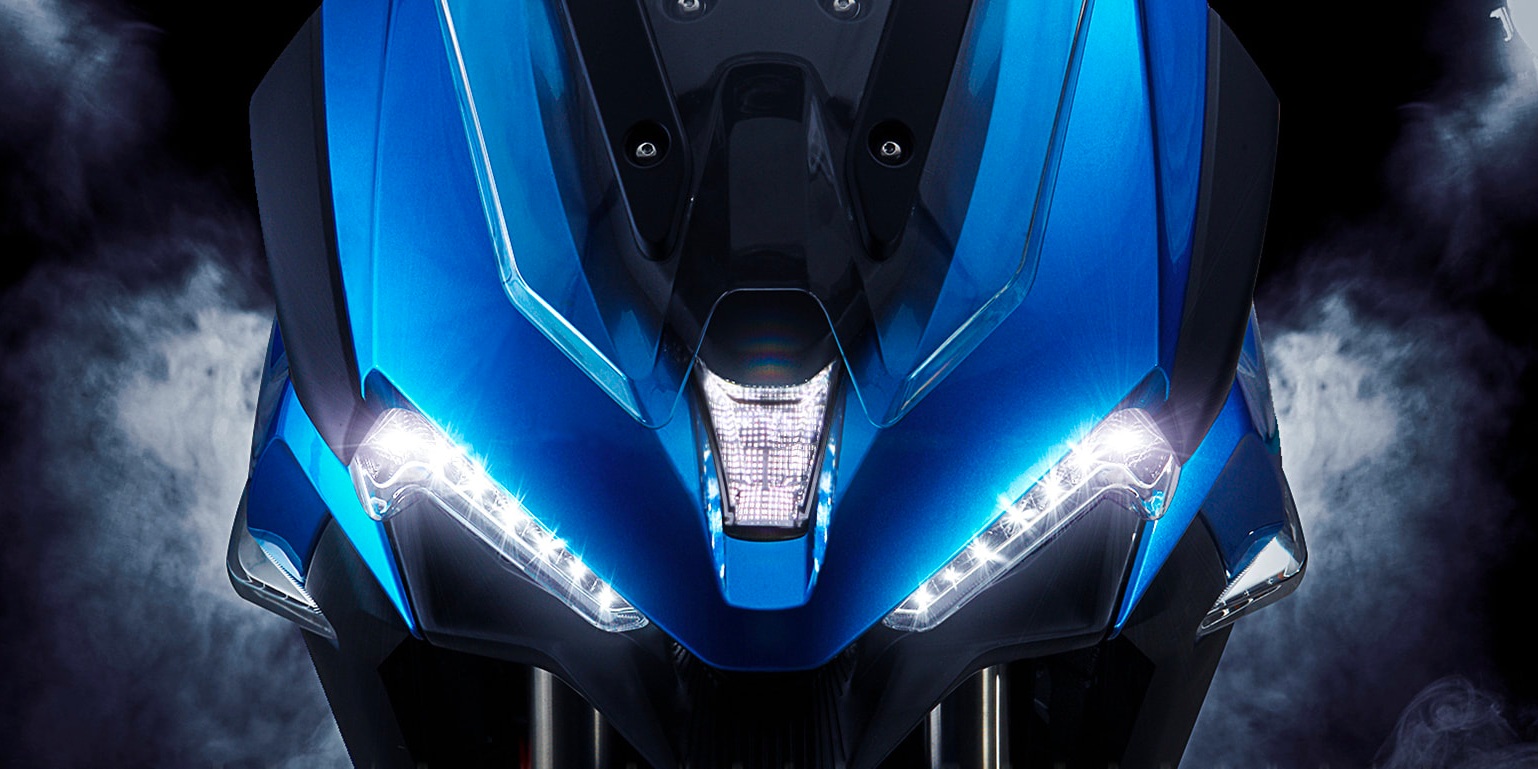 [Update: It’s looking like Druid is at best claiming to be further along than they are, or at worst misleading their work. The article has been updated accordingly. While the information in the article was originally provided by the company, it is now looking like Druid has used doctored photos to indicate progress that is further along (or more existent) than in reality.

Druid representatives have not yet responded to requests for comment on the issues with their claims.]

Druid presented their Sorcerer XEV as their all-electric motorcycle model. According to the company, it sports a 112 kW (150 hp) motor.

Early estimates are that the Sorcerer XEV should be capable of an all-electric range of around 120 miles (193 km).

In addition to the Sorcerer XEV, Druid is also showing off its Sorcerer Hybrid. The hybrid gas/electric model has a claimed combined power of 170 kW (230 hp) between the 2-cylinder gas engine and AC electric motor. It should also sport a 14 kWh battery and has a claimed range of 200 miles (322 km).

However, as RevZilla has pointed out, the company’s hybrid may really be lifted photos of another bike.

According to founder and lead designer Milan Svoboda:

“Druid is our dream of powerful and intelligent motorcycling come true. I came to America years ago with only a vision. Today those ideas take shape and form the beginning of a new reality.”

Druid says it will begin taking pre-orders for its two models soon, and expects the XEV to retail for $7,900, though the company does not have an exact delivery date yet. 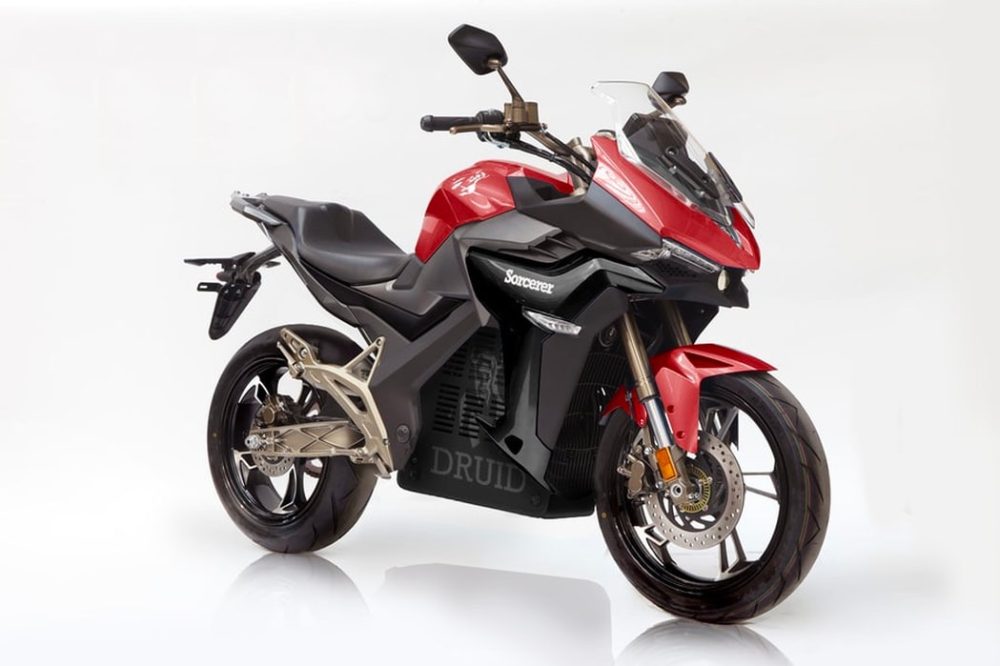 Zero has led the industry for nearly a decade and recently unveiled their new SR/F electric streetfighter. Lightning Motorcycles, not to be outdone, also unveiled a new model this year. The Lightning Strike made waves upon its release as one of the first relatively affordable electric sportbikes, offering 135+ mph performance for just $12,998.

[Update: I’m leaving my original Take here, when I was skeptical yet hopeful that they could deliver what they were claiming. I guess I’m just a starry-eyed e-bike optimist…]

Color me skeptical. I don’t see how Druid can possibly produce an electric motorcycle with those specs for $7,900. No, I’ll go a step further. They can’t possibly do it at that price.

Those are specs that surpass even the flagship Zero SR/F, which costs three times as much.

I’m not saying they can’t build this motorcycle, just not at that price.

The bike itself looks alright, though I feel like Druid could have done a better job integrating the aesthetics of the battery box.

Let’s talk about that hybrid though. Why do we need a hybrid electric motorcycle anyways? I’m sure there will be many people who like the concept for the added range and quick refueling. But if you want a gas bike, just buy a gas bike. If you’re buying an electric motorcycle at this point, it’s because you believe in the technology and because you want an electric bike. You’re willing to forgo the option of long distance touring and 60-second fill ups because you want the silent, powerful thrill of electric riding. So why complicate that and add to the cost by shoe-horning a gas engine in there?

And logistically, I don’t even see how the engine is going to fit. I can see the 14 kWh pack on the XEV model, but the engine on the hybrid seems to take up nearly all of the battery pack’s space. So how is Druid going to magically Tetris that battery back in there on the hybrid? [Update: that’s likely because the pictured bike isn’t intended to house a battery after all, unfortunately…]

I don’t know, folks. I can possibly see potential here, but I’m going to want some more info before I get behind this bike. [Update: Sigh… looks like I was right to be skeptical initially]