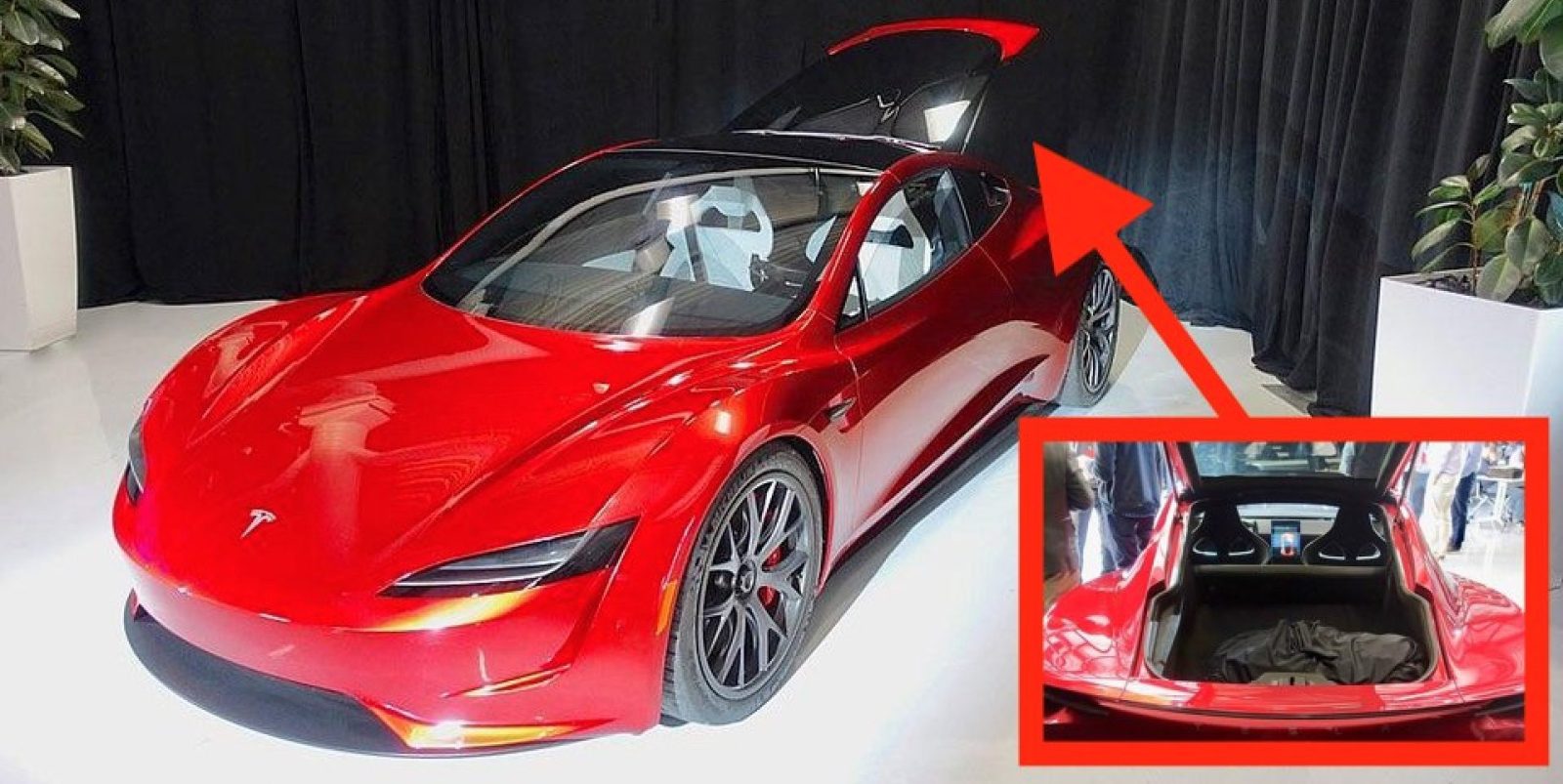 With a rare outing of Tesla’s next-gen Roadster prototype last week, we are getting a first look at the upcoming all-electric hypercar’s trunk space.

Tesla unveiled its next-gen 2020 Roadster back in 2017, but only one working prototype has been shown to date in it only made a few public outings.

Last week, Tesla did bring the Roadster prototype to its Investor Autonomy Day and it resulted in our first look at the new Roadster back seats and door system.

Unlike previous outings, Tesla actually let attendees open the doors and get inside the vehicles, which is a first in broad daylight, and some of them have actually opened the trunk of the new Roadster.

It is resulting in our first good look at the next-gen Roadster’s hatch and rear cargo space (pictures via u/backstreetatnight on Reddit):

The trunk space looks a little bigger than what is standard in the supercar segment.

When Tesla unveiled the Roadster prototype in 2017, CEO Elon Musk claimed a list of insanely impressive specs including 0-60 mph in 1.9 sec, 620-mile of range, and more.

But what was even more surprising to some is that he said it would actually be a four-seater with back seats and it will also have enough cargo space to go on roadtrips.

Based on those pictures, it looks like it could fit two or three suitcases.

It also looks like the back seats fold down to create a little more cargo space in the back.

Though the back seats are apparently only available for the base version of the vehicle because Musk said that Tesla also plans to offer a “SpaceX package”, which will include cold air thrusters powered by a system of air pumps and tanks that would take up the space for the backseat.

It’s unclear what the cargo space will look like with this performance package. It’s also unknown whether or not there’s front cargo space like in Tesla’s other vehicles.

Tesla is trying to bring the next-gen Roadster to market by 2020 and make it the quickest and fastest production car on the market – and it just happens to be all-electric.

Musk describes the goal of the vehicle as destroying the halo effect that gas-powered vehicles maintain by having the top performing models.