Shared electric scooters such as those used by Bird and Lime are winning over more riders every day. But Harley-Davidson wants to show those riders that they can do even better with the brand’s upcoming personal electric vehicles including H-D’s electric scooters and e-bikes.

Personal electric vehicles are taking over

Bird and Lime took the nation by storm last year when they rolled out shared electric scooters.

The electric scooters are dropped around cities on sidewalks where riders can rent them by the minute. Most rides cost just a few dollars and represent a more independent (and greener!) method of urban transportation.

While reactions have been mixed and criticism is widespread, studies show that the majority of Americans support the new form of transportation.

In fact, electric scooter sharing has made the new mini EVs so popular that many riders are simply buying them outright. With popular electric scooters starting in the $300 range, private ownership is becoming a lot more common. And that’s where Harley-Davidson thinks it can attract a whole new generation of customers. Even if their offerings are likely to cost a bit more. 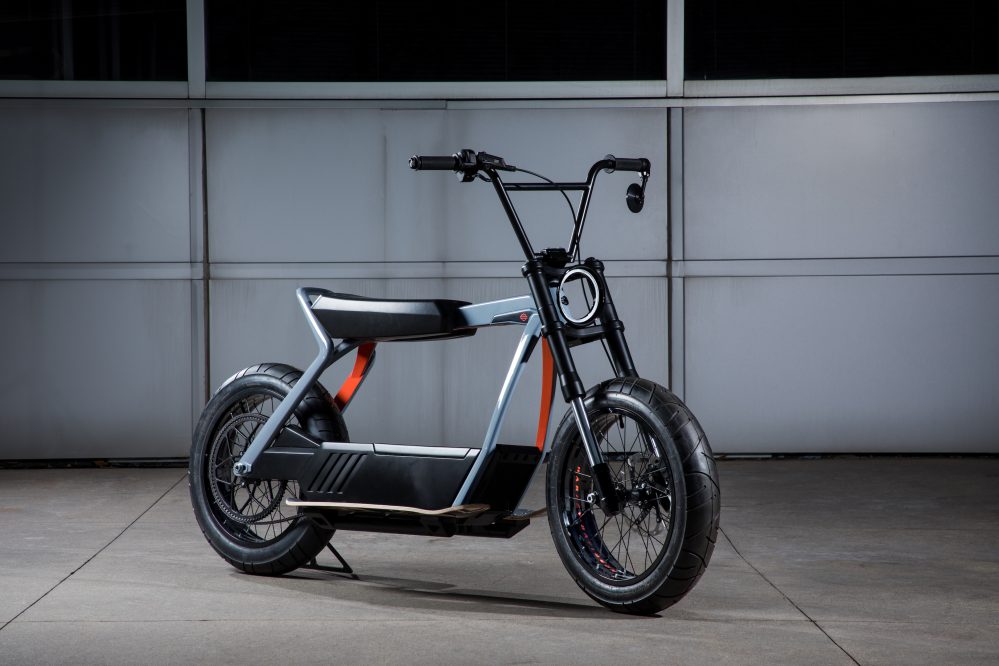 According to Harley-Davidson Vice President of Product Portfolio in an interview with CNN:

“It’s a huge opportunity. For people who are using Bird and Lime today, how do we give them a much better experience with a Harley-Davidson brand and lifestyle?”

And the answer likely rests in Harley-Davidsons newest and most ambitious concept vehicles yet – light electric motorbikes and scooters. 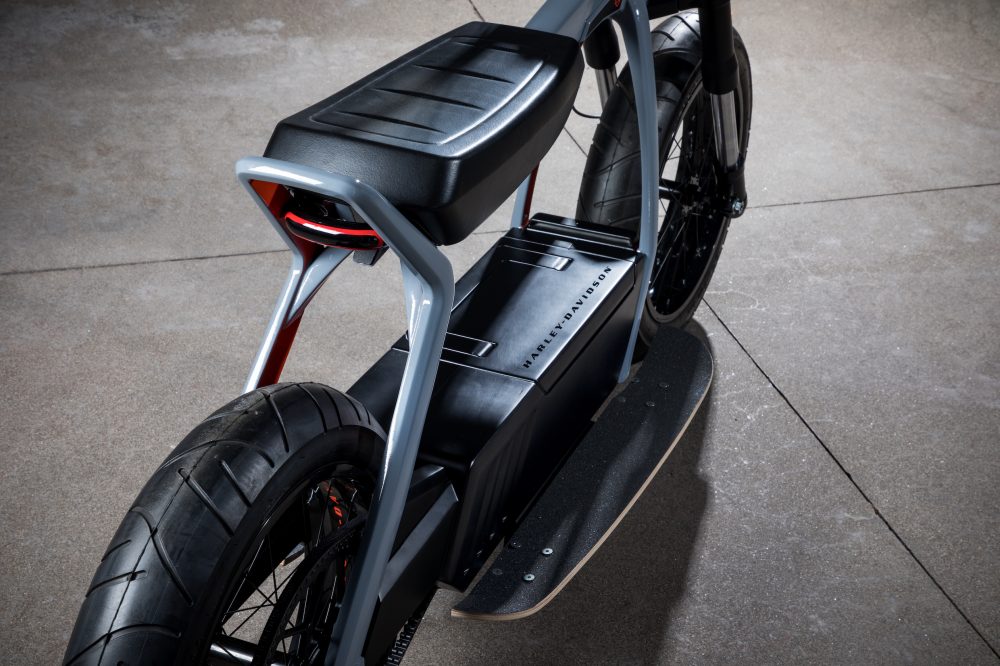 But in addition to the upcoming LiveWire, Harley-Davidson has announced four other lighter electric motorbikes concepts that it will roll out by 2022.

And before you say, “oh sure, but when are we actually going to see some bikes in the flesh?”, Harley-Davidson has already shown off two of the concepts. Earlier this year they debuted a light electric dirt bike similar to the minimalist CAKE Kalk as well as an electric scooter. They showed both off in January at the 2019 X-Games in Aspen where a couple lucky test riders put the light EVs through their paces.

Along with those two bikes, Harley-Davidson also has an electric bicycle and a light electric motorcycle in the works as well. Those two are yet to be seen in anything other than design renderings. 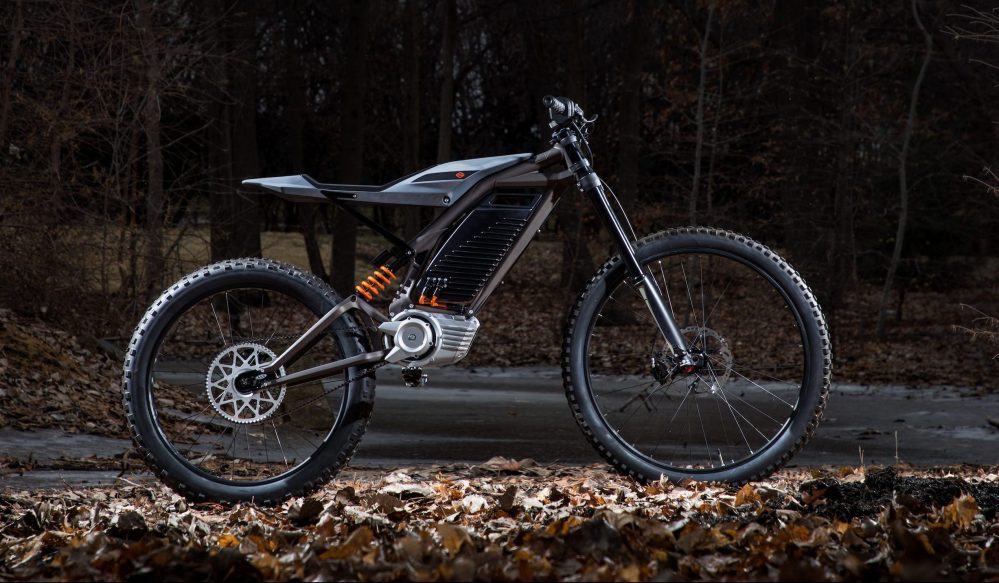 But with serious progress already being made, Harley-Davidson appears committed to drawing in a new crowd of younger riders. These riders are already proving to be very positive towards lightweight personal electric vehicles like electric scooters. Now Harley-Davidson wants to hook them with flashy new designs and high performance electric two-wheelers.

This isn’t the first time Harley-Davidson has revealed their interest in a younger generation of riders. To its credit, the company has been open about its goal of expanding ridership to younger and more urban riders.

The average age of Harley-Davidson’s current crop of customers isn’t getting any younger. While still not abandoning their core ICE-bikes, the all-American company has firmly placed its bets on electric as a way to turn around years of slumping sales figures. 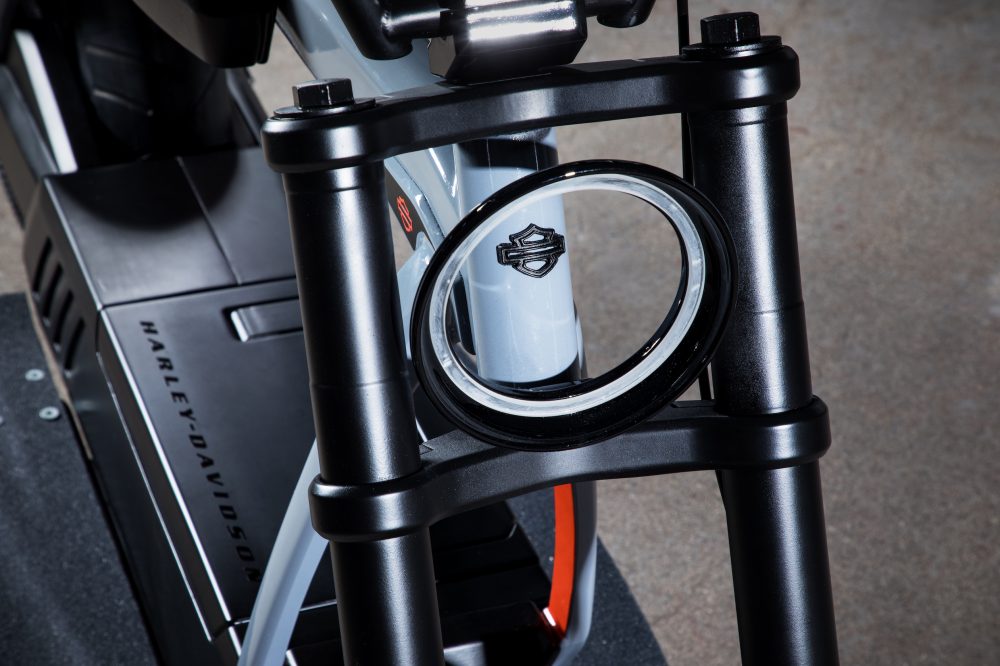 But will a younger generation connect with Harley-Davidson’s lighter weight electric bikes and scooters, which are designed to be easier to ride and not require a driver’s license? That remains to be seen.

We’d love to hear your thoughts on it. Let us know in the comments below.