Electric scooter sharing programs, created by companies to provide a fast and convenient form of personal electric transportation in urban areas, have not been without controversy. Starting earlier this year, the scooter sharing programs began appearing in cities across the US seemingly overnight, dumping their dockless electric scooters on sidewalks and street corners for riders to scan with a smartphone app and ride around the city. The companies often caught cities off-guard in what many perceived as a deliberate attempt to dictate the terms of their own regulations similar to the way ride shares like Uber rolled out their own services.

While detractors have cried foul over what they sometimes consider to be dangerous vehicles zipping around pedestrians, a new study has found that Americans by and large support the electric scooter rental programs, providing more evidence to show that this is anything but a temporary fad.

A new study just released today by Qualtrics provides insight into how Americans feel about the electric scooter share programs taking over dozens of US cities from Boston to LA.

Qualtrics surveyed over 500 adults across the US.

Are the electric scooter share programs just a fad?

Overall, Americans more often than not felt that scooter share programs were here to stay, with 55% believing that they were a lasting innovation. That amount was even higher among those who had used the electric scooters at 72%.

The major scooter share companies are banking on this sentiment quite literally, with the largest companies courting hundreds of millions of dollars from venture capitalists and expanding rapidly in an attempt to scoop up as much market share as possible. 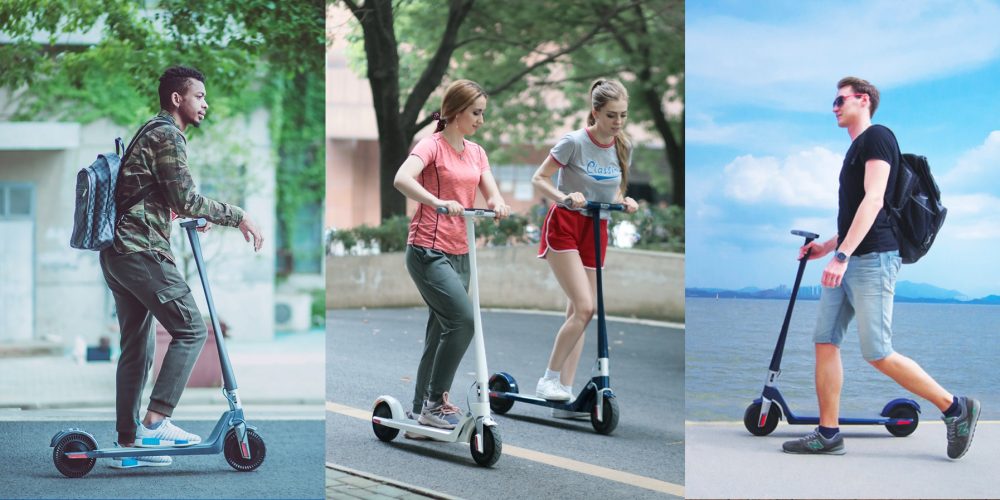 One of the biggest advantages of electric scooters and the angle that many companies aggressively pursue to court new riders is the claim that electric scooter shares can help commuters save money when compared to costlier alternatives such as taxis. However, results of the study found that only 50% of people who plan on using the electric scooter sharing programs believe they will save money, and 19% even indicated that they think they will spend more money on the scooters, but are still interested in using them.

Rides with all of the major scooter shares start at $1 to unlock a scooter and 15 cents per minute afterwards. Thus, most trips end up costing around $2-3, which is often similar to the cost of public transportation, but can add up over time for those who use the scooters as a primary form of transportation. In fact, after being introduced to the new form of transportation, many people have simply purchased their own electric scooters, which often cost between $300 to $500.

Among those who have taken rides with the electric scooter sharing programs, the verdict has been overwhelmingly positive.

According to the study:

Interestingly, the top reason that most respondents used electric scooters was for joy riding as opposed to running errands or commuting. 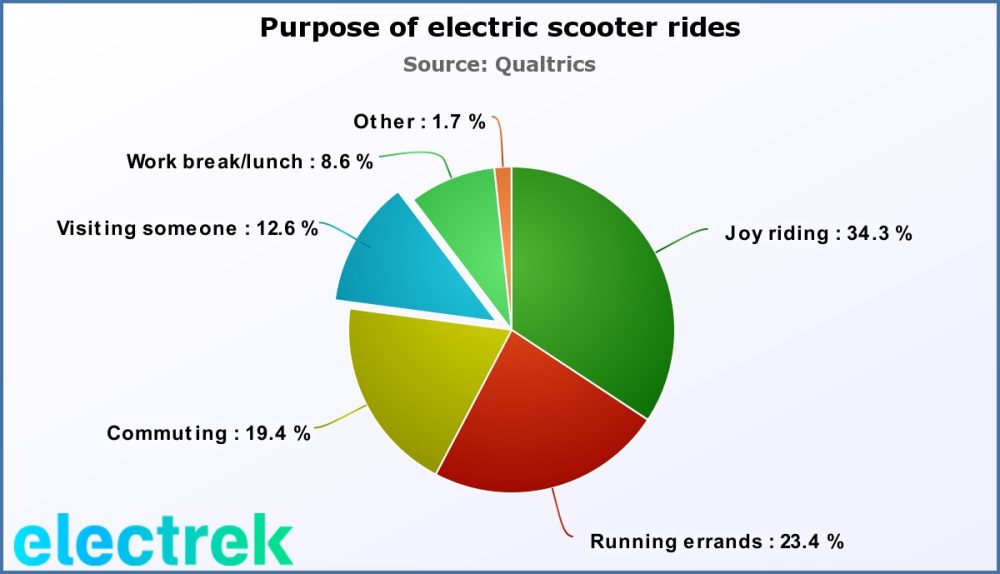 Perhaps most importantly, among those who had ridden electric scooters previously, 87% indicated that they plan to continue using the scooters. The 13% that did not plan to ride the scooters again reportedly found the scooters either unsafe or inconvenient.

One of the biggest issues facing electric scooter share programs has been the misuse of scooters when riders operate the scooters on sidewalks, which is almost universally prohibited in the US. The study found that the outcry by pedestrians and city officials alike has been quite justified, with the majority of all riders indicating that they ride on the sidewalk just as much as they do on the street. Additionally, 18% of riders said they only ride on the sidewalk, while 29% reported only riding on the street.

This has proven to be a significant stumbling block for the major companies who have so far paid mostly lip service to the issue of illegal sidewalk riding, often simply including a note in the rider’s app indicating that such behavior is not permitted but doing nothing to help enforce the law. 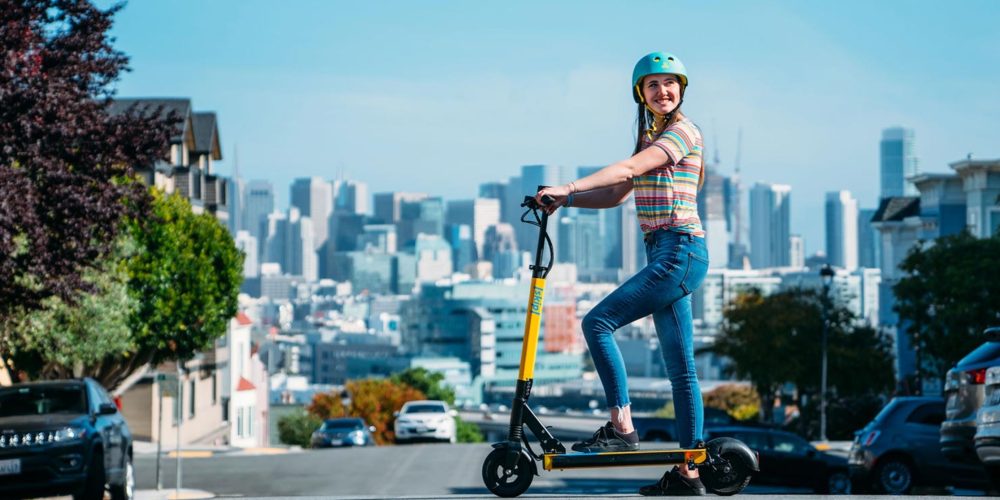 Another major marketing angle of electric scooter shares has been their environmental impact. They are often pitched as a fun and convenient way to reduce one’s carbon footprint. Additionally, electric scooters are seen as an affordable way for many people to experience their first electric vehicle, especially considering the prices of electric cars often put them out of reach for many young professionals.

The study showed that 66% of adults felt that the scooters would have a positive impact on the environment, with 75% agreeing that air pollution could be positively impacted by more electric scooter use as an alternative to other forms of transportation.

Two thirds of all respondents also felt that the electric scooters could have an overall positive effect on their cities. 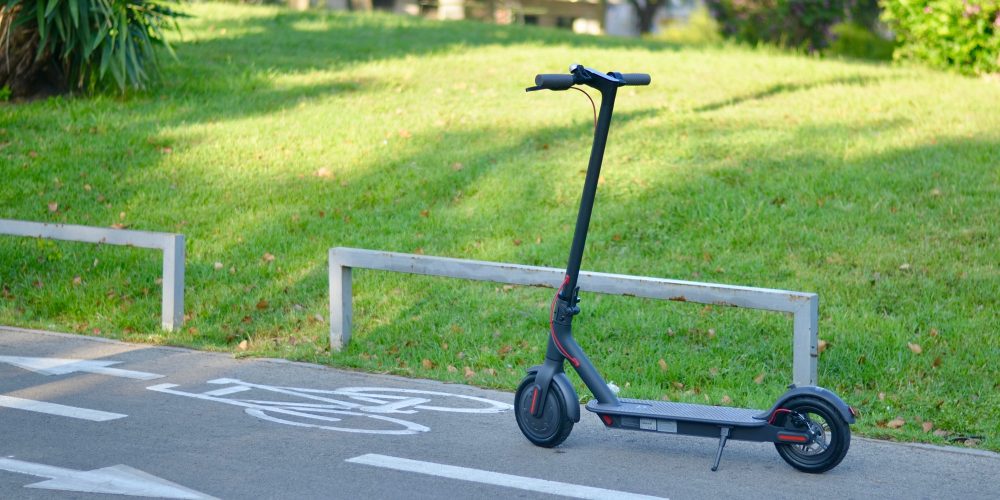 While some initial detractors of electric scooter share programs worried about potential clutter and traffic caused by the scooters, most Americans seem unconcerned.

Only 24% of those surveyed were worried about congestion issues and 17% felt that traffic might even be improved with more people using electric scooters.

However, most people felt the scooters would have little to no impact on overall city traffic and congestion levels.

The results of the study appear to be overwhelmingly positive regarding the future outlook of electric scooter sharing programs. With the scooters now in dozens of cities and expanding further every week, momentum is on their side. Now it appears that they also have public opinion in their corner as well.

What about you? What are your thoughts on the electric scooter sharing programs? Let us know in the comments below.