Review: I pushed the $299 GOTRAX GXL electric scooter harder than I should 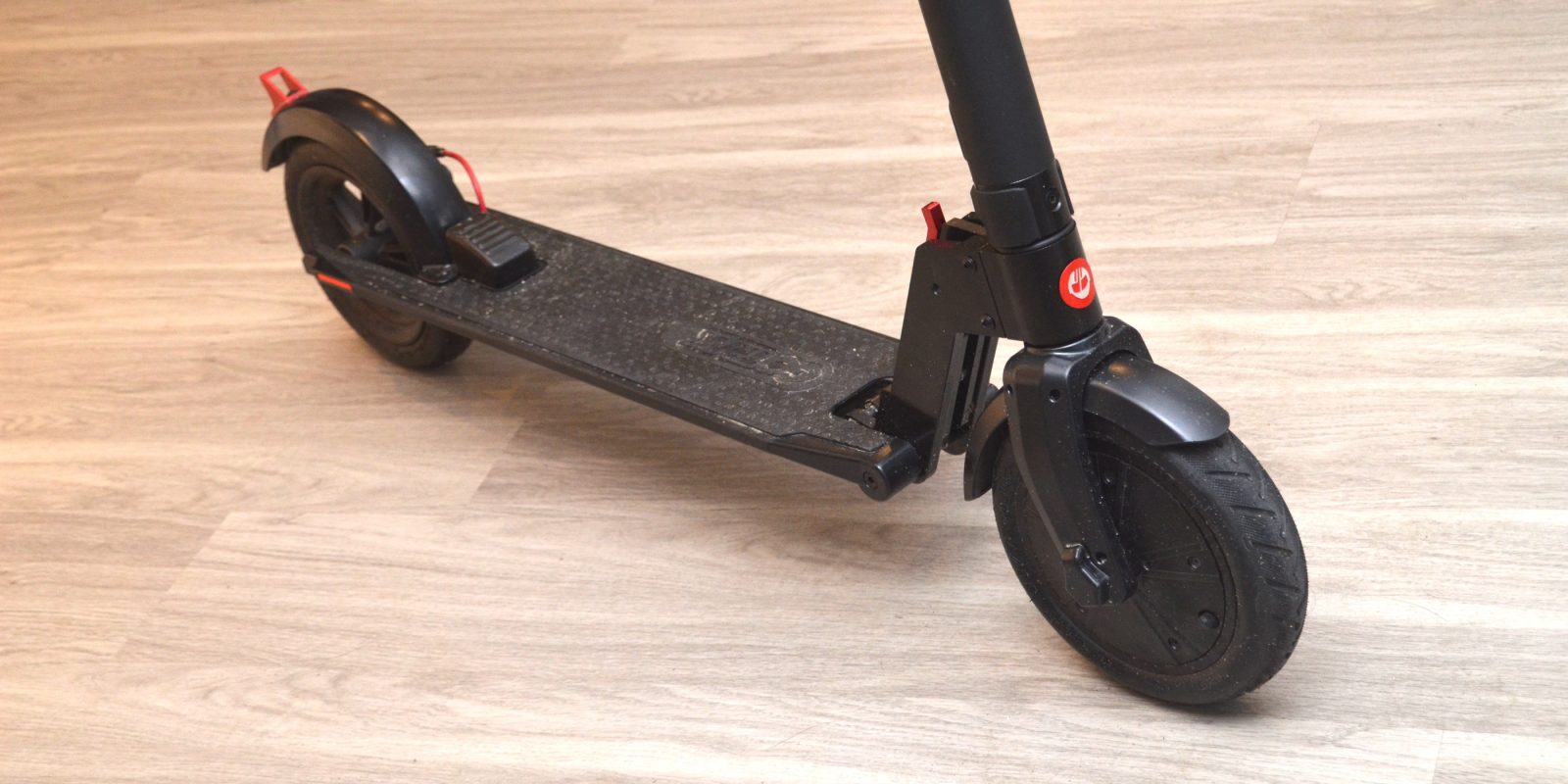 Electric scooters are becoming a popular commuting solution, especially after scooter-sharing companies have made them nearly ubiquitous. With prices as low as $299 for popular electric scooters like the GOTRAX GXL, a common question has become “how durable are they?”

So when it came time for this review, I decided to put the GXL to a harder than normal test. I wanted to see what it could handle. And the results actually surprised me.

But before we get into the nitty gritty, let’s check out the tech specs on the GXL.

Anyone can test an electric scooter on the smooth and sunny bike lanes of southern California. That isn’t going to tell you very much.

Instead, I took my GXL out in the cold, harsh world of Boston’s winter streets. If it can survive roads that have more craters than the Apollo 11 landing site, it should work pretty much anywhere. 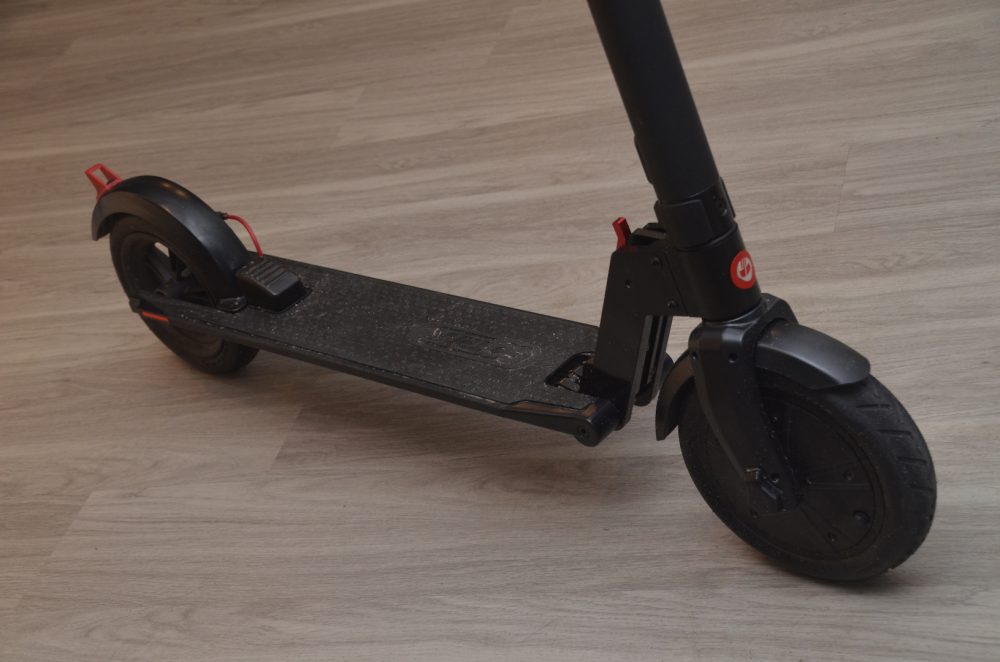 A very light snow was falling when I began my test. The temperature was 36ºF (2ºC). Not brutal, but pretty darn cold for this transplant.

I wasn’t going to baby this scooter so I ran my testing in the highest gear. Well, the second gear. There are only two. But this wasn’t a time for ECO mode. So Mode 2 it was, and I was off.

Soon the snow turned to rain but that didn’t stop me. I was flying around at 16.5 mph (26.5 km/h). Somehow I was getting even more speed than the scooter was rated for. That certainly wasn’t going to help me achieve the claimed 12 mi (19 km) of range, but hey – no complaints here. 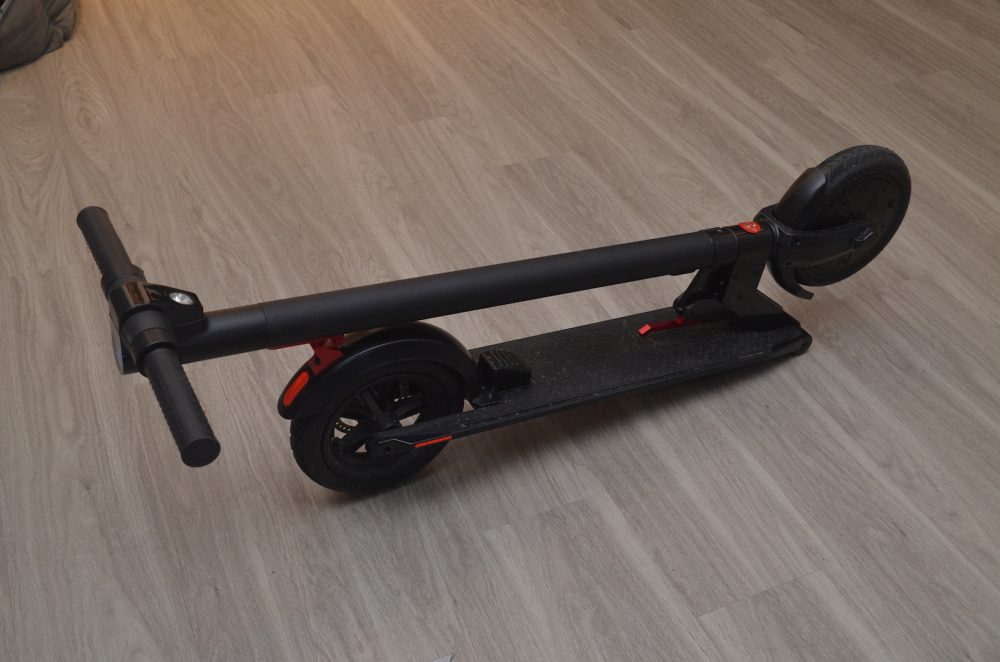 Sorry for the lack of action shots, I wasn’t taking my Nikon out in that weather…

As my ride transitioned from road to sidewalk to bike lane and back to road, I felt the ride quality change with each surface. The scooter lacks suspension and thus hitting pot holes at speed isn’t the most comfortable exercise. However, the air-filled tires helped absorb the brunt of the shock.

Once I got to sidewalks and bike lanes I found that the ride quality improved and became much more comfortable. To be fair, the ride was just fine on the road as long as the surface quality held up. But this was a torture test after all and I wasn’t taking this scooter on the easy roads.

I definitely appreciated the pneumatic tires – so many companies are going with airless tires these days. While that does prevent flat tires and the headache of changing tubes, it means that the scooter better have some other form of suspension. If not, air-filled tires are nearly a necessity for anyone planning road-riding in an area with less than perfect streets. 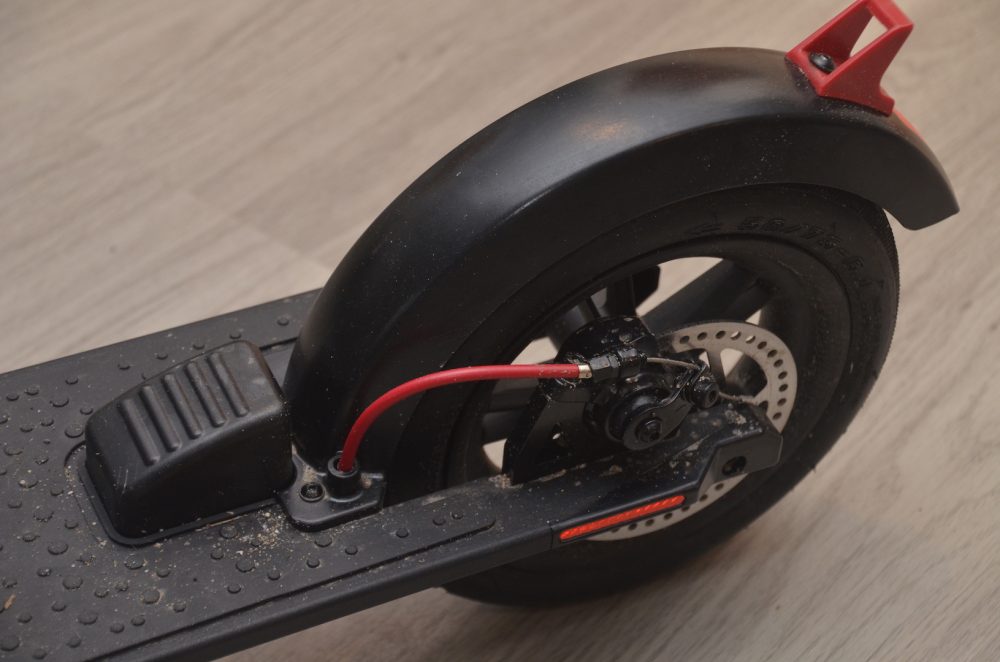 But enough about suspension. The ride wasn’t amazing but it was perfectly fine – nothing for me to complain about. The next test was braking. The scooter has a combination of disc brake in the rear and regenerative braking in the front. Both were surprisingly effective. The regenerative braking doesn’t slow you as quickly as a mechanical brake, but it’s just fine for normal braking.

For harder braking, the rear disc brake is activated with an odd foot pedal-like thing in the rear. It took some getting used to, but it worked well once I got the hang of it. It’s not as intuitive as a hand brake, but GOTRAX actually just released a new version of this scooter with a handbrake. It costs a bit more, but if you like the bicycle-style brake lever then you might prefer that model.

The speed of the scooter started out great but slowly dropped as I continued to ride. That’s to be expected and is common in just about every scooter. While I started out at 16.5 mph (26.5 km/h), I was down to around 12-13 mph (19-21 km/h) by the time the battery showed just one bar.

Soon I was coming to the end of my ride and the speed dropped even further. Over the course of about 60 seconds the speed dropped down to around 7 mph and I called it. I pulled out my phone to check and found that I had traveled 12.7 km (8 mi). I was about a half mile (0.8 km) from home so I figured I’d just see what happened if I begged the scooter for more. 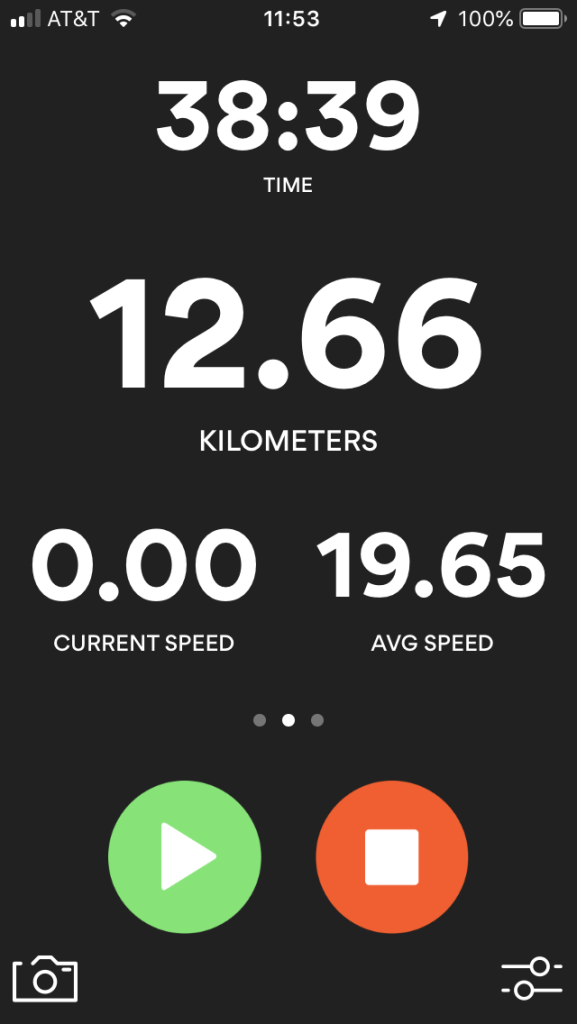 As it turned out, the GXL obliged. It wasn’t much, but it scooted me along at around 5 mph (8 km/h). I even felt a bit guilty about turning off the GPS already.

It was slow going and getting pretty boring, so I decided to help it out by kicking for a bit. By the time I made it home the scooter was managing about 2-3 mph (5 km/h) under its own power – at which point I couldn’t really balance anymore and kicking became a necessity.

So while the scooter may give its 12 miles (19 km) of range in Mode 1 on smooth streets and warm weather, I found that in the absolute worst conditions it will still give a bit over 8 miles (13 km) of range. And just for fun, I decided to put my Li-ion battery building skills to the test and make a custom auxiliary battery pack to double its range. Though for most people, even 8 mi (13 km) of range is enough for daily city trips.

I was actually surprised by how well the GOTRAX GXL electric scooter handled the abuse I put it through.

It bounced off curbs and potholes, flew through puddles and skated over brief patches of slush, snow and ice.

Is it the best or most fun electric scooter I’ve ever ridden? Probably not.

Is this scooter going to hold up to years of this kind of use/abuse? Who knows. When possible I try to do long term reviews like this recent 500 mile (800 km) follow up of another electric scooter. So perhaps I’ll be back in a few months to see how this scooter is holding up. Until then, it’s hard to say anything bad about a $299 electric scooter that does exactly what you ask of it – no more, no less.

What do you think of the GOTRAX GXL electric scooter? Let us know in the comments below.