As the launch of the production version of the Porsche Taycan approaches, we are now seeing an increasing number of prototype sightings.

Porsche was spotted winter testing the Taycan prototypes and it resulted in a first good look at the electric vehicle’s performance brakes.

We reported just yesterday on a first look at the Porsche Taycan’s frunk and automatic charge port from the sighting of a prototype in Italy.

Now, it looks like Porsche also has a few Taycan prototypes up north for winter testing as several prototypes have been spotted in Norway over the past few days.

Members of the Taycan Forum shared a few interesting images of the prototypes, which are still heavily camouflaged:

It looks like they might lost control of one of the prototypes during testing and damaged its rear bumper: 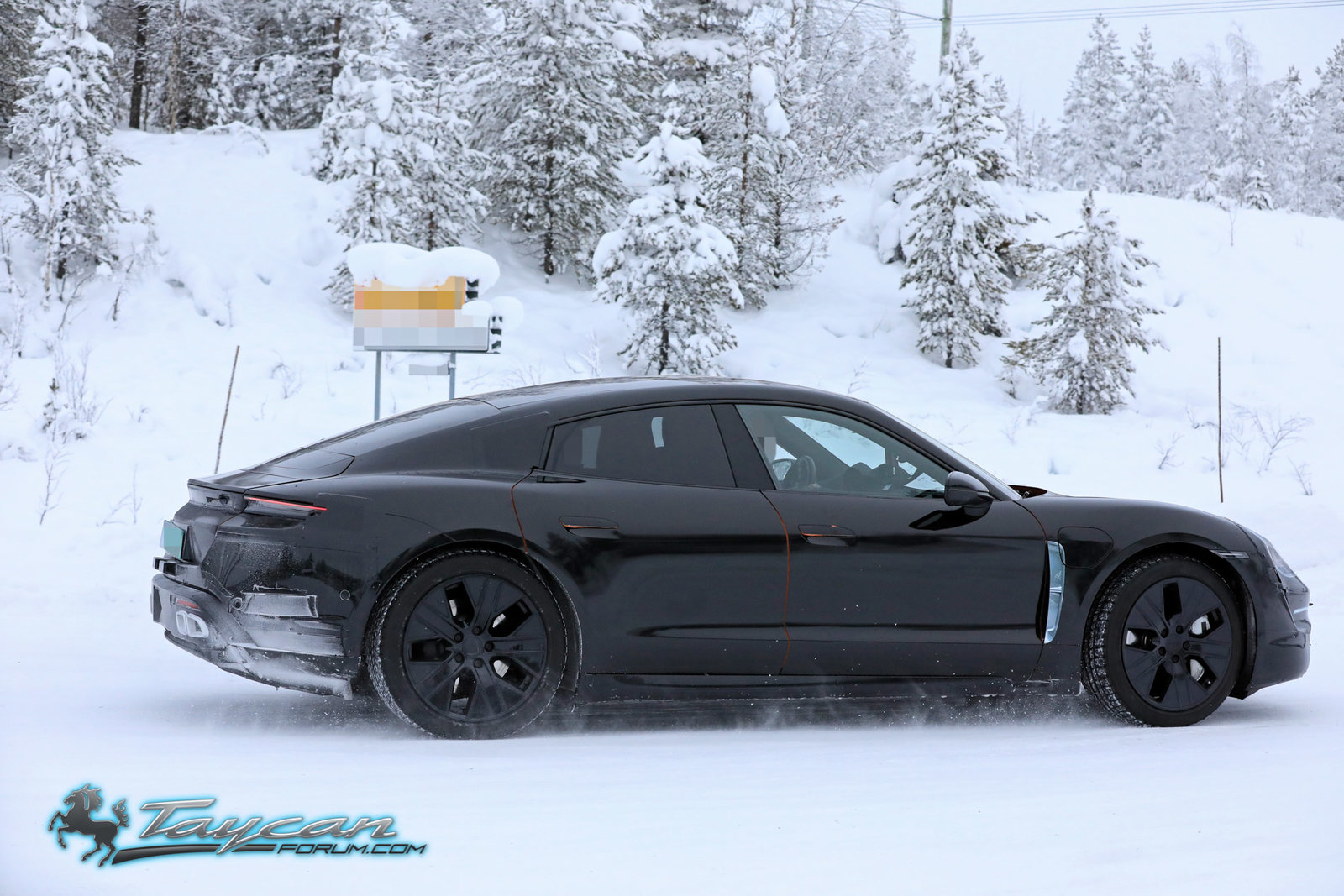 I’d argue that it’s a good sign. They are really pushing the vehicle during testing and discovering their limits

The prototypes were equipped with wheel covers, but they managed to capture an image of one of the wheels without it and it revealed a very large performance brake: 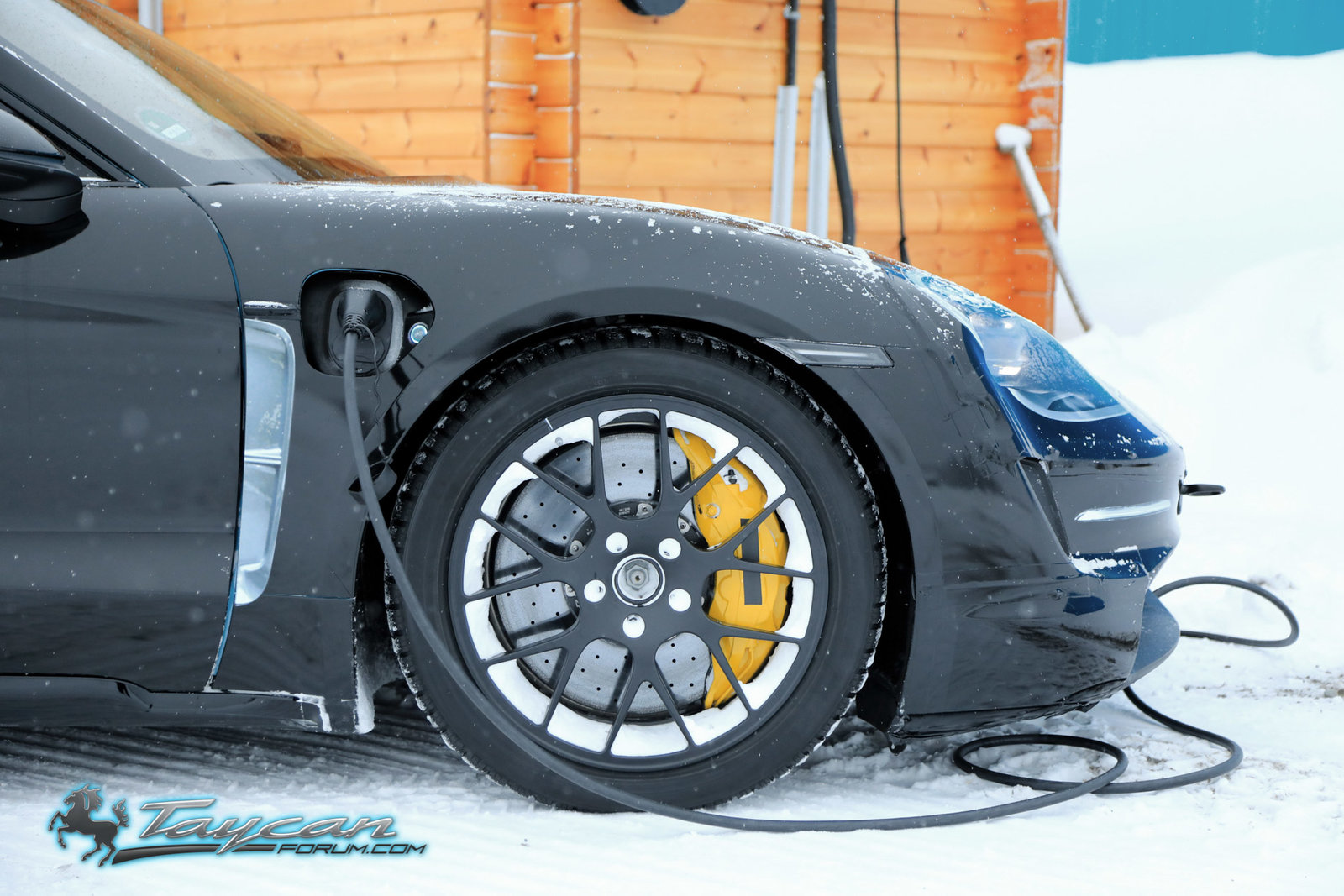 Porsche has been promising the owners will be able to take the Taycan on the race track and those performance brakes look ready for it.

While charging, the engineers left the trunk opened – giving us a rare look at the size of the trunk access:

Of course, I would not take this as final as it’s still a prototype and things could change by the time the vehicle hits production.

Same goes for the door handles that the Taycan Forum member was able to photograph: 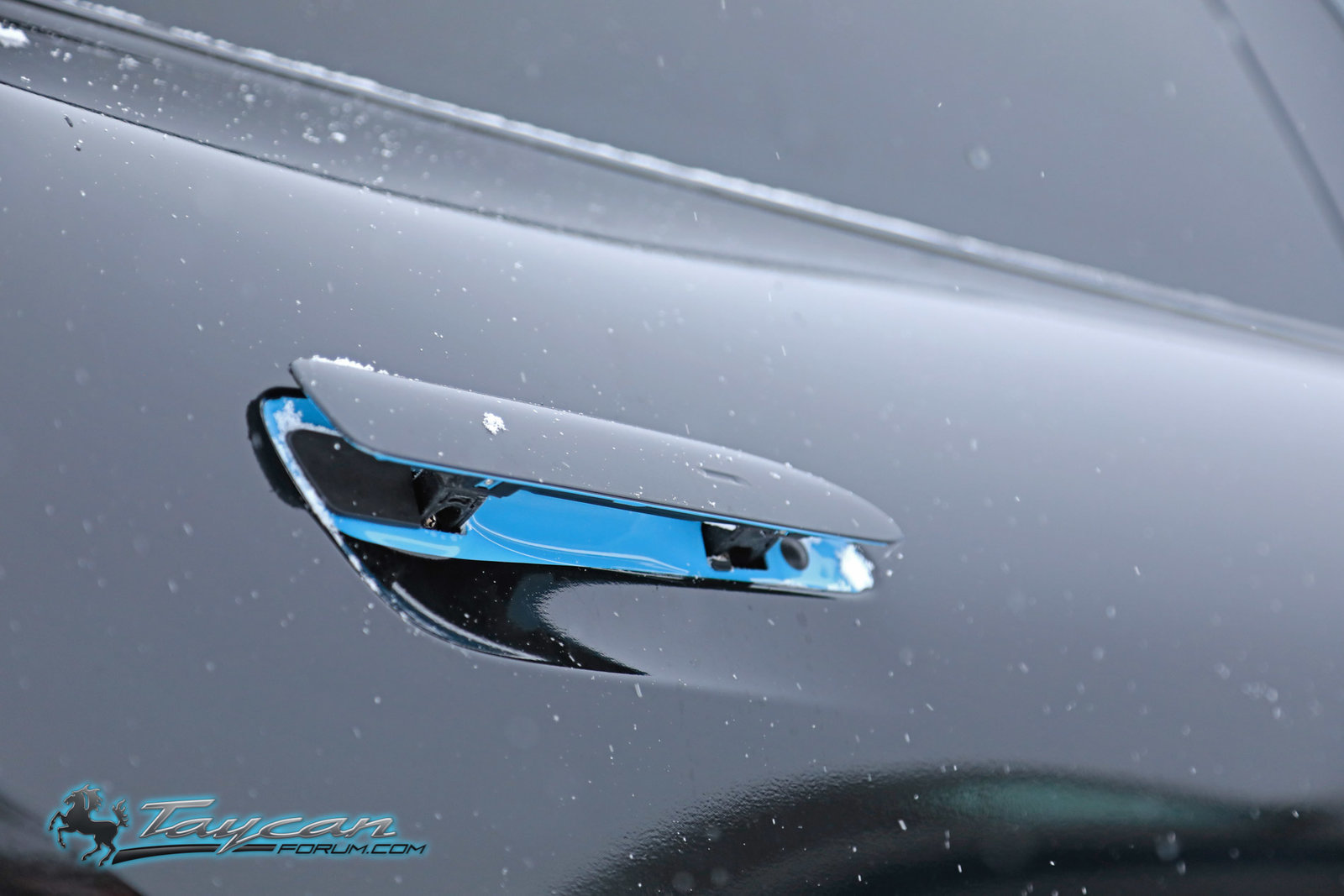 Previous reports stated that Porsche is aiming to have a starting price of around $85,000 and it should be available around the end of the year.