We get a rare look at Porsche Taycan’s trunk and automatic charge port spotted on a camouflaged prototype at a charging station in Italy.

Porsche is currently working to bring to market its first all-electric vehicle, the Taycan.

It’s based on the Mission E concept unveiled over 3 years ago and we have yet to see a production version of the vehicle despite production being only a few months.

Over the last 2 years, we have been seeing heavily camouflaged prototypes with fake body panels to hide the real design of the Taycan.

Yet, we have been able to see a few features via some sightings of prototypes in the wild.

Now, a new sighting of a Porsche Taycan prototype at a charging station in Italy shows the vehicle’s frunk and its automatic charge port:

All versions should be equipped with Porsche’s new 800-volt powertrain system able to charge at up to 350 kW.

Previous reports stated that Porsche is aiming to have a starting price of around $85,000 and it should be available around the end of the year.

I think we need to temper our expectations when it comes to the production version.

The Mission E concept was just so great and we can’t expect the production version to be as impressive.

We already know that Porsche killed the suicide doors and now we see the new charge port. While I think it looks cool, it’s certainly not as cool as the one on the concept vehicle: 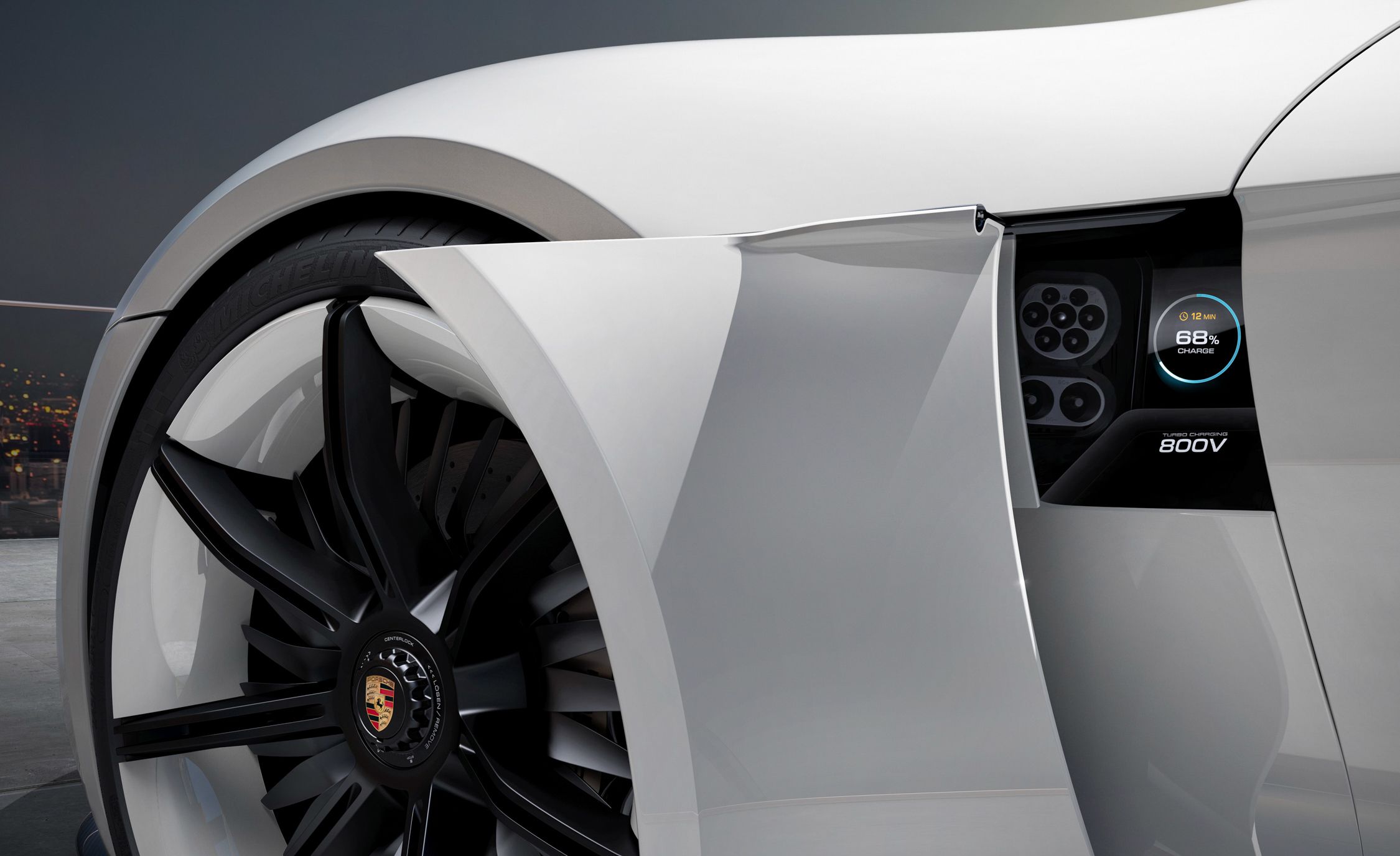 That said, moving a whole fender to reveal the charge port is likely not very practical — though it is aesthetically pleasing.

As for the frunk, it looks about the size that I expected for this type of vehicle.

I am still very excited about the Taycan and it looks like Porsche is too since the automaker apparently plans to produce 40,000 units per year, which is a big vehicle program for Porsche.