The first European production Tesla Model 3 stopped at a 175 kW CCS charging station and recorded a new charge rate record for the electric vehicle: 126 kW – 5 kW higher than on than on Tesla’s own Superchargers.

As we previously reported, Tesla has always used its own proprietary charging connector in its vehicles to work with Supercharger network in North America.

In Europe, the company was using the Type 2 connector, but Tesla confirmed Model 3 is getting a CCS plug instead.

Now the first production Model 3 with CCS plugs are hitting the road and we are getting some interesting data.

The Netherlands-based charging network operator FastNed spotted one of those first European Model 3 at one of its 175 kW CCS charging stations and recorded its charging cycle. 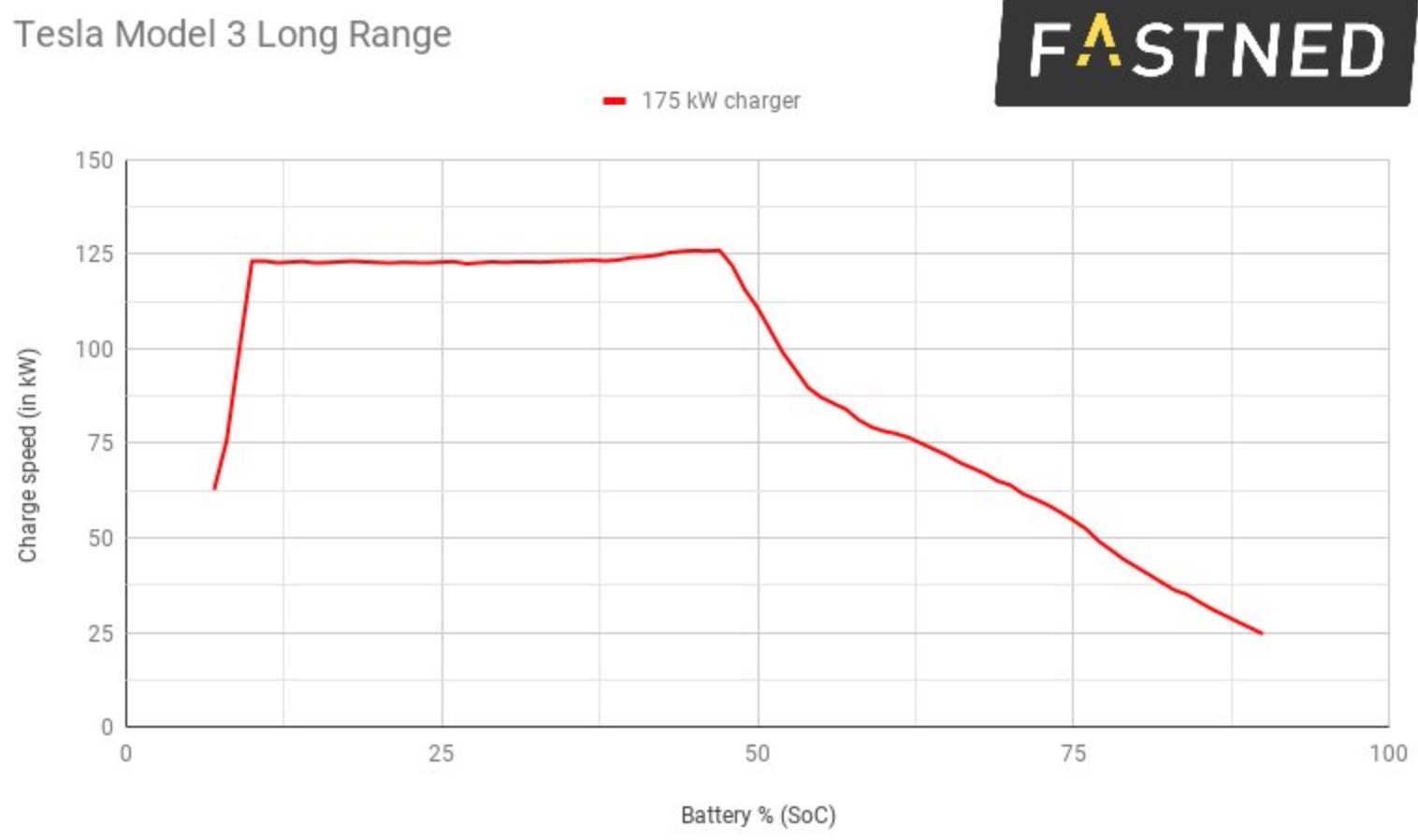 As you can see, the Model 3 appears to reach a 126 kW charge rate, which is the new highest charge rate we have seen on a Tesla vehicle and about 6 kW higher than on Tesla’s own Superchargers.

Interestingly, Tesla recently noted that Model 3 owners, and Model S and Model X owners with a CC adapter, are going to be able to charge at up to 120 kW and that the limitation is “by the car and not the adapter” or the CCS connector.

Very interesting. We always knew that Model 3 was capable of a higher charge rate, but it was limited at the Supercharger station.

It sounded like Tesla was also going to limit it with the CCS plug, but it now looks like they have allowed a little bump in capacity.

Looking at the chart, it’s disappointing to see the charge rate drop so radically starting at less than 50% state-of-charge.

Hopefully, there’s an update linked to the release of Supercharger V3 that should help on that front.

Regardless, it’s definitely slowly going in the right direction.