Oregon-based Arcimoto’s three-wheeled electric vehicle has been in the works for nearly a decade. After beginning small scale production of the first few units, Arcimoto is now opening up retail sales for their Evergreen Fun Utility Vehicle (FUV).

The Arcimoto FUV is a semi-enclosed motorcycle-class vehicle. It adopts a tadpole trike configuration with two wheels in the front. Tadpole trikes are more stable than conventional two rear-wheeled tricycles. Thus, this design is much more common in three–wheeled EVs.

Arcimoto announced today that it is now accepting customer reservations for its new flagship electric vehicle, the FUV Evergreen Edition.

The Evergreen will be the first FUVs available for retail purchase, with first customer deliveries scheduled for spring. 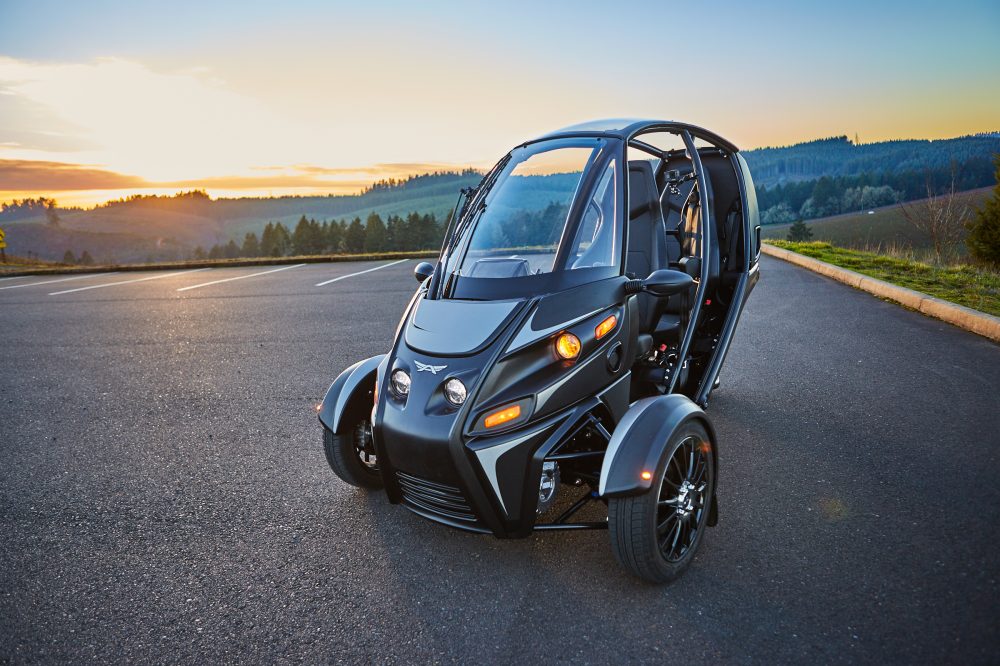 “Starting today, Arcimoto will reach out to its earliest pre-order customers in Oregon, California, and Washington to confirm their Arcimoto reservations. Customers who decide to reserve an Evergreen Edition will then choose colors and make a non-refundable reservation payment of $5,000 to secure their place in the production queue.

Arcimoto expects to deliver the first 100 Evergreens by end of June 2019. As Arcimoto expands its service and delivery networks, it expects to begin delivery to other states, with the goal to deliver all current US-based pre-orders by the end of Q2, 2020.” 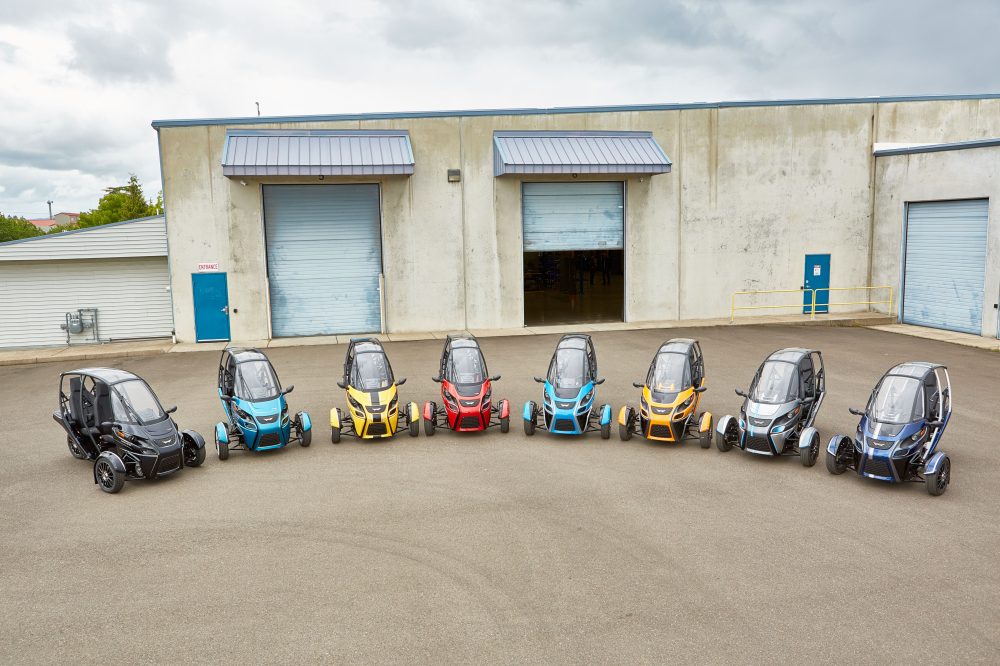 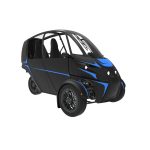 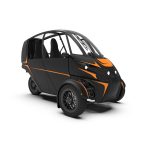 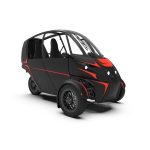 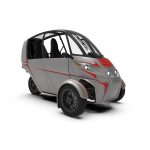 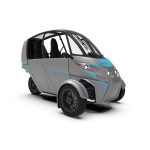 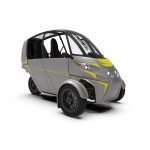 The Pilot Series of FUVs marked the transition to semi-automated manufacture of all custom frame and chassis components completely in-house at the Arcimoto Manufacturing Plant in Oregon. These vehicles represented the final production series of the FUV before Retail Series production, which is now beginning for the Evergreen Edition FUV.

The price of the FUV has dropped significantly as production increased. Back in 2016, early FUVs (then known by their previous moniker, the SRK) were priced at a whopping $41,000. The first retail Evergreen Edition FUVs are available for a lower price of $19,900 before tax incentives and other rebates. But the price is expected to continue to drop as larger scale production continues.

According to Arcimoto’s Founder and President Mark Frohnmayer:

“In 2007, we set out to build the world’s most affordable and efficient everyday electric vehicle that also happened to be insanely fun to drive. The FUV Evergreen Edition is the realization of that vision. With the FUV, you save money on gas, time on parking, and your daily commute is transformed into a pure electric joyride. Finally, a practical, American-made solution to the two greatest challenges facing the world today: global warming and getting groceries.

As we scale operations and drive down costs, we intend to introduce even more affordable variations until we hit our target base price of $11,900. The Evergreen epitomizes our commitment to an American-made everyday electric vehicle that is affordable for everyone. It is the FUV by which all other FUVs will be measured.”

The Electrek team had the opportunity to test drive an earlier FUV prototype in 2017. See the video below for editor-in-chief Fred Lambert’s experience:

Arcimoto definitely put the ‘F’ in FUV. This thing looks like heaps of fun!

But at $19,900, you need to be really committed to alternative EVs to shell out for it. Fortunately, there are no shortage of those types of people in California, Oregon and Washington. And with over 3,000 reservation holders already, I don’t expect Arcimoto will be able to keep up with the demand even with such a high price.

That said, I’m certainly more interested in the $11,900 base model, if and when it eventually arrives. While speakers, doors and a trunk are certainly nice to have, you have to admit that they are kind of funny to have as “options” for a vehicle, even a three wheeled one. I can do without them and pay a little less after production ramps up.

For now, the FUV is best compared to electric motorcycles when considering costs. While the Sondors three wheeled car might be functionally more similar, it is too soon to tell if that car is vaporware.

Instead, the Arcimoto FUV can be compared to something like the Zero FXS ZF7.2. That electric motorcycle has similar specs (85 mph, 100 miles of city range, 2 seater) but costs just $10,495. Sure, you don’t get an extra wheel, locking trunk or doors, but you get something that can fulfill the rest of the transportation utility of the FUV.

On the other hand, there’s another interesting three wheeled and enclosed EV, the Solo from Electra Meccanica. However, that car is a single seater and thus its utility is cut in half compared to both the Zero and the FUV.

When the Arcimoto FUV reaches its base price, it’d be hard to choose the Zero over it. For now, the FUV is still fairly expensive for what you get. But like everything in the EV world, you have to start somewhere. So bravo to Arcimoto for sticking with it over so many years and finally reaching retail production and sales! Here’s one journalist rooting for them and hoping to one day get my own (more affordable) version!