Tesla updated the Model 3 online design studio today to reduce the price of Model 3 by $1,100 across all versions.

The electric vehicle now starts at $42,900 before incentives.

The Model 3 Mid-Range, the least expensive version of Tesla’s newest model, used to start at $44,000 in the US following a price reduction after the start of the federal tax credit phase-out for Tesla buyers.

After an update to Tesla’s online configurator this evening, the vehicle now starts at $42,900.

Here are the new prices for Model 3: 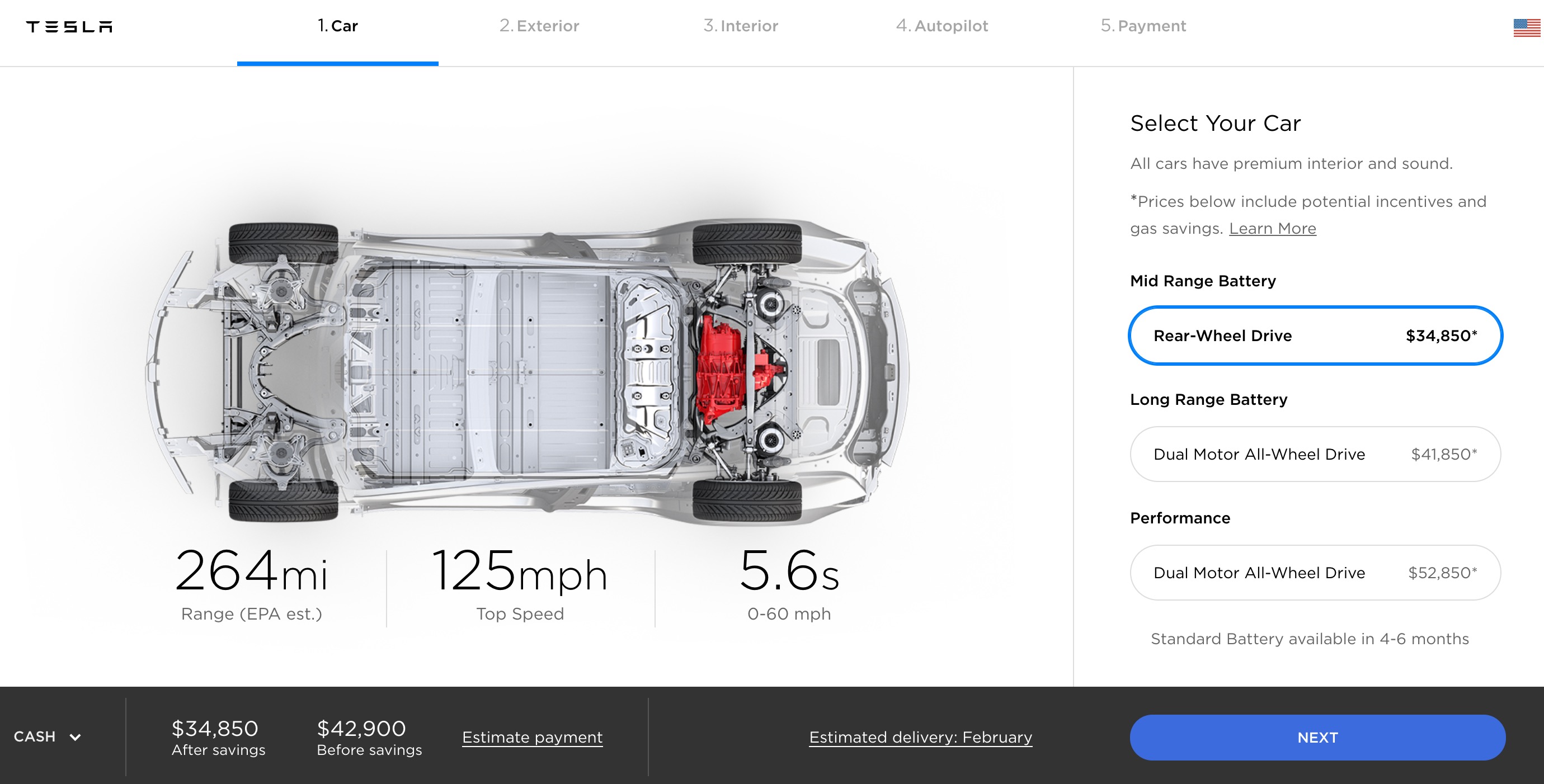 Tesla attributes the price change “primarily” to the end of the referral program.

“Primarily as a result of ending the referral program, which cost far more than we realized, Tesla is able to lower the price of Model 3 by $1,100.”

Last month, Tesla CEO Elon Musk announced that the automaker will end its referral program, which he described as costly, especially for Model 3.

Tesla has been making a lot of changes to its price structure lately.

Last week,Tesla also launched new cheaper Model S and Model X with a software-limited battery pack and changed the prices of other versions of the vehicle – reflecting similar changes.

I think Tesla doesn’t need the demand creation benefit of the referral program right now and it’s why we are seeing them replace the incentive with a price drop.

There’s no doubt that the referral program was costly since Tesla is going to have to deliver over 80 new Roadsters for free, but it was also a great demand driver.

We have to consider the timing of it going away.

Tesla doesn’t need the Model 3 demand right now in the US. They have been accumulating years of demand through the reservation program for Model 3 in Europe and China.

They are just now starting to deliver in those markets.

It means that the demand for Model 3 should be covered for a while.

By the time they need more demand, Tesla is going to have other things than the referral program to drive it, like the base version of the Model 3.

Supercharger V3 and other features could also come into play, but the price reduction is likely going to compensate a little for the meantime.

I think most people would take the $1,100 price drop over 6 months of free Supercharging.