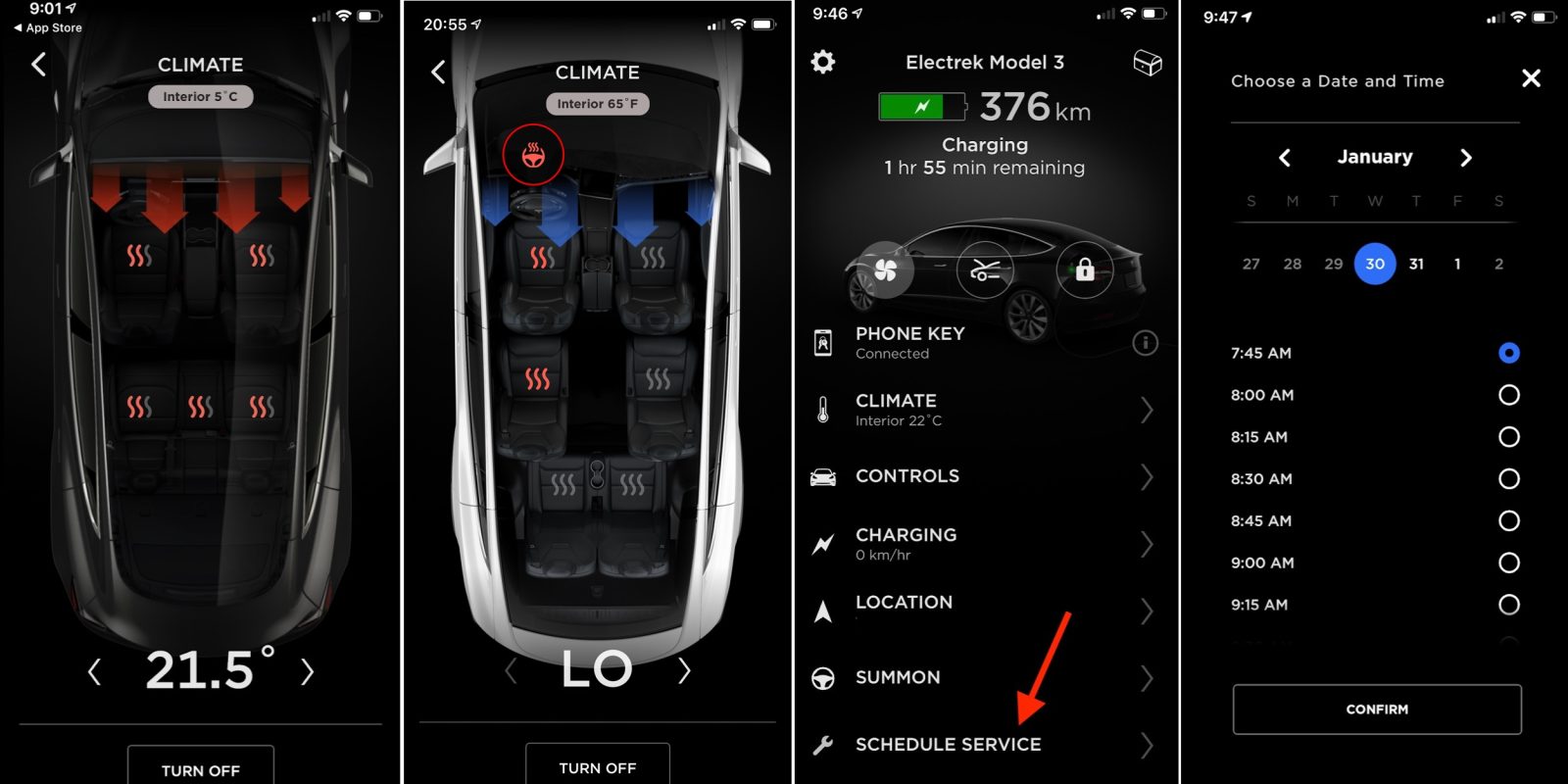 Earlier this week, Tesla released a new version of its vehicle software: 2018.48.12.

With the update, the automaker said that it would release new mobile app features:

“When you precondition your car using the mobile app, you can now turn on, off, or adjust any of your seat heaters. If available in your car, you’ll also be able to turn on your steering wheel heater. Note Requires mobile app version 3.8.0 or greater.”

The problem was that version 3.8.0 wasn’t available, but Tesla has now pushed to update to the app stores on Friday evening.

We can now activate the heated seats in just a few taps in the Tesla mobile app:

If you have a heated steering wheel, like Seth does in his Model X, you can also click on it in the rendering and it will start heating.

Here’s what it looks like in the mobile app:

Furthermore, Musk also said that Tesla would release a new service scheduling option from the mobile app next week.

‘Elon Time’ didn’t apply on this update because the new feature was actually included in this mobile app update.

As you can see, Tesla is incredibly busy. You couldn’t schedule an appoint at the Quebec City service center until January 15 and you have to wait two more weeks for the Montreal service center.

With its rapidly growing fleet, Tesla is going to have to handle a much higher volume of service requests and it’s turning to its mobile app to help.

Last month, Musk said that owners will be able to call a ‘Tesla Ranger’ from the app to get mobile service for some of the “top” known issues that don’t require a lift.

So far, it looks like the new feature in the mobile app only supports service center appointments and not mobile service.

The automaker claims that its mobile technicians can fix over 80% of the issues on Tesla’s vehicles without having to bring the cars to a service center. We have even seen a Tesla mobile service unit swap seats in a Model S on site.

As of earlier this year, Tesla says that mobile service is already responsible for 30% of service jobs in North America

They have been modifying Model S vehicles to use as mobile repair vehicles and expand their mobile service fleet.

Musk said that Tesla is making ‘service and parts’ a priority after they figure out deliveries, which is supposed to be handled by the end of the year.