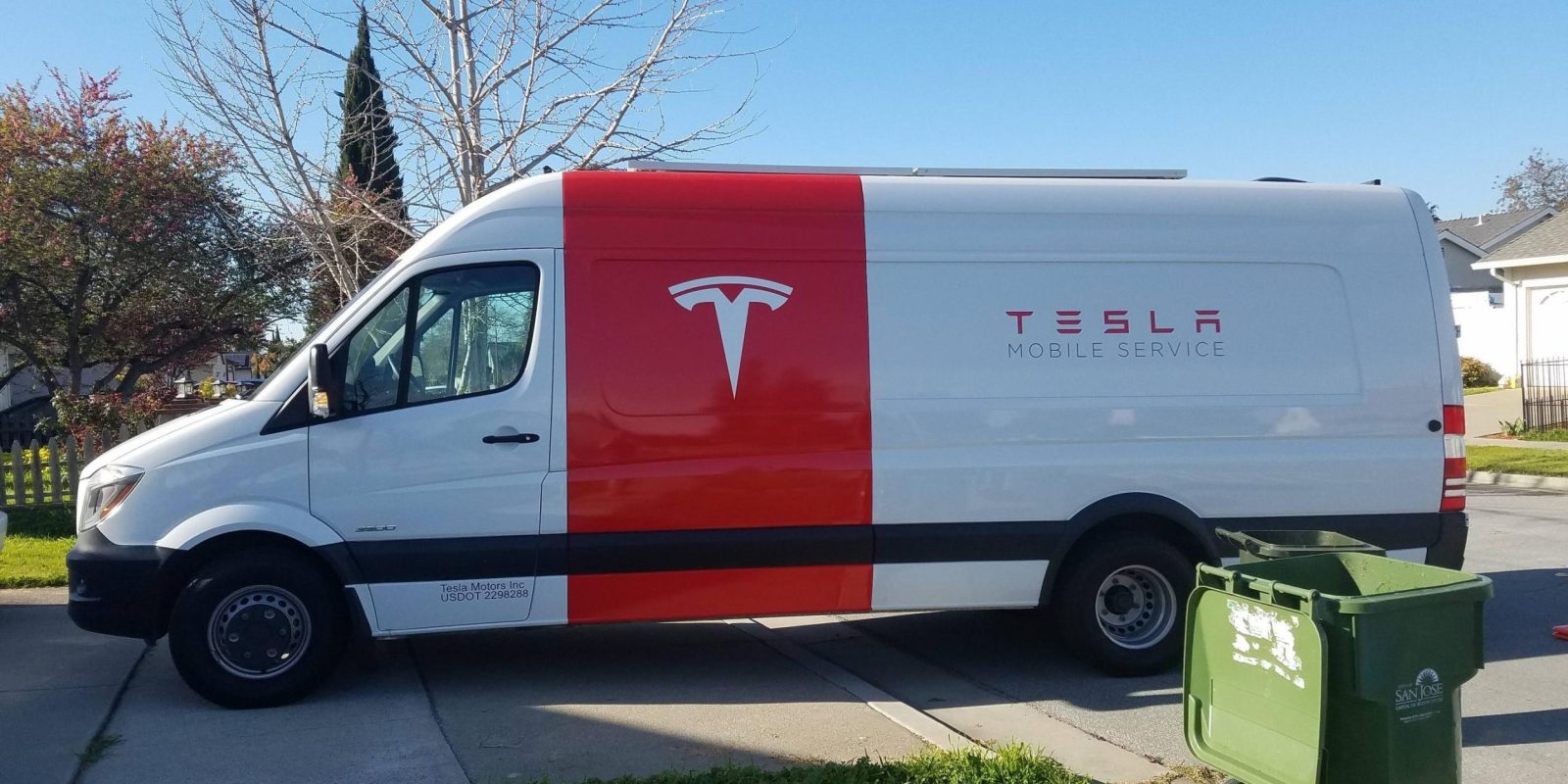 One fear of current Tesla owners, who have had to deal with long waits for certain service visits in the past, was that a huge influx of Model 3s would swamp service centers, causing even longer waits for basic service appointments.  These are reasonable concerns, since Tesla has only ever delivered on the order of 100,000 cars a year so far, and are targeting 500,000 cars a year for the Model 3 once production gets up to snuff.

In anticipation of this, Tesla has been working to add significant service capacity this year.  Today in Tesla’s Q4 earnings report, they gave us an update on their progress by noting that they have doubled service capacity over the course of the last year both through opening new locations and increasing productivity by 50% in existing locations.  Most interestingly, Tesla noted that their Mobile Service trucks are already responsible for 30% of service jobs in North America.

This is notable because not only does it save time and money for Tesla, freeing up service centers to focus on more complicated issues, it also saves time for owners who don’t need to make a service appointment and bring their car in.  Owners can just remain at home or work and have Tesla come to them.  Because of this, Tesla’s mobile service trucks have achieved a 98% internal customer satisfaction rating, which is higher than Tesla’s already-high overall service satisfaction numbers.

It also helps to expand Tesla’s coverage area, because being a small company, there are many places in the US which are quite some distance away from the nearest service center.

But in order to do all of this and to cover cars which live far away from the closest service center, Tesla needs remote diagnostics on the cars – a mobile mechanic wouldn’t want to drive 150 miles to a customer only to find out that he didn’t bring the right parts.  In today’s report, Tesla notes that their remote diagnostics architecture has been redesigned for Model 3, targeting a 50% reduction in physical service visits when compared to Model S and X.

These diagnostics are also important given Model 3’s design for a self-driving future, which we covered in our Model 3 review.  If cars are meant to drive themselves, then it’s important that they know what’s wrong with them without a human around to diagnose the problems.

All of these measures put together add up to a pretty rosy picture for the future of Tesla service, but given that the company is trying to increase their installed base so significantly in the coming few years, there’s still plenty of work to be done.