Last month, Tesla announced a new plan to triple its service capacity. At the core of the plan is a major expansion of its mobile service fleet with 350 new service vans (they currently have over 130 vans on the road).

We now get a glimpse of what Tesla’s mobile service can do.

Tesla explains its new focus on mobile service due to the realization that 90% of the issues on its vehicles can be diagnosed remotely and then fixed by a technician coming to the owner’s home or work without interfering with their schedule.

But what kind of job can they really do from those mobile service vans?

We have seen examples of Tesla’s mobile technicians changing tires and aligning wheels, but as it turns out, they can do much more than that.

A good example is Model S owner Dominic Scaffidi who recently had his entire front seats replaced at home by Tesla’s mobile service.

When he took delivery of his Model S 5 months ago, Scaffidi saw wrinkles in the perforated and cooled leather seats. Tesla’s service team first tried to repair them, but when that failed, they ended up having to make new ones.

The problem is that those seats had just been discontinued. Tesla streamlined its interior options earlier this year.

While the wait for the new seats was long, Scaffidi didn’t have to lose any time to schedule a service appointment to have them installed since to his surprise, they came to his house yesterday to change the seats in less than two hours. He shared a few pictures with us:

It gives us an idea of the range of service jobs that mobile technicians can do without having to bring the car to Tesla’s service centers, which are often busy in Tesla’s biggest markets.

When we reported on the mobile service back in March, some had doubts that Tesla would be able (or even try to) scale the initiative with the upcoming Model 3, but the latest service expansion plan makes it look like a priority.

Here’s a side-by-side of Scaffidi’s old and new seats in his Model S:

There’s a lot of electronics invovled with the seats of a Model S, of course, in order to operate the seats’ convenience and power features, but also safety systems to manage the Supplemental Restraint System (SRS). 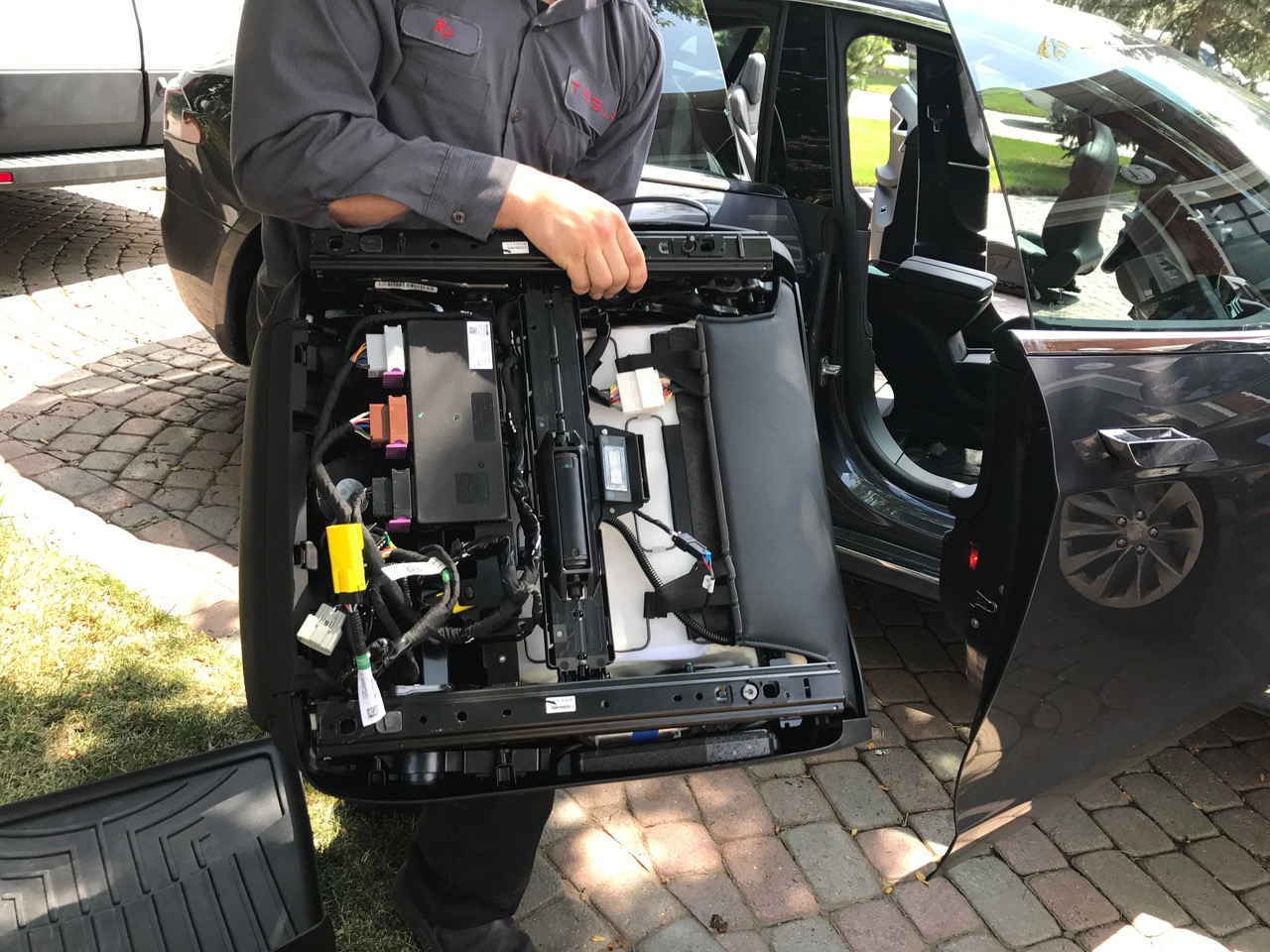 Therefore, it’s not exactly a simple job, which makes it somewhat impressive that Tesla can do it at the customer’s house or workplace.

At the other end of the spectrum, Tesla sent a technician to my house a few months ago to change a simple door latch in my Model S. It saved me a two-hour drive to the nearest service center.

Let us know in the comment section below if you know of other jobs that Tesla’s mobile service can perform.

All picture credit to Dominic Scaffidi