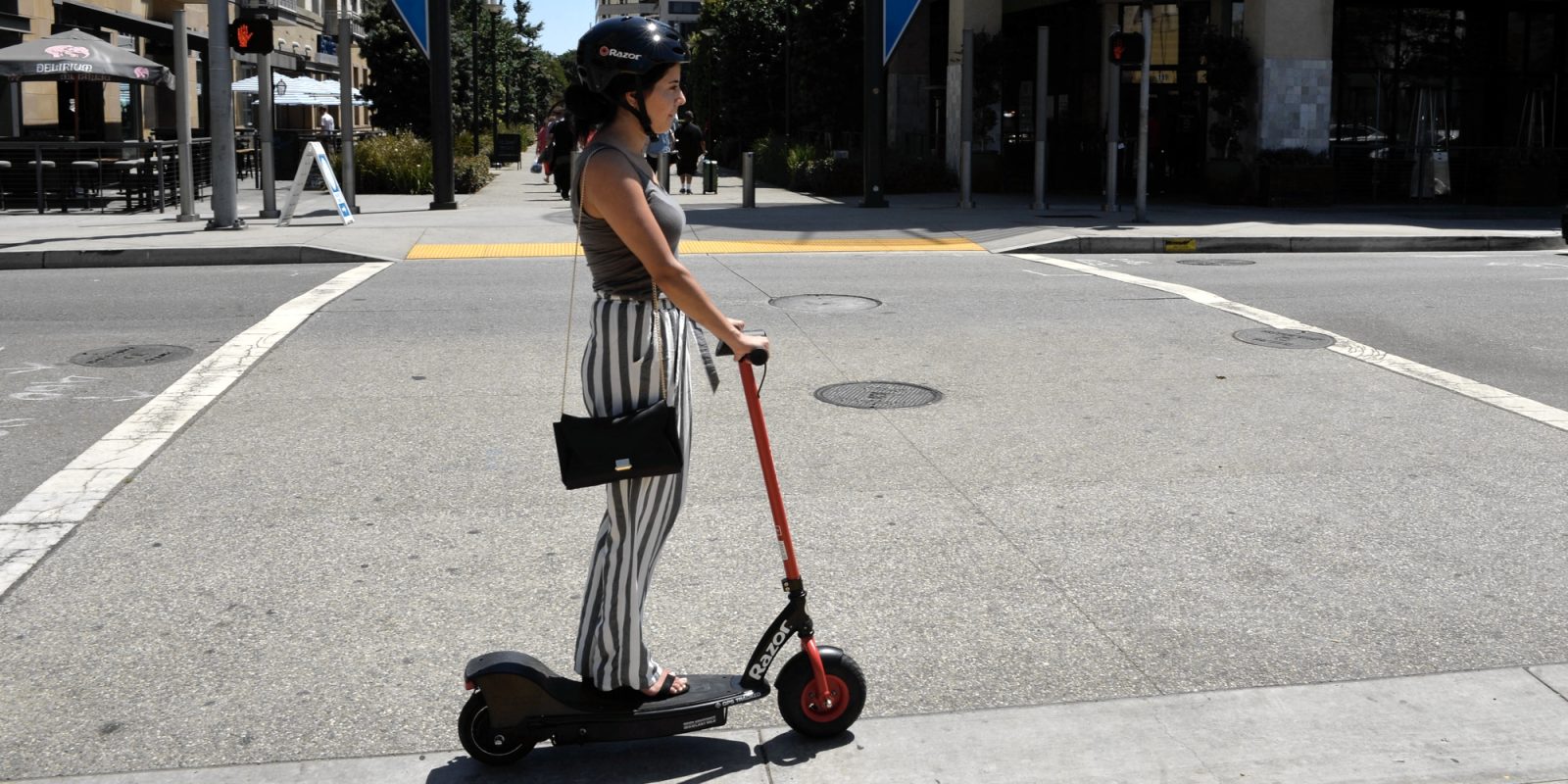 Electric scooter shares have shown massive growth in cities around the US and internationally over the past year. The tiny EVs are intended to serve as “last mile” type vehicles which help commuters navigate cities faster than walking and more conveniently than taking public transportation. Riders can hop on a scooter anywhere they can find one, paying just $1.00 plus 15 cents per mile and dropping the scooter off anywhere in the city – no docking station required.

So far, the major players have been larger companies such as Bird, who is reportedly the fastest US startup ever to reach a $1 billion valuation. But with the massive growth displayed by the fledgling industry and venture capitalists tripping over each other to throw money at the startups for fear of missing the gravy train — err, gravy scooter, new electric scooter share companies are popping up all over the place.

The latest isn’t actually a new company at all: Razor.

Yes, that Razor from your childhood.

The company first launched in the year 2000, selling simple and inexpensive kick scooters that defined the sidewalk and driveway play of a generation of kids.

Razor first raised eyebrows back in June when they applied for one of five sought-after permits to operate an electric scooter rental service in San Francisco, revealing their intentions to throw their own hat into the electric scooter share ring.

Now they’ve debuted their new scooter share in Long Beach, becoming the first scooter share company to receive a permit from the city to operate. 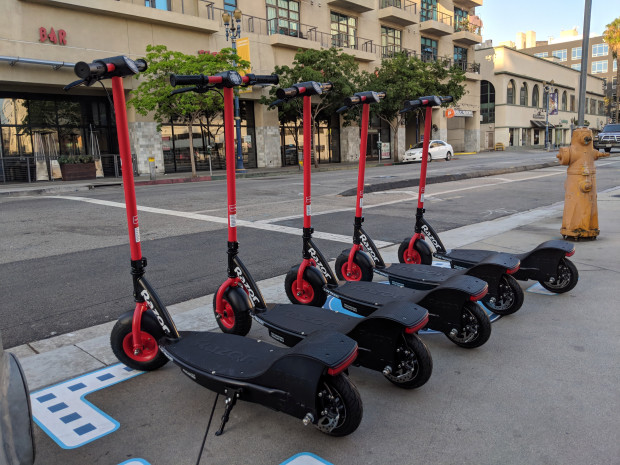 According to the company’s Chief Operating Officer Danny Simon:

“We are thrilled to be in Long Beach and we are looking forward to being a strong partner with the City. Our goal is to bring a great ride to the residents of Long Beach that is fun, safe and convenient. With our global headquarters about 15 miles from Long Beach, we are excited to be a part of this community.”

Unlike San Francisco, where Lime, Bird and Spin all began pop-up operations in an attempt to gain market share before receiving cease and desist orders from the city, Long Beach was pro-active and forbade entry to any electric scooter company that didn’t receive a city permit. This is part of Long Beach’s pilot program which will be in place until October, at which point the city will evaluate data gleaned from the program to determine if the program should be continued.

This helped Long Beach craft a series of policies designed to assist the scooters and their riders to better co-exist with pedestrians and drivers in the city.

For example, to keep the dockless scooters from becoming obstacles strewn all over the sidewalks like in other cities, Long Beach requires the scooters to be parked in designated scooter drop locations spread around the city. This compromise keeps the scooters dockless but helps manage the concerns of business owners, pedestrians and the disabled that don’t want to navigate an obstacle course of knocked over scooters littering the sidewalks.

Razor is embracing these regulations. According to Simon:

“There’s a few things we’re doing differently than other companies. Our goal is to truly be proactive with the scooters, how they are positioned around the city – to resolve complaints before they happen.”

In addition to the parking solution, Long Beach’s scooter permits also require companies to give free helmets to riders within 24 hours of a request, respond within 2 hours to complaints of misplaced scooters, and the companies must present the city with a monthly report on trip data, user demographics and contact with police.

The city has made great efforts to avoid the problems caused elsewhere by unregulated scooter shares. Long Beach Mayor Robert Garcia even took to Twitter weeks in advance of the program’s debut to prepare residents and alleviate concerns.

I’ve read almost every article about these scooters and understand the concerns – which is why we are piloting a program that takes best practices from other cities. This is not a perfect science and adjustments will need to be made as we go.

With five more permits available in Long Beach, additional scooter share companies may also be hitting the streets and paths of Long Beach in the coming weeks. Each will no doubt be looking for their own slice of the pie in what has become a surprisingly cutthroat industry of seemingly otherwise laid back little EVs.

This seems like the right way to do it, proactively creating a system of regulations that allow scooter share companies to provide a truly convenient service to consumers without allowing them to devolve into a nuisance.

Sure, it makes it a bit harder on the companies as they can’t operate with the Wild West tactics that Bird first displayed when rolling out in countless cities across the country. But in the end it should generate much higher public acceptance of the scooters which is ultimately beneficial to riders, scooter share companies and cities alike.

I’d love to see these kinds of common sense programs in other cities. The scooters are here to stay – the companies are just too big and the scooters are too convenient to go away. The least we can do is help guide them into a form that is more beneficial to everyone involved.