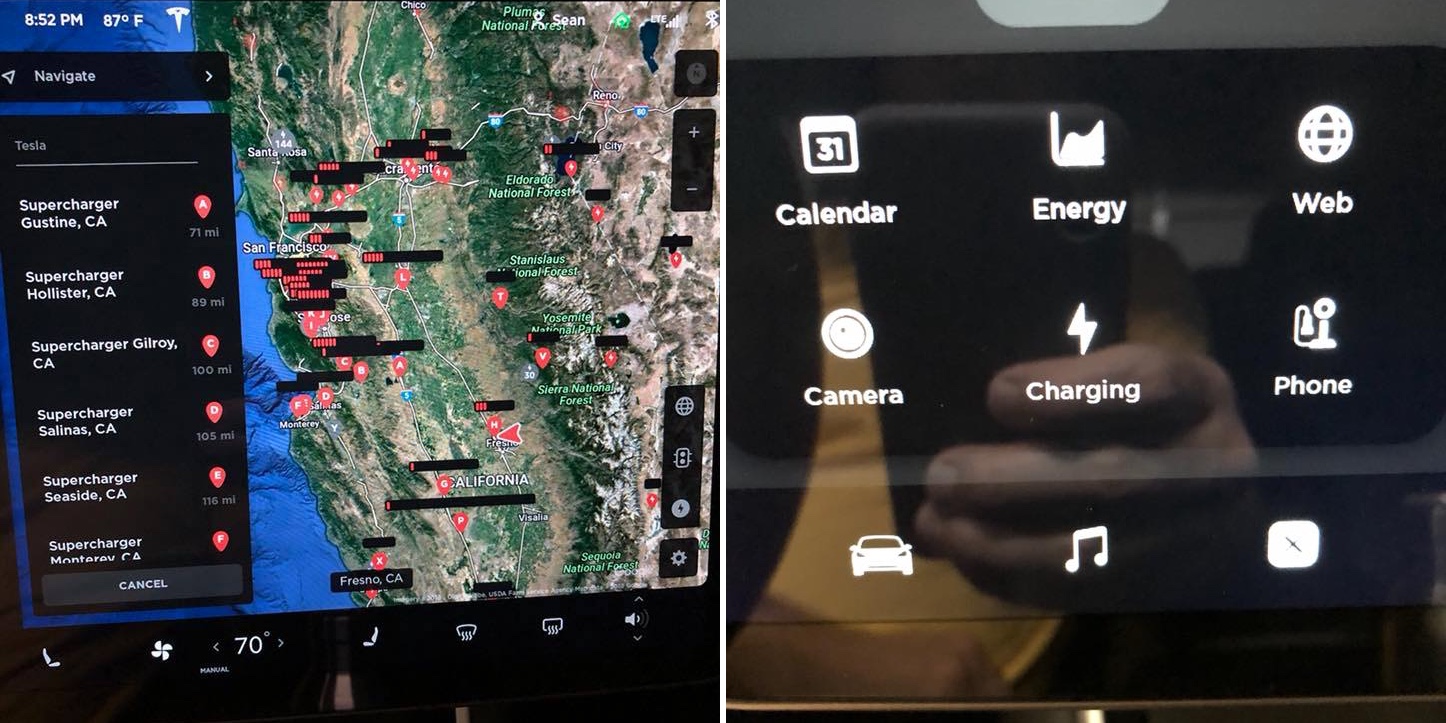 We have already seen an early version of Tesla’s upcoming Version 9 update on a Model S, but the version is going to be a bit different on Model 3.

Now we get a first look at Tesla’s new version 9 software update on Model 3.

The biggest change with the version 9 user interface is that it brings the same design currently in the Model 3 to the Model S and Model X.

But as for the Model 3, a source also told us last week that it will finally bring the Calendar, Web Browser, and Energy applications to Tesla’s new vehicle.

It has now been confirmed with the release note of Version 9 for the Model 3 leaking on Facebook (via Mark Benton):

Version 9.0 introduces new applications including Calendar, Energy and Web Browser which can be accessed from the application launcher in the bottom bar. For those with Enhanced Autopilot, we are also introducing Navigate on Autopilot (Beta) – our newest convenience feature, designed you to get your destination more efficiently by guiding your car on and off the highway. Finally, we have made improvements to the Tesla mobile app, Status Bar, Navigation, Climate, Media, Seatbelt Card in addition to several safety features.

The notes confirm what we already knew and it also includes the change of the development name of ‘Drive On Nav’ to ‘Navigate on Autopilot (Beta)’.

The capabilities of the system have yet to be clearly explained by Tesla, but we should know more by the wider release.

As we reported on Sunday, the biggest change to the navigation system on the Model 3 would be that the navigation upcoming actions are now on the left side, closer to the driver, and the settings are going to the right side.

Here are the new navigation app on the Model 3 with version 9 and the new app launcher (via Mark Benton):

But one new thing that we learn from the release notes is an upcoming new mobile app integration that will enable drivers to remotely launch navigation in car from a mobile app.

Tesla wrote in the notes:

With this car software version, you can now do even more with your vehicle from the mobile app.

You can now start navigation in your car by using the share button in your favorite phone apps. In iOS, you can enable sharing to your vehicle by opening up the app you want to share from, tapping the More button in your sharing menu, and then scrolling to the right until you find your vehicle.

You can also allow your passengers to quickly control the media, Play/pause, previous/skip, and cycle through your media favorites. Note: You can disable this feature by going to Media Setting > Allow Mobile Control.

It sounds like there will be somewhat of an integration with some mobile applications.

New release notes aside, it looks like the same version that we reported on Sunday because Benton reports that there’s still no sign of the dashcam feature – even though Musk said that it will be in the first version of the software.

Update: a source supplied more info to Electrek about a different version of the new update with the dashcam feature: Here’s how Tesla’s new dashcam feature using Autopilot cameras works

It also includes an updated animation to control the air flow:

And a little video of the new AC/Heat controls. pic.twitter.com/eW1B8e9MY7

It could still change by the time Tesla releases the update to the wider fleet.

As Musk said yesterday, Tesla is now aiming to release its highly-anticipated version 9 update by the ‘end of the week’.

The update might now be rolling out to beta testers, which could be explaining the leak.

Update: Benton has now released more images of the Autopilot UI update, which now includes renderings of motorcycles and trucks: